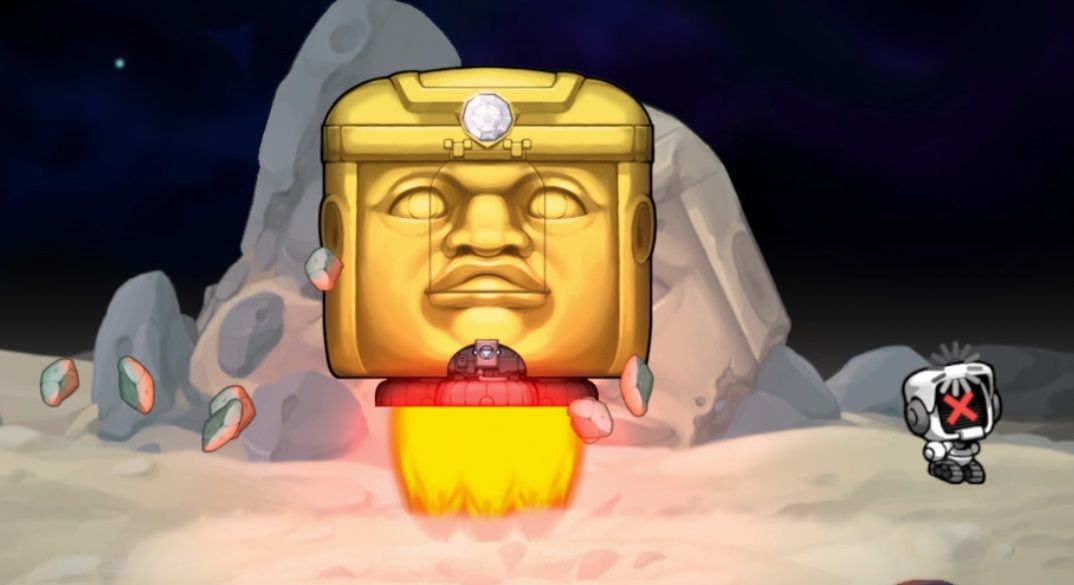 Great moments in PC gaming are bite-sized celebrations of some of our favorite gaming memories.

How many games save their best stuff for last?

One that does come to mind is Mass Effect 2’s Suicide Mission, which we still hold up years later as the high point of the series. But otherwise, I can understand why many games are reluctant to nest their best bit of story, best boss, or best level at the very end. A surprising portion of players don’t finish games, after all.

Spelunky 2, even as one of the best platformers of this generation, is no exception to that practice. According to Steam achievement stats, only 60% of players have even made it past the opening four levels of the starting area, The Dwelling. This takes about 10 minutes. Even accounting for people who own Spelunky 2 but haven’t played it, that’s discouraging data if you’re a developer. Further down the achievement list you can see that just one in five players have acquired the Ankh, a crucial item that imparts an extra life. You get it by beating the game’s first boss, Olmec, the “proper” way, dropping his giant golden cabeza into lava.

4.6% of players—fewer than one in 20—have managed to reach the Cosmic Ocean, the repeating sequence of 95 randomized levels that sits beyond Spelunky 2’s hardest ending. Honestly, I get why. To get there, you have to perform an elaborate chain of maneuvers, the equivalent of performing a scavenger hunt while running a marathon.

Phew. All this in a procedurally-generated world where lava, wasps, and teleporting croc men are jumbling around in a knife-drawer world.

But waiting at the end of this elaborate chain is something magical: the Cosmic Ocean, a celestial marathon of 94 levels that Spelunky 2 culminates in. This is Spelunky’s endgame, and it’s ingeniously designed, transcendent chaos. Spelunky 2 shuffles the tile sets from eight of its preceding stages and sets them against a starry infinite—if you fall off the edge, you simply loop back to the top of the level. A giant cosmic jellyfish blocks the door until you (or something in the environment) pop three purple orbs, which unleashes the jellyfish on a circling, homing path on your character.

Mossmouth’s decision to repurpose existing levels gives them new life. Your techniques for dealing with familiar enemies and traps have to adapt to their new context: in the infinite void, a poisoned arrow or bumbling caveman can fall forever.

This endurance slog (the best Spelunky 2 players in the world can sprint 7-99 in just under an hour) is mellowed by the game’s best music: an 11-minute melody that coats each tense moment in a zenny peacefulness. It’s a perfect coda that provides Spelunky 2’s acrobatic speedrunners with a treacherous stage to show off, and for the average player, a feeling of wonder that sustains as long as you can stay alive.