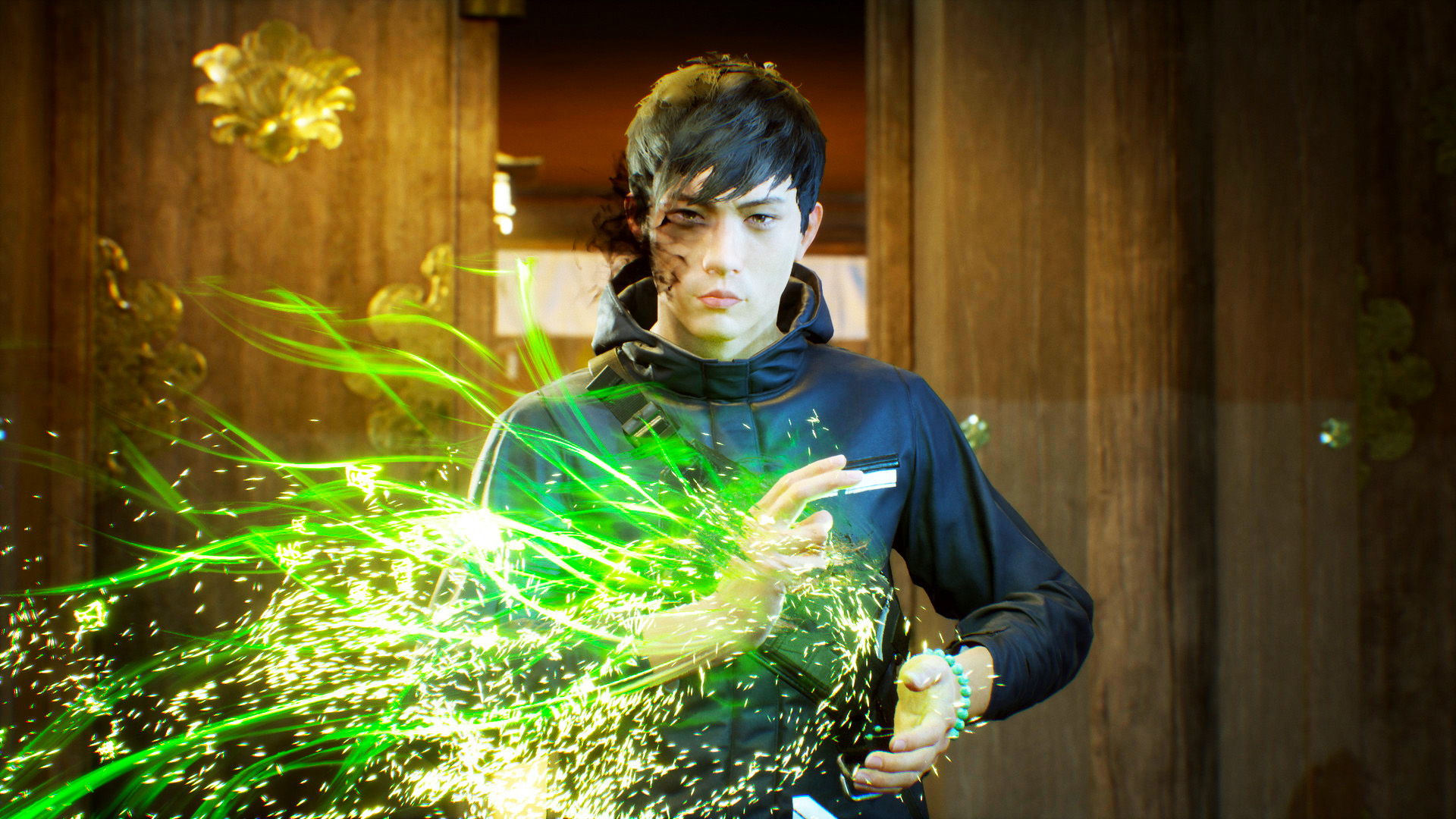 99% of Tokyo’s population has mysteriously vanished into a thick fog, ghoulish entities patrol the land, and my body has been commandeered by a spirit. In my Ghostwire: Tokyo preview, I find myself hurling green gusts of energy at faceless businessmen while the spirit guides me through my newfound powers. Rushing through the deserted streets as I go, I pass piles of clothes strewn along the pavements and stairwells. These are all that remain of the city’s inhabitants.

We’re dropped into the shoes of Akito, one of the only survivors of the paranormal incident, who’s on a mission to save his sister, Mari. However, KK – the mysterious ghost who now shares Akito’s body – has other ideas. My preview session covers Ghostwire’s opening two chapters, in which the pair realise they’ll need each other’s help to accomplish their goals and begrudgingly work together. Akito harnesses KK’s elemental abilities, using wind, water, and fire to keep Tokyo’s new ghoulish residents at bay as the pair search for the elusive group behind these strange events.

After the story-driven first chapter, Ghostwire opens up and I’m able to explore a portion of Tokyo in chapter two. Now shrouded in a thick mist, Akito must locate and cleanse Torii gates to reveal more of the map. There are thousands of human souls trapped in the city, and it’s up to Akito to collect them using a katashiro (a Japanese paper doll), and eventually return them to their human hosts. Thankfully, there’s a simple system for sending these helpless souls on their way – Tokyo’s phone boxes double as soul repositories.

In the meantime, there are still plenty of animals and roaming spirits in need of help. Along with his elemental powers, Akito is now able to read animals’ thoughts. From buying items from feline vendors to embarking on side quests with friendly Tanukis, it seems like Akito fancies himself as much of a ghostbuster as Dr Dolittle. These side quests often have you tackling missions that don’t involve combat, giving you a chance to learn more about the city and its community. 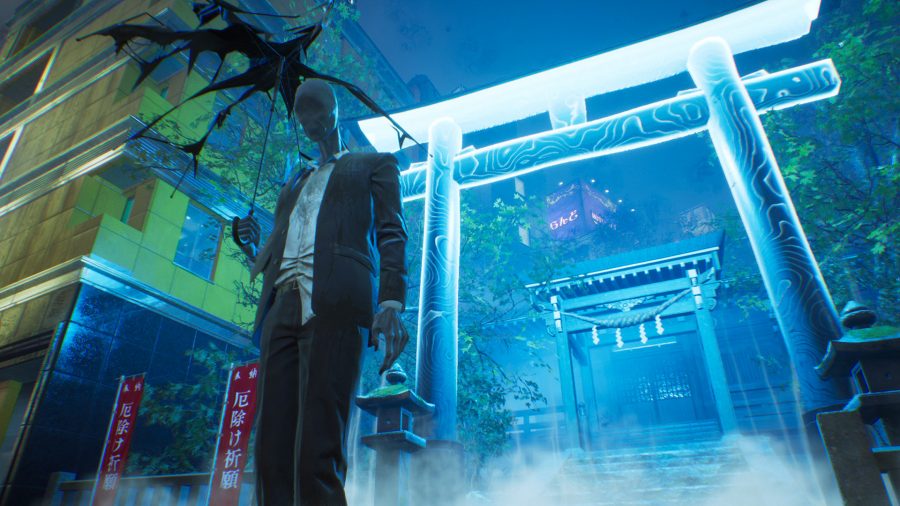 Speaking of which, Ghostwire: Tokyo’s flashy combat relies on Akito channelling different types of energy with his hands, resulting in a firework display of gorgeous animations. Casting spells like Dr Strange looks incredibly cool, but unfortunately their effects don’t land as well as they should; in the opening hours, most of Akito’s abilities feel underwhelming, with enemies soaking up your attacks like occult bullet sponges.

After spending most of your spiritual ammo to wear an enemy down, you’ll have the opportunity to crack open their core and recover some of your resources. It’s similar to Doom Eternal’s glory kills, but while they fit perfectly in a game that makes you feel unstoppable, they feel somewhat out of place in Ghostwire: Tokyo. The pitiful impact that Akito’s powers have on enemies at this early stage means you’ll run out of energy quickly when faced with a group, and even after a string of ‘glory kills’, I found myself having to duck out of fights to hunt for energy in nearby objects. Nothing undermines the fantasy of a badass haunted sorcerer like diving into a dumpster in search of magic ammo. 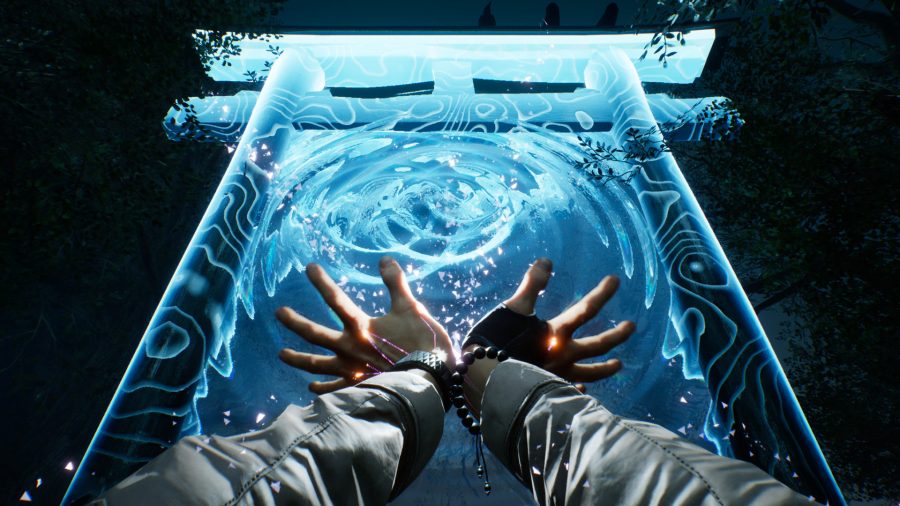 For a game as imaginative as Ghostwire appears to be, its enemy designs are surprisingly generic. In the opening chapters, the majority of the enemies consist of headless school girls and faceless men and women in vaguely businesslike attire. Occasionally an enemy will deploy a magic-proof umbrella to block incoming attacks, but there’s not much more variety in their tactics than this, and most encounters feel dull and repetitive. The latest trailer for Ghostwire: Tokyo shows off terrifying creatures which I must assume will appear later on in the game; it’s just a shame we didn’t see a glimpse of that early on.

I’ve spent three hours with Ghostwire: Tokyo and in that time I’ve talked to cats, saved thousands of souls from being harvested, and hunted down numerous evil spirits. It’s clear we can expect a detailed world with plenty of secrets to discover as the story progresses, but so far I’m more confused than intrigued. Perhaps this is deliberate – the game is supposed to be mysterious, after all – and I’m willing to stick around and see if there’s a moment when it all clicks.