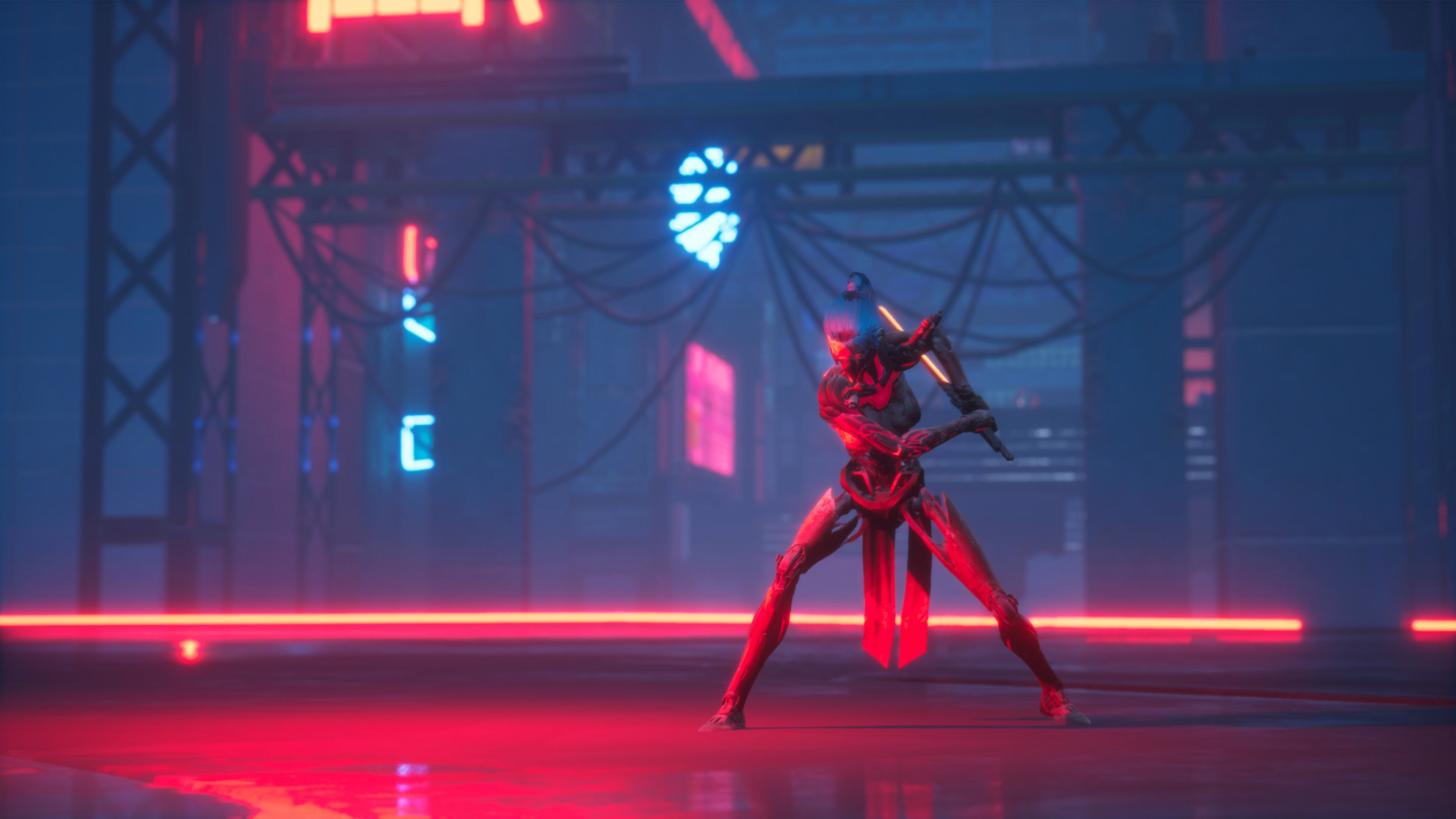 Taking place prior to the events of the main game, the campaign built for first-timers and Ghostrunner veterans alike stars Hel, a combat android quelling a rebellion at the base of the tower-city.

Hel’s true motivation is her hatred toward the creators who kept her chained between assignments, but internal programming keeps her from killing them outright, so she follows orders while looking for loopholes to disrupt her creators’ plans.

With no biological parts, Hel was created with cobbled-together AI which has redered her unstable, impulsive, and angry. These traits manifest in Project_Hel’s new Rage bar which you fill by killing enemies to gain abilities. With Hel’s distinct moveset, you will battle four new enemy types and two bosses across seven levels. She can use an attack-negating Shield, can bypass enemy defenses with Unblockable strikes, and strike from afar with energy Surges.

Instead of using a grappling hook like original protagonist, Hel makes use of her Super Jump ability both for traversal and combat. She can also air dash and use a Sensory Boost to quickly visualize trajectory. You can upgrade her abilities further thanks to a revamped progression system.

Project_Hel is available now on Amazon Luna, PlayStation 5, PlayStation 4, Xbox Series X/S, Xbox One, and PC via Steam, the Epic Games Store, and GOG. The Nintendo Switch version will launch in the near future.

Throughout March, the million-selling Ghostrunner will be free on PlayStation 5 for PlayStation Plus members.