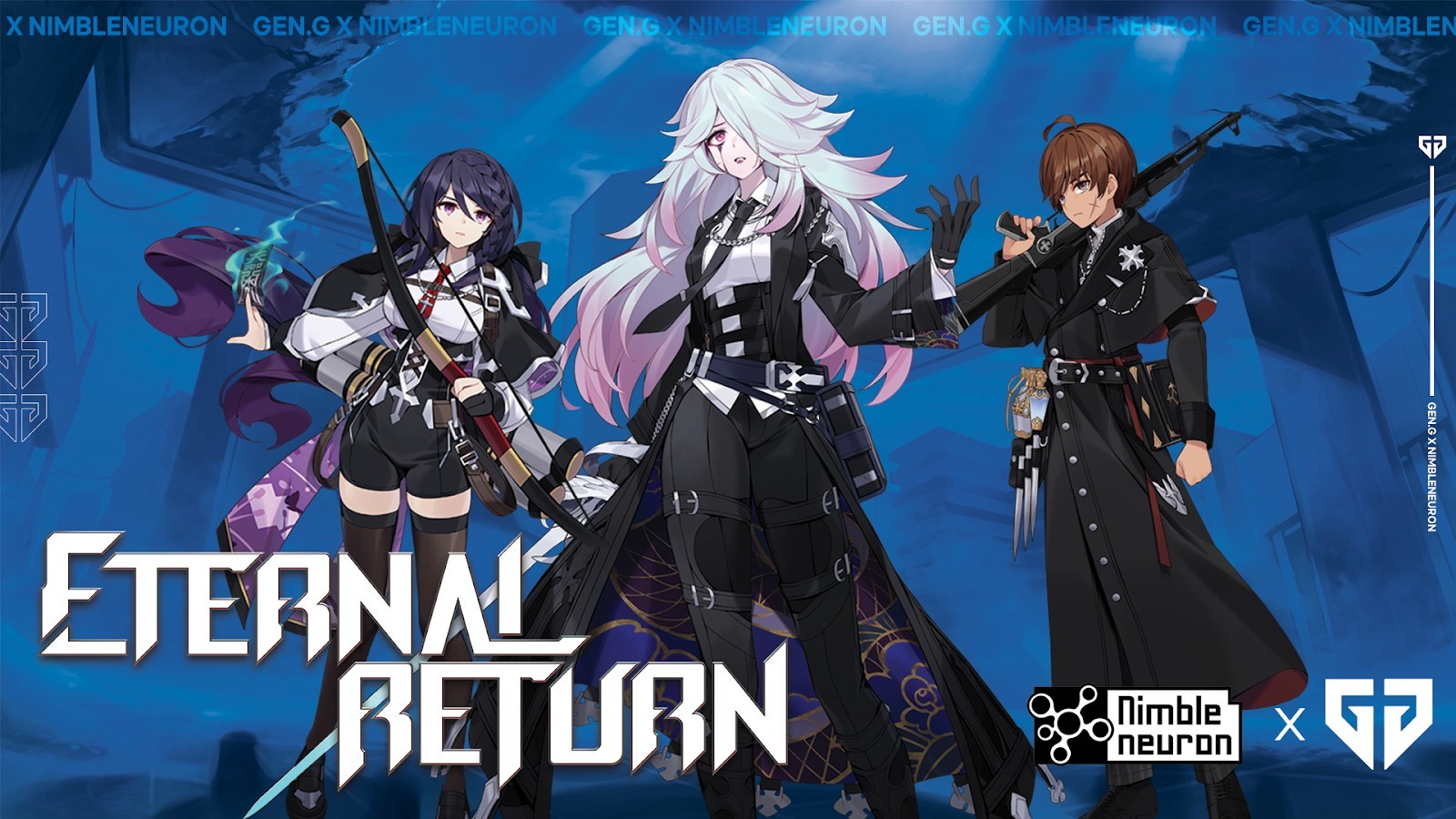 As a result, both parties will collaborate on a range of activations to accelerate the growth of the developer’s Eternal Return game.

The partnership commences on March 23rd at the Game Developers Conference with a themed party for event attendees and influencers. In addition, Gen.G’s PC cafe in Seoul will host a community play event where fans can play with Eternal Return streamers.

Arnold Hur, CEO of Gen.G, spoke on the collaboration: “We’re taking what a partnership has traditionally meant in the esports space and flipping it on its head. Gen.G has always been about cultivating an inclusive and widespread community worldwide where fans could come together to celebrate esports and gaming as a whole.

“Working with Nimble Neuron to put eyes back on their exciting IP is giving us the opportunity to expand our reach beyond the silo of esports to expand their reach to the larger competitive community.”

Alongside the activations, Gen.G will launch the Eternal Return Collegiate Club Program, a network supported by both parties through sponsorship and mentorship opportunities.

Teams formed by institutions, including the University of Kentucky, will compete in official tournaments leading up to the Eternal Return College Cup event.

Nam Seok Kim, CEO of Nimble Neuron, also commented: “We are very excited to open this new chapter of Eternal Return with Gen.G Esports, who have continually challenged themselves to build a worldwide audience as well as in Korea.

“With this global collaboration with Gen.G, Eternal Return will focus on delivering engaging experiences to game players and esports fans worldwide as we level up our innovative experiences, both within esports and beyond.

Esports Insider says: The partnership between Gen.G and Nimble Neuron looks to be beneficial for both parties. The developer receives plenty of exposure while the organisation gets the opportunity to expand further into the gaming industry.

Kevin Hart Gets Real About Will Smith’s Oscars Slap And How The World Should Treat His Situation With Chris Rock
Chicago Fire’s Latest Casualty Reacts to Stunning Exit
TO DO NYCC week: Cloaked Crusader George Washington Comics at Fraunces Tavern
DC’s 2023 ‘Lazarus Planet’ Event Explodes out of ‘Batman vs. Robin’!
Did You Know Gaming? takes a look at cancelled Zelda game Heroes of Hyrule