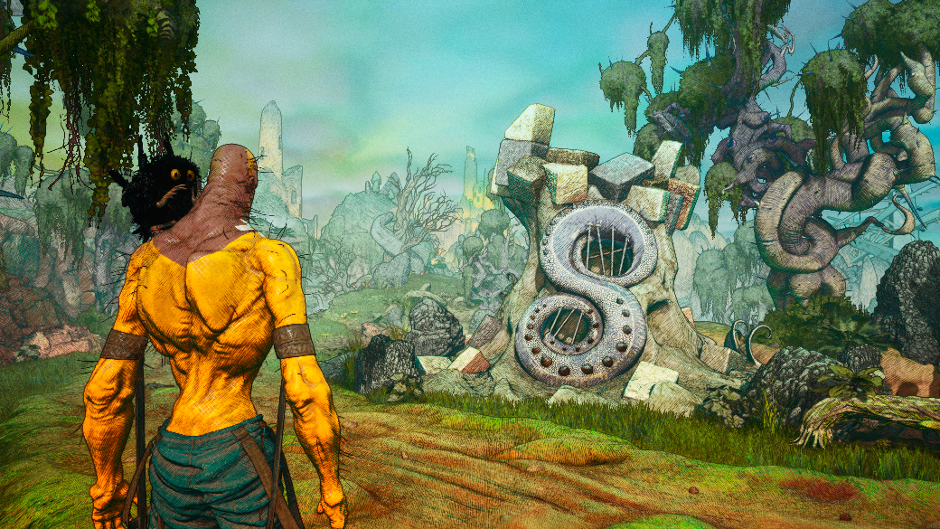 Due to launch on Xbox One, Xbox Series X|S, PS4, PS5 and PC (through both Steam and Epic) in November 2022, the first gameplay trailer for Clash: Artifacts of Chaos has now been revealed.

It was shown off during the latest [email protected] Showcase, as French publisher NACON and the Chilean studio ACE Team presented the first gameplay images for Clash: Artifacts of Chaos.

A game which is scheduled for release in November 2022, Clash: Artifacts of Chaos will offer up a unique blend of exploration and unarmed combat. The player will develop a friendship with a frail creature and protect it from mercenaries, within a universe which graphics style will surprise most players.

Clash: Artifacts of Chaos has been developed by the same studio who were previously behind the widely-praised The Eternal Cylinder. It is set in the strange universe of Zenozoik, a punk-fantasy world introduced in Zeno Clash 1 & 2. It’s here where you play as Pseudo, an accomplished fighter who lives as a recluse. Your encounter with the Boy leads you to explore this surreal world to protect him against the Mistress of the Artefacts that covets the mysterious powers of this little creature.

Pseudo is confronted by strange enemies as you – the player – run free to adapt to situations and the specific abilities of the opponents by alternating between various martial arts. Before each combat situation the player can choose to challenge the enemies using the Ritual, a board game that could provide advantages or handicaps. At the end of the Ritual, the player may see their opponent’s movements limited by a chain, be forced to fight in a fog cloud, or even summon a monster as an ally.

Release is planned for November 2022, when Clash: Artifacts of Chaos will be available on Xbox One, Xbox Series X|S, PS4, PS5, Steam and Epic. You can wishlist the game on Steam right now should you so wish.

We’ll keep you updated as and when we can. For now though, hit up the trailer below.