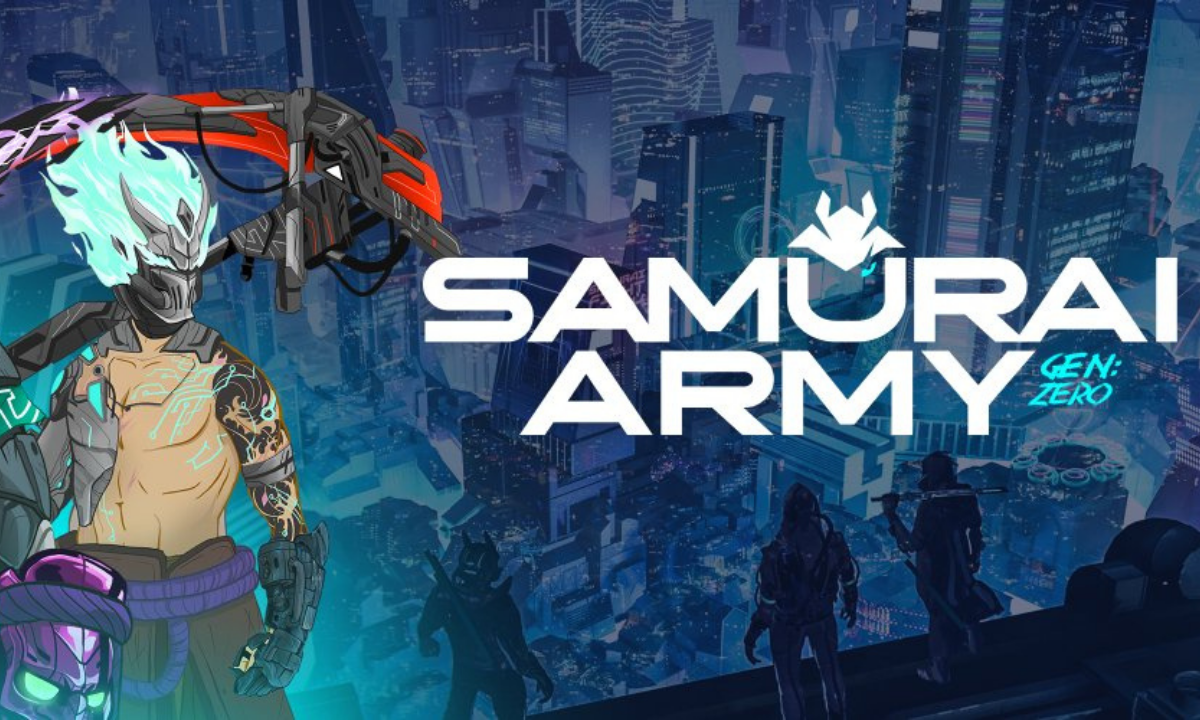 Samurai Army will be a series of randomly generated samurai NFT’s. Each one will be unique, with the official website of the project stating that there are 6262 possible combinations of samurai to collect.

According to G2 Esports, the project is a ‘social club for gamers’. Members of the Samurai Army will be able to develop the backstory of each samurai, defeat bosses and earn rewards.

Carlos Rodriguez, CEO of G2 Esports, commented: “We built this project for those that believe in G2 and our commitment to engage with our fans physically and digitally for decades to come, rather than those looking to make a quick buck.”

Samurai Army is expected to hold numerous rewards for members, such as paid trips to major events, signed jerseys and equipment, as well as access to special events for members. Holders of the Samurai Army NFT’s will also get early access to future G2 NFT’s that aim to celebrate the organisation’s achievements, expansions, player moments, and more.

This is not the first time G2 Esports has announced an NFT project. The organisation partnered with NFT and cryptocurrency company Bondly in 2021 to create a series of G2-themed NFT’s. This partnership, however, seems to have been cancelled. The original press release was deleted from G2 Esports’ website and no new updates regarding this partnership have been announced.

Although information about the project is lacking, the official website notes that there will be a ‘free airdrop’ taking place in which interested buyers will be able to get a hold of their first G2 Samurai Army NFT sometime in February 2022. Intial details about the partnership were first reported by EsportsNewsUK earlier today.

Ben Sparango, Head of Business Development at Solana Labs, added: “I’m thrilled to have G2 building in the Solana ecosystem. G2’s mission with the Samurai Army, creating more meaningful experiences through the use of digital assets, is the embodiment of our ecosystem ethos and a huge step forward for decentralized communities. G2 has chosen Solana as the viable solution for their long-term company and community ambitions in this space, and I can’t wait for everyone to experience what they’ve built.”

Esports Insider says: G2 Esports is known for bold ideas and this is perhaps one of the bolder ones we’ve seen. The organisation aims to create a club for NFT owners that will offer unique perks and also new drops. It’s all very secretive as of yet so we’ll have to wait until February to find out what the new Samurai Army project actually has to show.

‘Avatar 2’ Rises To No. 5 On All-Time Global Chart; Will It Overtake ‘Titanic’ Next?
Law & Order: Organized Crime Season 3 Episode 12 Review: Partners In Crime
Lexie In ‘Safe Haven’ ‘Memba Her?!
Wizards of the Coast fully retreats from D&D license changes after community outrage
Rian Johnson Wants To Make A Key Change To The Knives Out Franchise After Glass Onion