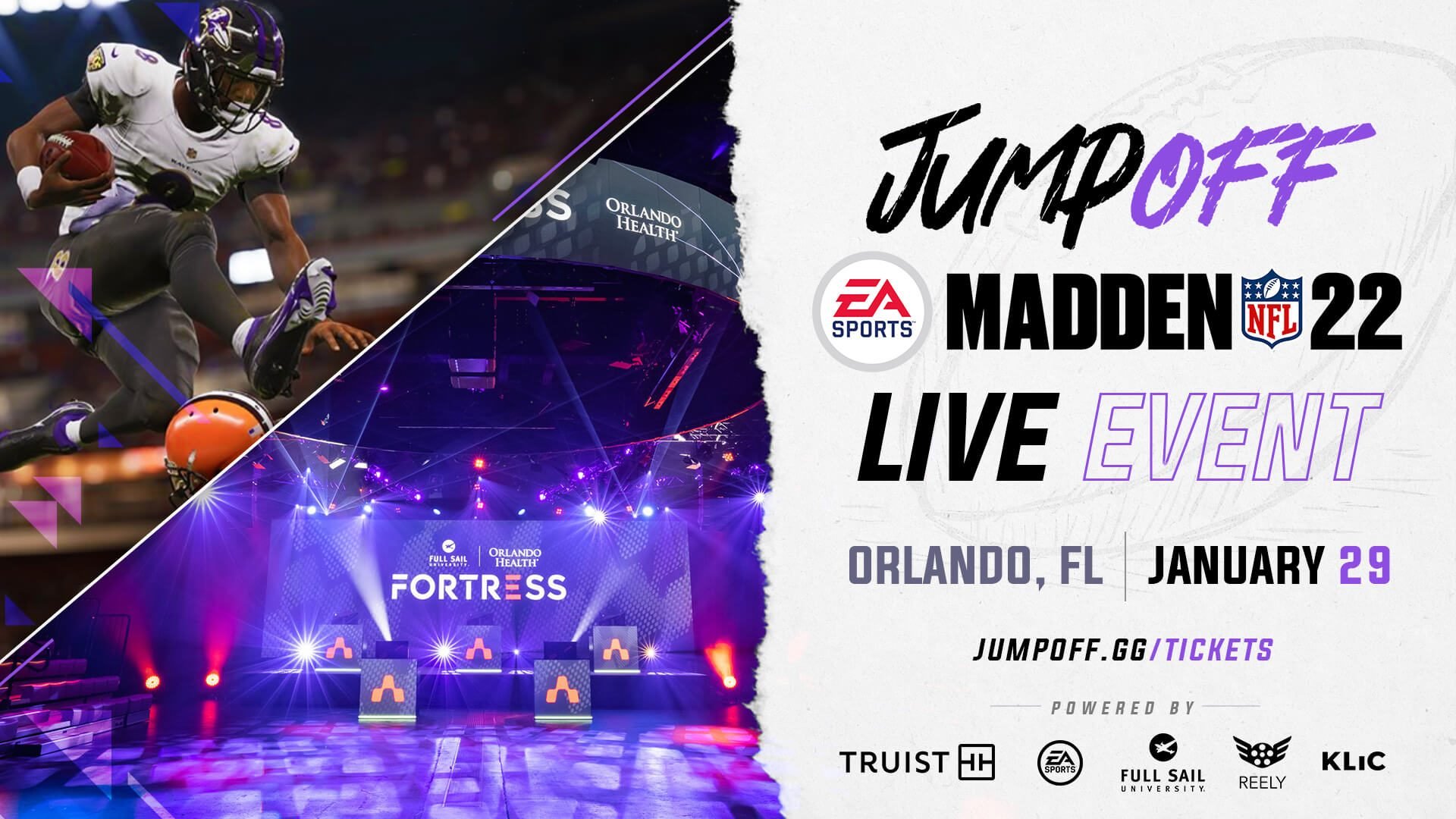 Full Sail University, a tech-focused university in Florida, has partnered with streaming platform Klic.gg and the T.Ross Podcast for the Jump Off: Madden NFL 22 Finals.

The event will be hosted by Orlando Magic guard Terrence Ross and Stephen Madison, executive producer and co-host of the T.Ross Podcast, and will take place in Orlando, Florida. The tournament will feature a $24,000 (£17,600) prize pool.

RELATED: DreamHack partners with Full Sail University for DreamHack Beyond

According to a release, the tournament will be officially supported by EA Games, the developer of the Madden franchise, and will feature Madden players, as well as content creators and celebrities.

The event will take place live at the Full Sail University Orlando Health Fortress, the largest college esports arena in the United States. The qualifiers for the tournament will be held online, and the finalists will be offered a trip to Florida to compete in the finals.

Terrence Ross, Co-Host of the T.Ross Podcast and NBA Slam Dunk Champion, explained: “Being in the position in my life to host an actual Madden esports event was a no brainer. Bringing this to life with the help of our partner Jose from KLıC.gg and everyone at Full Sail University in Orlando where the live event will be held, it has made a perfect combination for an event that no one has ever put on before!”

One Full Sail student will also receive a $5,000 scholarship through the tournament, according to the release. Students will also have the opportunity to ‘shadow’ members of the production team and learn about producing live events from first-hand experience during the tournament.

Sari Kitelyn, Director of Esports and Project Development at Full Sail University, added: “The Full Sail team is excited to kick off the new year with such an outstanding partner and standout esports event. Not only is the KLıC.gg team bringing the Jump Off: Madden NFL 22 event to our campus and the region, but they are also generously awarding one of our deserving students a $5,000 scholarship.”

Esports Insider says: The Full Sail University has advanced capabilities and infastructure for esports, so it’s a great idea to have students learn what it takes to produce an esports event on the spot, while also giving out a scholarship and arranging Madden 22 games. It’s a win-win situation.

Despot’s Game: Dystopian Army Builder brings en-masse battles to Xbox and PC
REVIEW: HELLRAISER, some things are better left in the past
Stadia-Exclusive Gylt Goes Multiplatform Next Year
Nintendo Introduces Marth In Fire Emblem Engage
Poll: So, What Do You Think Of Mario’s New Look?