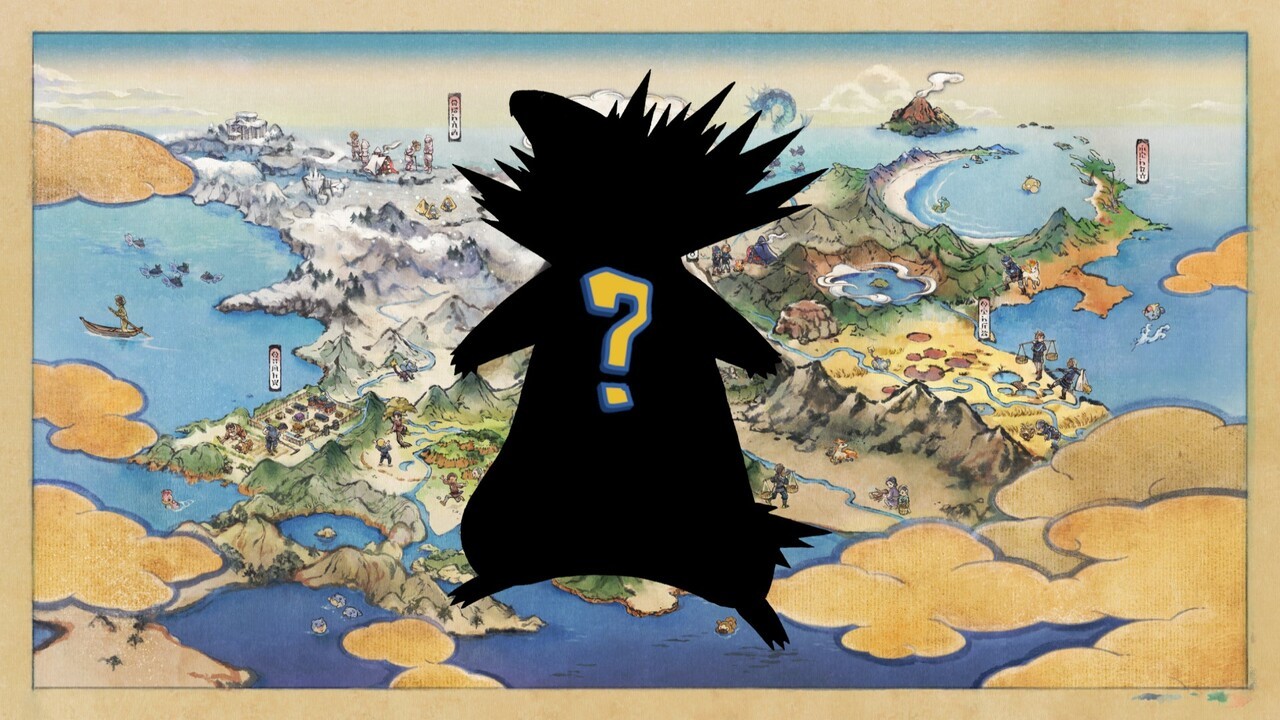 Few Nintendo franchises ignite as much speculation as a new Pokémon game. Leading up to release, dozens of new ‘mons are trickled out, making headlines and setting Pokémon communities ablaze. Pokémon Legends: Arceus, while not the beginning of a new generation, sparked a similar fervor when they showed new evolutions and a new form for Growlithe last August. And The Pokémon Company then fanned those flames further with a cryptic – but quite cool – reveal for Zorura and Zoroark’s Hisuian forms a few months later.

Since then, speculation has run rampant among fans. We’re guilty of it, too – not long ago, we looked at 10 Pokémon that deserve a Hisuian evolution. Now, with the 28 January release date fast approaching, we’re once again putting on our predictive thinking caps to read the future like Professor Oak reads a Pokédex.

It’s no fun when Generation I gets all the love, so we’ve run all the infallible math through our crystal ball to divine new forms from each of the nine regions that would thematically fit Hisui as a ye olde, technologically inferior Sinnoh…

An Alakazam as an old hermit hiding in out-of-the-way caves? A Machamp as a master of a traditional fighting style? Gengar before it became a ghost? Our predictive powers tell us at least one will happen.

150 years prior to the events of Pokémon Gold and Silver, lightning struck the Brass Tower in Ecruteak City. The flames killed three unnamed Pokémon before a severe downpour put out the fire. Ho-Oh then revived the Pokémon into Raikou, Entei, and Suicune, granting each the power of the lightning bolt that struck the tower, the flames that consumed it, and the water that put the fire out.

Some have speculated that the three Pokémon that perished were Jolteon, Flareon, and Vaporeon respectively, but it’s never been confirmed. As these events took place in the Pokémon world’s ancient history, the original forms of the three legendary dogs making an appearance in Hisui isn’t Farfetch’d.

Fans have clamoured for some love for Flygon since it was snubbed for a Mega Evolution. A Hisui form that shifts around its stats and gives it a new typing, perhaps Bug/Ground or Bug/Dragon to better fit its insectoid appearance, will finally do justice for the fan favourite that has lived in Salamence’s shadow since 2003.

Generation IV introduced third stage evolutions for a bevy of Pokémon, including Magnezone, Rhyperior, Porygon-Z, Electivire, Magmortar, and Mamoswine. A handful of these Pokémon or their pre-evolutions have already been spotted in trailers, including Magmortar and Rhyperior, which both would have made good guesses for a Hisui form.

Of these, our predictive powers surmise that Mamoswine will get Hisuified. While the game doesn’t take place in an ice age, a mammoth Pokémon that evolves knowing the move Ancient Power fits thematically.

Generation V’s pseudo-legendary Bug type makes for an easy prediction. Its Pokédex entries state that ancient people feared it and referred to it as ‘the rage of the sun.’ It’s also said to have rescued Pokémon that were suffering from the cold. What are two things we know Hisui has plenty of? That’s right – ancient people and cold weather.

What that Pokémon would look like, however, we cannot see in our Crystal Ball of Speculation, as the Bug/Fire type suits Volcarona perfectly. Perhaps Volcarona could fill the unused Fairy/Fire-type, allowing its Bug typing to take a back seat the same way the Dragon-type does for Gyarados and Charizard.

The Royal Sword Pokémon is one of the more iconic designs to come out of Generation VI. Both thematically and aesthetically, Game Freak gave these Pokémon a lot of love. Aeglislash’s signature ability, Stance Change, is too unique not to see a return in Hisui.

But European style swords don’t really fit in a world modelled after ancient Japan, right? Aegislash redesigned as a katana does, and instead of Stance Change switching between a sword and shield form, Aegislash will flip between katana fighting styles as a Steel/Fighting type.

That, or our inner-anime fan has clouded our prescient judgement.

We don’t know about you, but the regions inspired after America – Unova and Alola – being home to a bunch of monkey-themed Pokémon rather than the Japanese-inspired regions (other than Mankey and Chimchar), doesn’t sit well with us. Really, there aren’t any monkeys indigenous to Hawaii, yet Alola has two monkey Pokémon!

This is less of a prediction and more of a call on Game Freak to right a grievous wrong.

Hisui deserves a few more primates. A swap between Passimian and Oranguru’s types – Fighting and Normal/Psychic respectively – would make for an interesting twist and help populate Hisui’s forests.

Much like the monkeys, the more Dragon types in Hisui, the better. Our fortune-telling powers tell us Game Freak will historically walk back both Generation VIII dragons the same way they reverted Voltorb into an Electric/Grass type to match Hisui’s ancient Pokéballs.

Roaming the highest reaches of Mount Coronet, players will find a Grass/Dragon Duraludon based off of traditional thatched huts and a pure Dragon type Dragapult. Probably.

While we know what Decidueye, Typhlosion, and Samurott look like, it’s a little bit suspicious that none of them have been spotted in the trailers. Only the base forms have made an appearance, leading us to speculate that these three will receive the first ever regional forms for starter Pokémon.

Combine that with our psychic powers, and we’ve learned that Decidueye and Samurott will play more into their archer and samurai designs respectively, and receive secondary typings to match. A Grass/Dark Robin Hood-esque archer? A Water/Steel samurai wearing full armor? Typhlosion is harder to pin down. The bipedal weasel-like Pokémon does look somewhat like a warrior when the fringe of flames along its neck ignites, so we think Game Freak will go that route.

Unfortunately, our vision of the future is clouded, so we can’t say for certain.

And that’s all the regions and then some covered. Barring one of these ‘mons going unnoticed in the background of an already released trailer in its original form, the above are our scientifically accurate predictions that we sincerely hope aren’t totally deconfirmed in a trailer released around the time this article goes live. Now that would be embarrassing.

Let us know which region/Pokémon you’re most hyped to see in Hisuian colours in the poll below, and don’t forget to flex your visual cortex and let us know your own predictions in the comments.