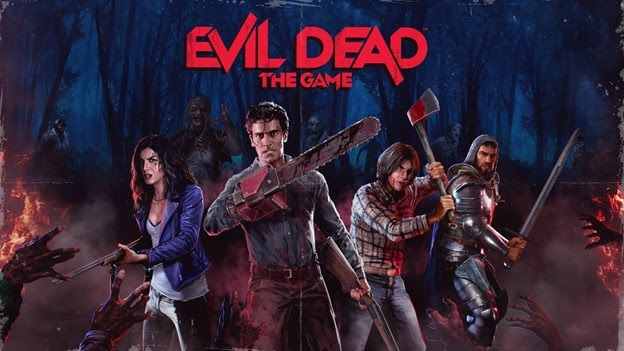 Are you ready to wreak havoc as the Kandarian Demon? Are you looking to possess your enemies and command the undead? Evil Dead: The Game is coming and the latest trailer gives insight into the world.

Due to arrive as an over-the-top co-op multiplayer affair come May 13th 2022, Evil Dead: The Game will allow Xbox One, Xbox Series X|S, PS4, PS5 and PC players the chance to take in some seriously gruesome action. It’ll be coming from Saber Interactive and Boss Team Games and today they have released a new trailer narrated by Bruce Campbell for the co-op PvP and PvE multiplayer action title – in it you’ll get a revealing of the unique gameplay behind the most horrifying force of evil ever to torment the living: the vile Kandarian Demon.

With terrifying possession powers and an army of darkness at its command, the Kandarian Demon is a powerhouse to be feared as it flies through the woods chasing survivors. Hunt down enemy players yourself or command ravenous Deadites to attack. Take control of your Deadite minions, environmental objects (including those infamous trees!), and even the survivors themselves to frighten and vanquish any mortal who stands in your way. Choose the physical form of the Kandarian Demon that fits your playstyle, each with different enemy types and bosses including Henrietta, Eligos, and Evil Ash.

Inspired by the iconic horror, humor and action of the Evil Dead franchise, Evil Dead: The Game brings the series’ biggest characters together in a pulse-pounding battle with the forces of darkness. It’ll have you working as a team of four survivors, including Ash Williams, Kelly Maxwell, Pablo Simon Bolivar, Scotty, Lord Arthur and more, as you look to kick Deadite butt and banish the vile Kandarian Demon.

Failing that, you’ll become the Demon yourself, using your powers of possession to stop the good guys dead and swallow their souls.

It will come to market in May, allowing players to do battle with more than 25 hard-hitting weapons and a variety of skill trees in multiplayer and bonus single-player missions to survive the night.

We’ll be sure to remind you when that release of Evil Dead: The Game kicks in come May 13th 2022, on Xbox One, Xbox Series X|S, PS4, PS5 and PC via the Epic Games Store. If you’re interested, it may well be worth your while to pre-order the game (the Xbox Store link is here), with this granting two bonus Ash outfits: the Ash Williams S-Mart Employee Outfit and Ash Williams Gallant Knight Outfit. The game’s Deluxe Edition includes the Season Pass 1, featuring four upcoming DLC packs.

We hope this one is going to be just as groovy as 2005’s Evil Dead: Regeneration.

Evil Dead: The Game has also been announced for future release on Nintendo Switch. For now though, watch that trailer.