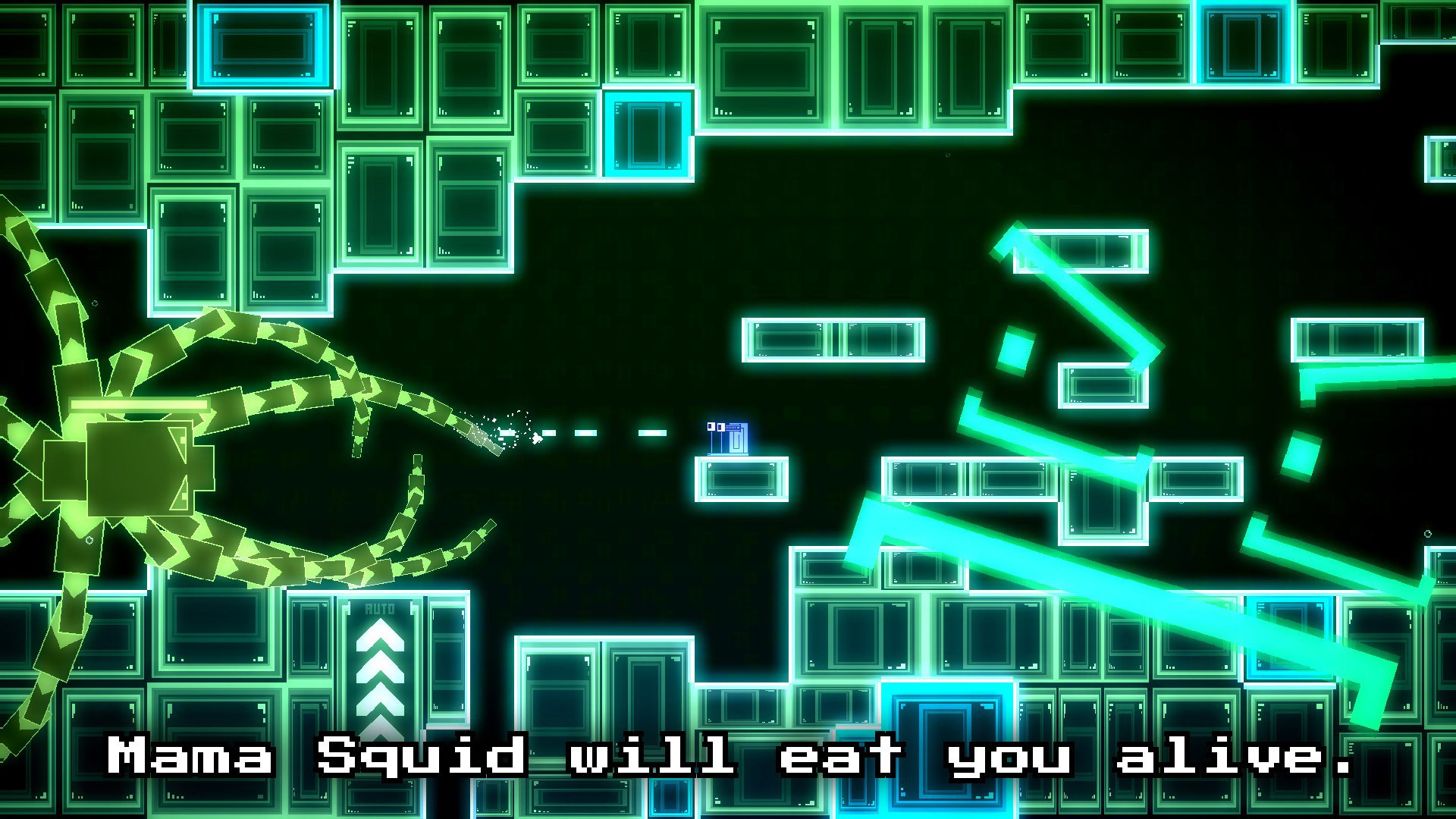 There’s nothing new about going up against a killer AI. But the difference in Will You Snail is that this one attempts to work out your movement, before you even know what it’s going to be. It could be said that this therefore boils down to an intellectual battle of will.

Will You Snail is the latest to come from No Gravity Games as they and the developer – one Jonas Tyroller – look to inflict some hardcore pain on gamers.

It’s priced at £12.49 and available on Xbox One, Xbox Series X|S, PS4, Nintendo Switch and PC, dropping us players into a fast-paced action platformer, left to do nothing but survive. You see, in Will You Snail, it’s the AI who is king, spawning traps and attempting to predict your movement as you go about solving puzzles and uncovering the secrets of the simulation that you are in.

It’s the AI Squid which will be the worst of all nightmares as he goes about filling out the levels with all manner of obstacle. It’s up to you to work through these – dialling the difficulty up or down how you see fit – hoping to pick up secrets, clues and knowledge as to how this simulation works, and more importantly, the effect it’ll have on humanity.

The key features you need to worry yourself about include:

We’ve been working our way through the madness of Will You Snail for a little while already, plucking up enough time to be able to deliver our thoughts in a full review. We urge you to give it a read and then head to the likes of the Xbox Store in order to pick up the game on Xbox One or Xbox Series X|S.

You’ll find Will You Snail on PS4, Switch and PC too.

Will You Snail is a fast-paced action platformer with an AI twist that offers a unique single-player experience: a challenging adventure in a neon-glowing setting that blends combat, puzzle-solving, and lots of humor together.

Kevin Hart Gets Real About Will Smith’s Oscars Slap And How The World Should Treat His Situation With Chris Rock
A Tolkien Nerd’s Rings of Power Recap Ep. 7: Where is the design?
The newly revamped Xbox Games With Gold scheme disappoints for October 2022
BBC World Service Journalists Accuse Broadcaster Of Endangering Vietnamese Staff With Plans To Move Them To Thailand
Rita Ora Gushes About Being In Love With Taika Waititi Amid Rumors That The Two Have Married