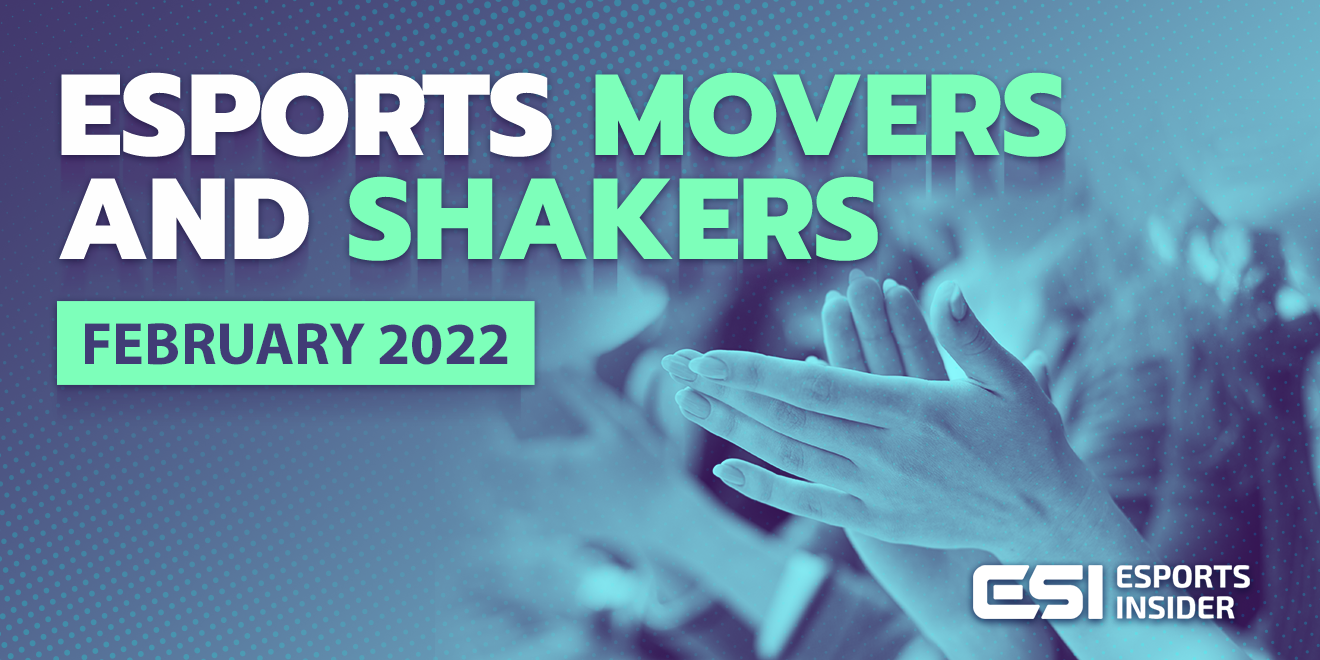 Each month, ESI compiles the period’s most significant esports movers and shakers. February’s round-up features personnel changes from the likes of Newzoo, TSM, Evil Geniuses and Riot Games, among others.

Here are the key esports movers and shakers from February 2022. To read more about a story below, click the link in the corresponding title.

As 2022 dawned, numerous prominent esports journalists and editors left their publications to either work for someone else, work on their own projects, or leave the space completely. Former contributors of The Esports Journal HB Duran and Adam Fitch joined the likes of James Fudge, George Geddes, and Jacob Wolf to discuss esports journalism.

On LinkedIn, Warman revealed that Wilk-Rouhof will lead Newzoo’s operations, business and expansion going forward as the firm’s new CEO.

Jackie Felling, the former Director of Product for the Call of Duty League, has been appointed as the new LCS Commissioner.

Felling will be tasked with steering the LCS according to Riot Games’ corporate vision. Moreover, she will also take on the position of Head of North American League of Legends in addition to the Commissioner role.

North American esports organisation TSM has announced the addition of Matthew Boyd as its new Head of Research and Insights and Chris Insolera as Vice President of Sales.

According to the release, Boyd and Insolera’s roles at TSM will include driving the growth of TSM’s existing commercial roster and helping guide the organisation’s strategic long-term initiatives.

According to a release, Ball has ‘personally invested’ in the organisation and will become a member of its strategic advisory board.

GameSquare Esports, the parent company of Complexity Gaming and Code Red Esports, has appointed Lauren Baines as its new Head of European Sales.

In her new role, Baines will oversee the company’s revenue and sales process.

Woo Kim, formerly of native advertising company Nativo, will serve as Swift’s CFO. In addition, Michelle Suzuki has been appointed as the company’s VP of People Operations.

Michael Brancato, formerly of streaming platform Twitch, has joined Chess.com as its Vice President of Esports.

Prior to joining the online chess platform, Brancato spent over five years at Twitch where he held roles such as Senior Esports Product Manager and League Operations Lead. Under the alias Nintendude, Brancato was also a former competitive Super Smash Bros player.

As part of his role, Holmes-Darby will oversee upcoming gamified experiences for Formula E and will help grow the electric motorsport’s gaming products.