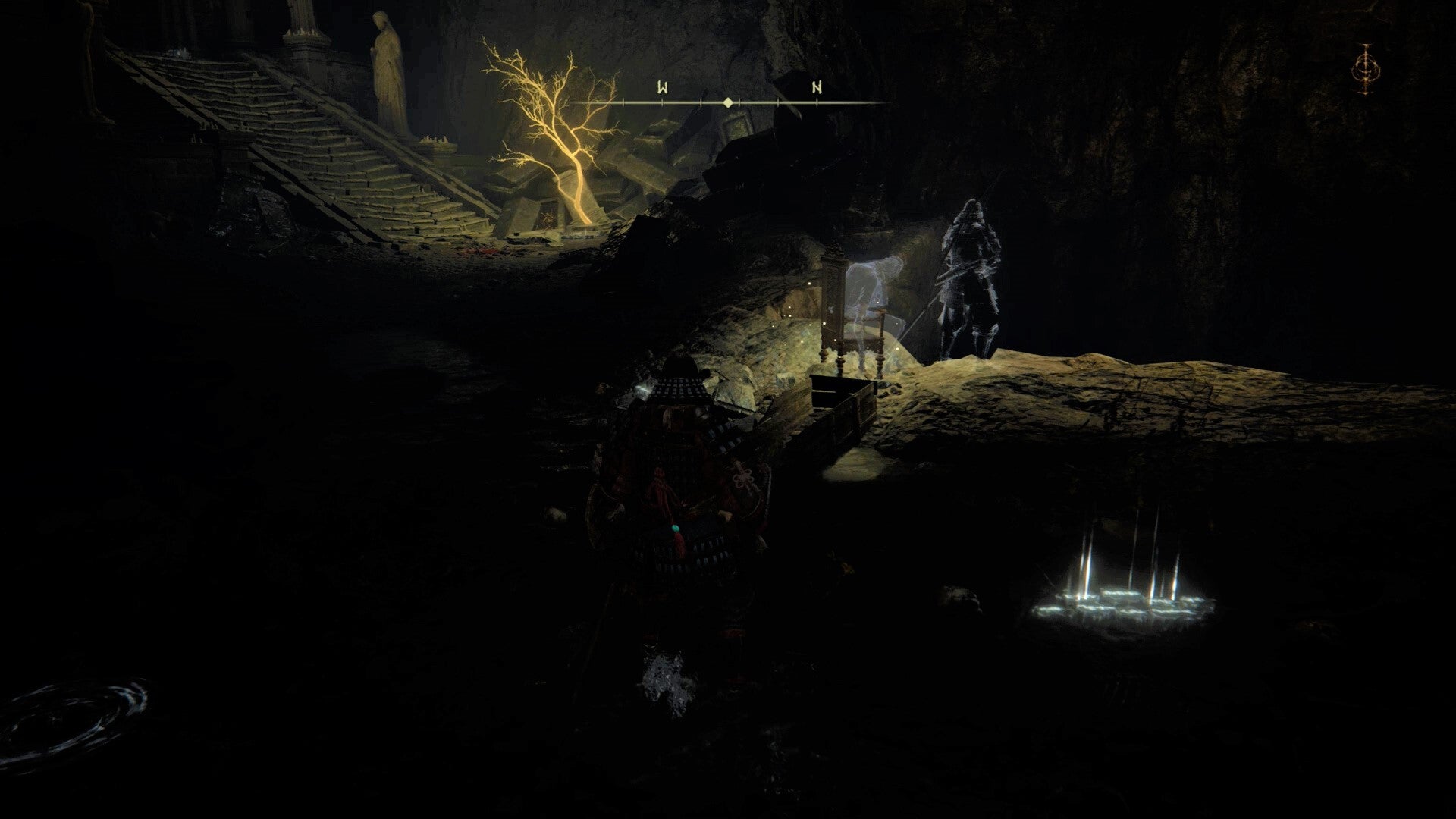 Elden Ring is a hard game. The latest from famed Dark Souls, Bloodborne, and Sekiro developer, FromSoftware, this critical darling doesn’t pull its punches. This isn’t an unfairly hard game (most of the time), but it’s one you do need to be careful with – less than complete focus and you’ll find yourself on a deadly end of a swinging sword and then on a journey to retrieve your lost runes.

But one area that I didn’t expect to be a cause of discussion is Elden Ring’s tutorial. It’s not that this tutorial is hard – it’s not, in the slightest – but that it seems a lot of players are not realizing it exists and walking straight past it. So how is this possible, and is it really a big problem as some are suggesting?

If you’ve not played Elden Ring, you start off without any real information. A grand, rather bleak intro movie sets the tone, and then you’re off. Fairly quickly a rather nasty looking foe appears and it’s curtains – or at least it was for me, having been struck once and presumably killed. You then enter a new area, and it’s here that things seemingly go one of two ways.

The most obvious thing in the scene is a path that leads to a glowing tree, some stairs and a closed door. You can go straight up there, open the door and get out into the open world. This is what a lot of people claim to have done, and I’ve watched a handful of YouTube playthroughs where people did exactly that. You can see the scene in the image below (although it’s a little dark).

What’s also in this scene, however, is a ghost figure slumped in a chair. Ahead of him is a message that reads: “The cave of knowledge lies below.” Talk to the ghost and he’ll encourage you to jump down. In fact, if you get close to the edge you’ll see an area below, which is where the tutorial takes place. Jump down and you’ll be guided through the basic game mechanics and eventually take on a sort of baby’s first steps boss.

I checked this out having not yet started the game and seen all the chat online about people missing the tutorial area. So, my question is: did you miss the Elden Ring tutorial? For me I’ll never know if I’d have missed it or not. Just like how I watched The Sixth Sense after a friend told me the twist, I can only guess what I’d have done. I think I’d have noticed the pit. I’m a bit of a boring player, spending ages wandering around to make sure I haven’t missed anything, so I want to believe I’d have listened to the ghost man and made the leap down.

We’ve got the video at the top of this page. What do you think? Is it too obscure or the perfect way to place a tutorial in a FromSoftware Souls game? I originally thought the online noise was overblowing it but having seen it with my own eyes while playing, I can see how it could be missed, for sure.

As a piece of game design, I sort of love it. I’m yet to venture far into Elden Ring, but from what I’ve read it seems the whole experience is built around this principle: do the obvious thing or don’t and see where you end up. Both are valid choices. Perhaps a basic tutorial should be more obvious, but you can’t argue it’s not more interesting than most “look at the light, shoot the target, jump over the barrier” sequences that I’m sure bore most players.

If you are struggling with Elden Ring we’ve got loads of Elden Ring guides on the site, and if you missed the tutorial you can watch it above. It’s not all the game’s systems and mechanics by any means, but certainly worth a watch if you’re new to Souls games.