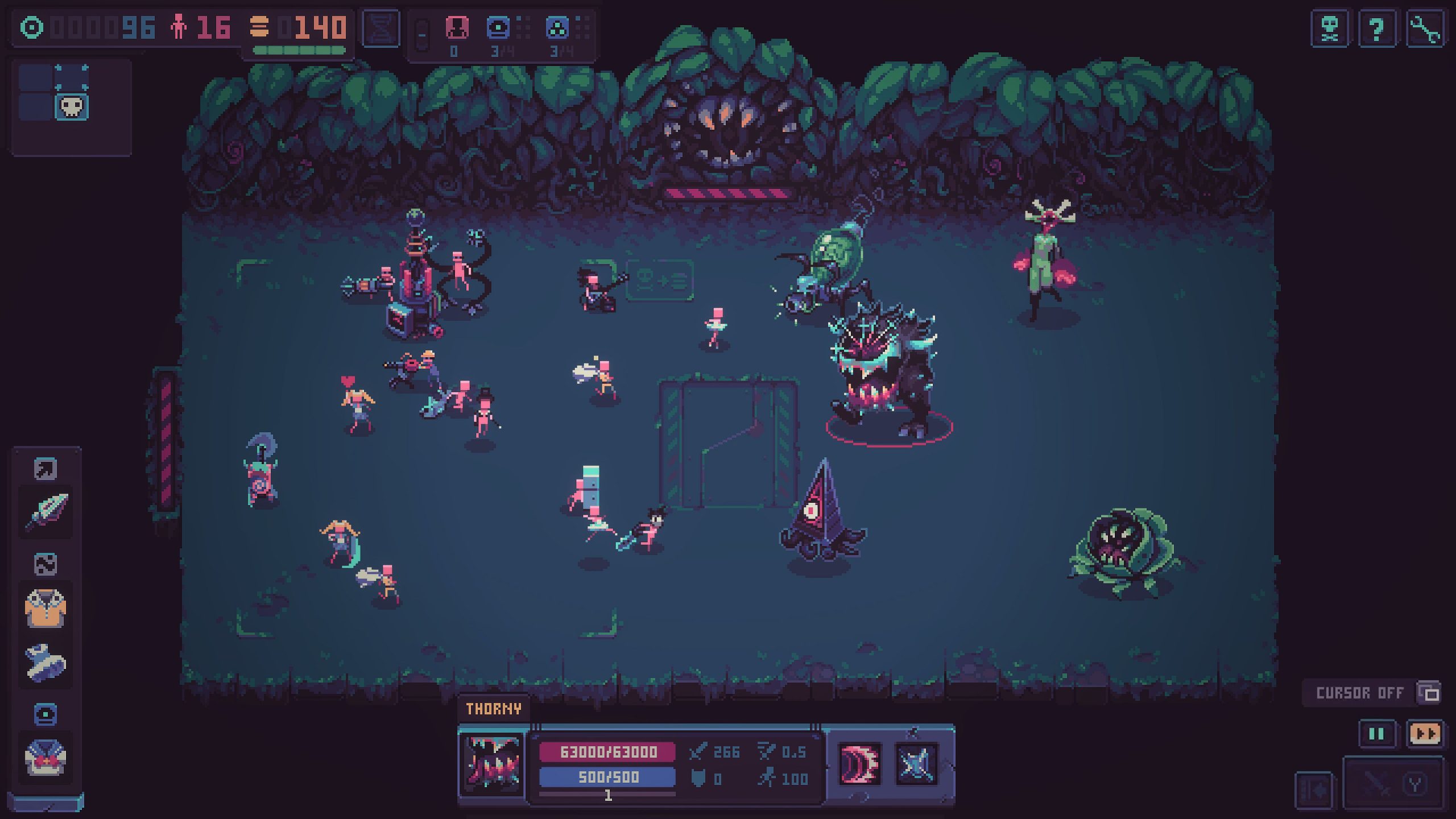 There’s something just so mesmerising about huge, hundred-unit battles, as can be attested by those who play Totally Accurate Battle Simulator, Halo Wars, or the like. Whilst tactical auto-battler titles have traditionally been confined to the PC space, the might of consoles nowadays unlocks the potential for such grandiose fights on console. Despot’s Game: Dystopian Army Builder hopes to grab your attention and have you fighting it out for hours.

Despot’s Game is releasing today on Xbox (on Game Pass, no less) and PC, with PlayStation and Switch to follow, and with it comes the 1.0 update, bringing the PC version of the game in line with everything else. With this update reworks the enemy behaviours, mutations, and a ton of new quests and mechanics to what was already a pretty in-depth roguelike, turn-based combat system.

Essentially, upon booting up Despot’s Game you will be given the opportunity to build an initial army consisting of puny little humans, who have been awoken into this labyrinth of sorts, and most battle to make it out. Is this a morbid death sport that we are involved in? It’s incredibly dark, which is offset by the comedic tone that tinyBuild and Konfa Games have carved out. Eventually, your naked mortals will be kitted out with a range of weaponry and shields, typically overwhelming waves of enemies in numbers in order to progress through this post-apocalyptic maze. Just mentioning that one weapon is a ‘stale pretzel-thrower’ will hopefully make it clear that all the weapons on offer are more on the silly than the realistic side of things.

Starting off battling those more your size, after not too long will your army be fighting ghouls, hulking tentacle monsters and more: don’t get too attached, as some will inevitably fall on your way to escaping!

Whilst the overall visual style of the game is of the pixelated, basic ilk, seeing your army and its opposition clash is nothing short of exhilarating, as you see the numbers dwindle, hoping that yours never reaches the dreaded zero…

“Despot’s Game is a culmination of all our team’s hard work, shared experiences, and dedication,” said Nikolay Kuznetsov, Game Creator, Konfa Games. “We are extremely excited to share our unique idea fully realized, especially after garnering so much positive feedback.”

All very exciting stuff. If you want to kit out your own army and send them into battle, then Despot’s Game: Dystopian Army Builder is now available on Xbox Series X|S and Xbox One – check it out on the Xbox Store for £16.74. And if you want more, the Collector’s Edition is worth a look.

Keep in mind that Despot’s Game will also be joining the Game Pass line-up today. Alternatively, the game is available on PC too, with PlayStation and Switch following.

Let’s play a game: I’ll give you some puny humans, and you try to help them make it through my labyrinth. No, you won’t be controlling them in battles – they’ll fight automatically! My game is about strategy and praying to RNGesus, not mashing buttons. You can buy items for the humans: swords, crossbows, coffins, stale pretzels. Plus, I’ll let you give them cool mutations! A few Topochlorians in the blood and some Crocodile Skin never hurt anyone. There’s one catch, though: if you die, you have to start over entirely, and the whole world will be generated again from scratch. Yes, my game is a roguelike game. Well, roguelite, if you’re a nerd who loves compartmentalizing us creators into strict genres. I almost forgot: my game has a multiplayer mode, too! But I’m not going to tell you anything about it, because King of the Hill is a special secret multiplayer mode that only unlocks once you beat the game. * sincerely, with disrespect for puny humans, your local evil AI: d’Spot