Hey there — I’m Scott, Design Director at Heart Shaped Games, and I’ve been given the opportunity to share a bit about the unique design process behind our new sci-fi grand strategy RPG, We Are The Caretakers. A lot went into creating the game over its 4+ years in development, but I’d like to focus on how our design team discovered fun and novel new strategy gameplay mechanics from a very unlikely source: the poaching of endangered animals and real-world animal conservation work.

I’ve always wanted to make a grand strategy game with a large roster of characters to organize and upgrade, similar to games like Xcom, Darkest Dungeon, or my personal all-time favorite, the classic Ogre Battle: March of the Black Queen. I had worked on concepts and prototypes in the grand strategy genre for many years prior, but finally found the right time to revisit those designs after our team was approached about making a game about the tracking and management of wildlife poachers.

At first this seemed like an odd topic to build a game around, but after spending time with actual researchers and rangers working in the field to protect endangered animals, we came away inspired. Their incredible work led us down a path of discovery about the realities of human-animal conflicts and animal conservation. Rangers work in small teams, with limited resources, tracking animals and poachers that move in unpredictable patterns across gigantic spaces. That unique management challenge translated into interesting gameplay decisions, and mapped perfectly to the squad-building and large roster management RPGs we loved. We quickly realized we had something innovative and special on our hands and got to work.

Our solution to translating that research into a game was to blend a variety of game genres that each emulated an important aspect of protecting wildlife. We designed a Caretaker headquarters where you organize your hundreds of recruited characters into squads, deal with detained poachers, and upgrade your technology before heading out into the field. We created a real-time-with-pause map exploration system, where you deploy your squads to search for poacher activity. And we created a turn-based combat system to resolve meetings between your squads and poacher teams, giving you diplomatic options in addition to traditional JRPG-like abilities.

By giving players actions to take at the macro and micro levels over the course of our 30+ mission campaign, they get to experience what it is like piecing together an organization and that can fight back.

While the gameplay design was a long discovery process, we put an equal amount of effort into creating an exciting world and style that matched the gameplay. Art Director Anthony “robotpencil” Jones found inspiration in Afrofuturist works such as Black Panther for the environment and character designs; Composer Jon Parra infused a striking orchestral score with inspirations from rap beats; and Narrative designer Xalavier Nelson, Jr. heightened the real-world stories with the addition of alien close-encounters and a post-apocalyptic planetary redemption story.

The biggest lesson learned making We Are The Caretakers was that looking outside of traditional genres and gameplay tropes is the path to new and original ideas. By bringing in collaborators from outside of the games industry and building a diverse development team, we ensured we had a variety of perspectives that could find the right solution and create something exciting and fresh for our players. Working with the team at Heart Shaped Games on We Are The Caretakers has been one of my greatest professional joys, and I hope it shows in the final game you’ll get to play.

We hope you enjoy We Are The Caretakers as much as we do. It’s available for pre-order today and launches on Friday, January 6th! Your purchase also supports the folks that inspired the game, with 10% of net revenue from the game being given to Wildlife Conservation Network’s Rhino Recovery Fund. 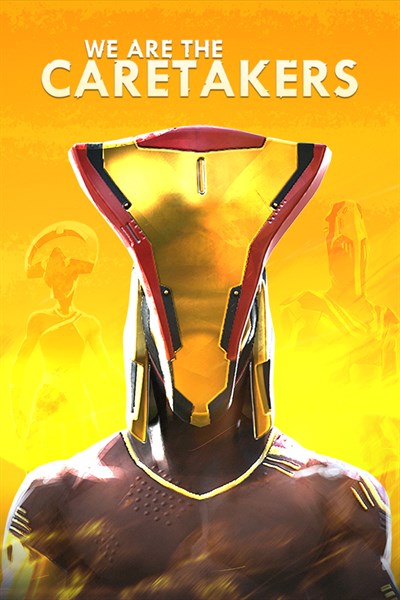 We Are The Caretakers

$17.99
We Are The Caretakers is an afrofuturist squad management RPG. Assemble an arcane team of protectors in squad-building systems inspired by Darkest Dungeon, Ogre Battle, and XCOM. Defend the endangered animals your world relies on in strategic turn-based combat. Define your approach to a global resistance by balancing your reputation, funds, research, animals and alliances. We Are The Caretakers is a challenging strategy RPG fusion that asks you to protect a planet by fighting for the people, animals and ecosystems that inhabit it.
This article was originally published by Xbox.com. Read the original article here.