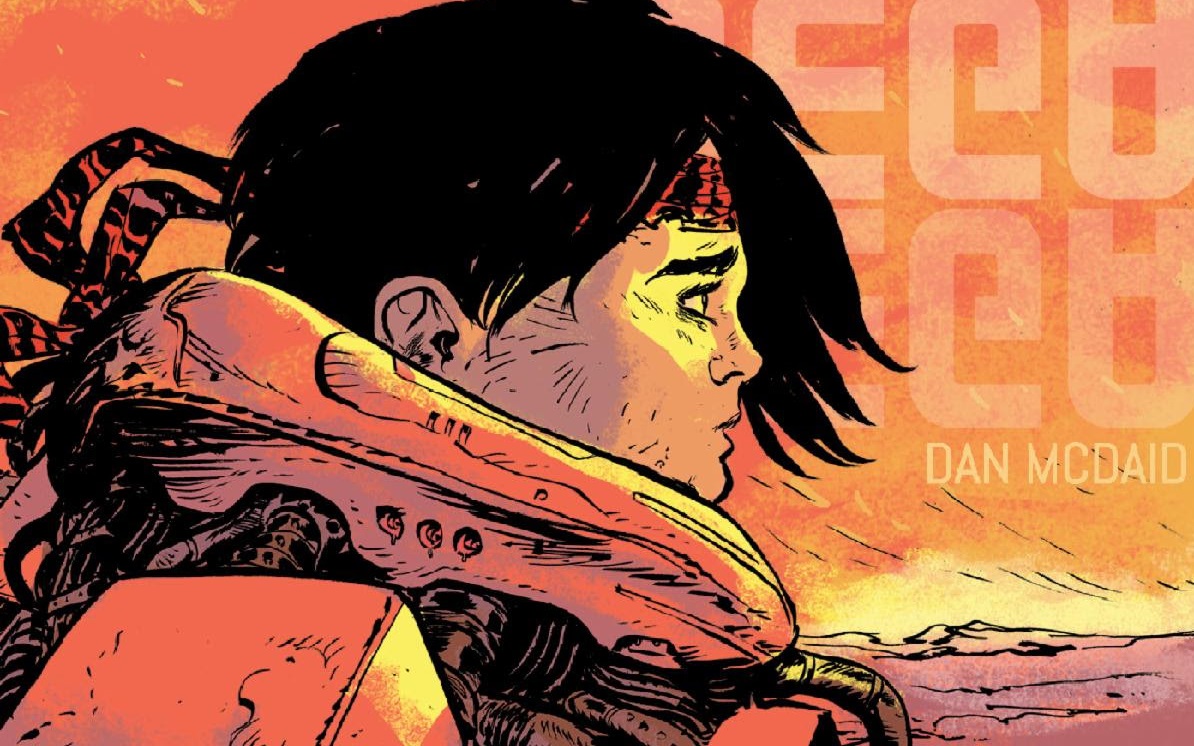 British comic creator Dan McDaid has made his name as an artist on such popular books like Doctor Who, Firefly, Judge Dredd. Now McDaid is embarking on the next logical step in his career with Dega, his first graphic novel, set to arrive from Oni-Lion Forge in January.

Dega is “a high-concept science-fiction graphic novel set on a hostile alien planet where a young female astronaut searches to harness the power source buried beneath the world while struggling to hold on to her sanity.” The graphic novel will be available in hardcover via Simon & Schuster and will include 14 pages of extensive production notes by McDaid.

In the official press release, McDaid expressed great excitement at bringing the project to Oni:

“I am beyond thrilled that my girl Dega has found a wonderful new home! I’ve watched with mounting excitement as the superlative team at Oni Press have shepherded my graphic novel from self-published sleeper sensation to its lavish new form. If you’ve read Dega before, get ready to see it in a whole new way. And if you’re here for the first time, prepare to have your mind pulled through the planet’s core and back out again.”

Dan McDaid is a comics writer and artist from Scotland. Following a well-regarded run on the UK Doctor Who Magazine, he cocreated the cosmic comedy drama Jersey Gods for Image Comics, and the cult hit Time Share for Oni Press. Since then, he has worked on such properties as Judge Dredd and Firefly, codeveloped and drew TKO’s The Fearsome Doctor Fang, and collaborated several times with fellow Scottish legend Irvine Welsh. He lives in a drafty old building overlooking the River Tay. Dega is his first graphic novel.