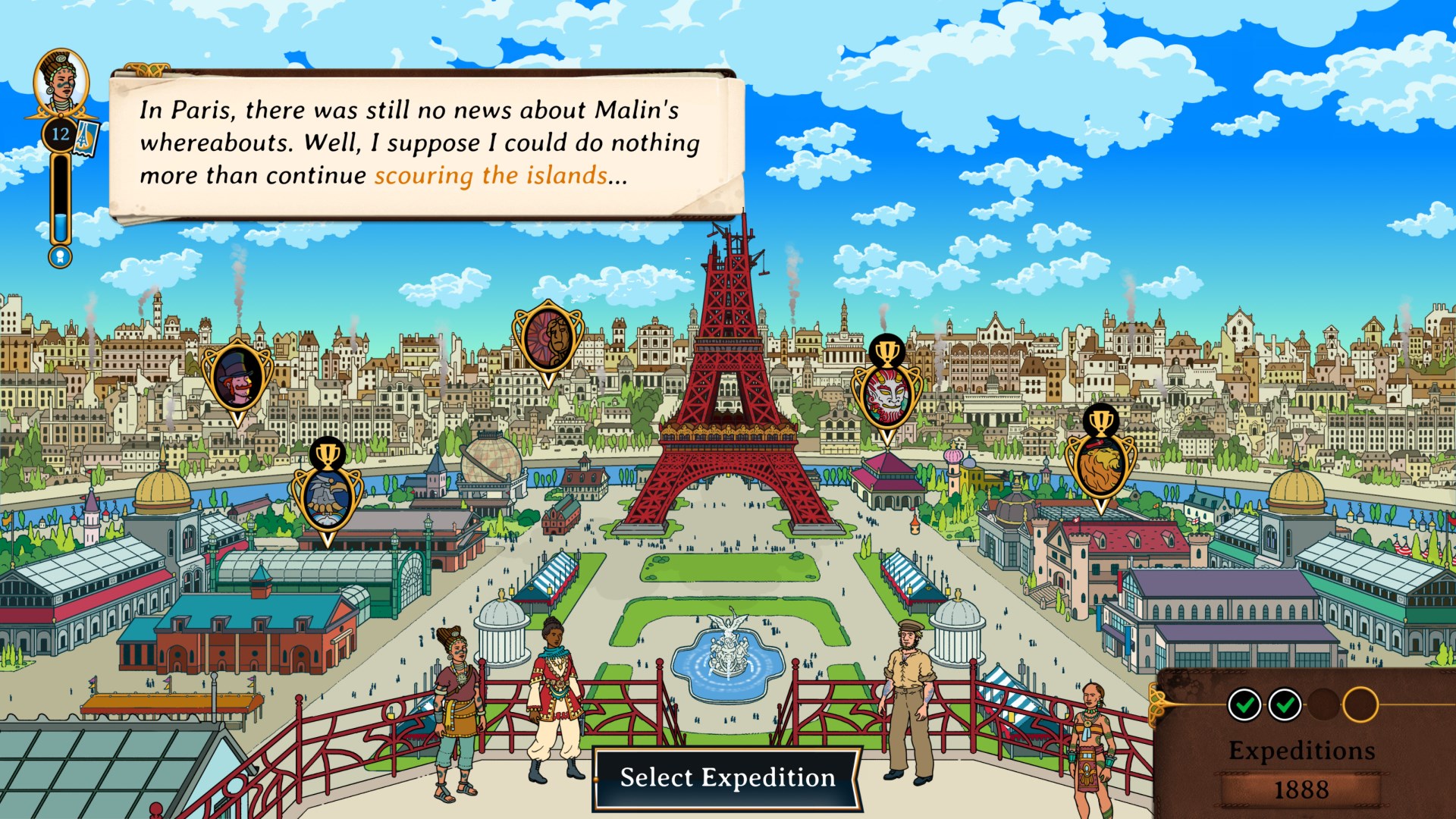 On consoles at least, the original Curious Expedition is almost two years old, and our review indicated that this was a decent roguelike exploration experience with tons of content, albeit perhaps at the cost of repetition. The development team at Maschinen-Mensch are now back with Curious Expedition 2 and a smattering of DLC – will this put right some of their prior wrongs?

With the title already available on PC and Switch, Curious Expedition 2 arrives today on Xbox Series X|S, PS5, PS4 and Xbox One. It again tells the historical tale of a 19th Century explorer, inspired by the works of Jules Verne, novelist behind the Voyages novels. How this exposition translates to gameplay is in the form of procedurally generated adventures that the player embarks on, with resource management and tricky decisions to keep you on your toes throughout. You must respond aptly to any and all situations that are thrown your way, with your actions having severe positive or negative consequences on your party of explorers.

Alongside affecting the story through your actions, you’ll need to make note of the specific strengths, weaknesses and abilities each of your party possess when it comes to the intricate dice-based combat mechanics that will dominate a lot of the gameplay.

And if the resource management, complex story, in-depth combat system and story of adventure and mystery weren’t enough, then you can also separately purchase the Highlands of Avalon DLC, which is today releasing on Xbox, PlayStation and Switch. This DLC expands the game world considerably, opening up the Highlands to explore, and adding in new systems, recruitable characters and enemies associated with these untouched lands – see the complete list of additions below:

“We’re really excited that Curious Expeditions 2 is now available on PlayStation and Xbox,” said Riad Djemili, CEO at Maschinen-Mensch. “We’ve tweaked and refined the game during its adventures on PC in response to community feedback, so this console version of Curious Expedition 2 is the best the game has ever been. I wish the PlayStation and Xbox communities good luck on their varied and intriguing expeditions!”

If you are in need of a meaty campaign to get your teeth into, then Curious Expedition 2 and the accompanying Highlands of Avalon DLC will surely satisfy. You can pick up the base game on Xbox Series X|S and Xbox One today from the Xbox Store here for around $19.99 / €19.99 / £16.99, and the Highlands of Avalon DLC here. Alternatively, both are available on PS5, PS4, Switch and PC.

Curious Expedition 2 is a turn-based narrative roguelike that requires players to manage their resources and party members to keep insanity at bay and find glory. A grand discovery has been made: mysterious islands have begun to appear and vanish from the oceans as if by magic. The great Explorer Clubs are funding expeditions to these strange islands to bring treasures back for the 1889 World’s Fair in Paris. Are you bold enough to join the adventure?