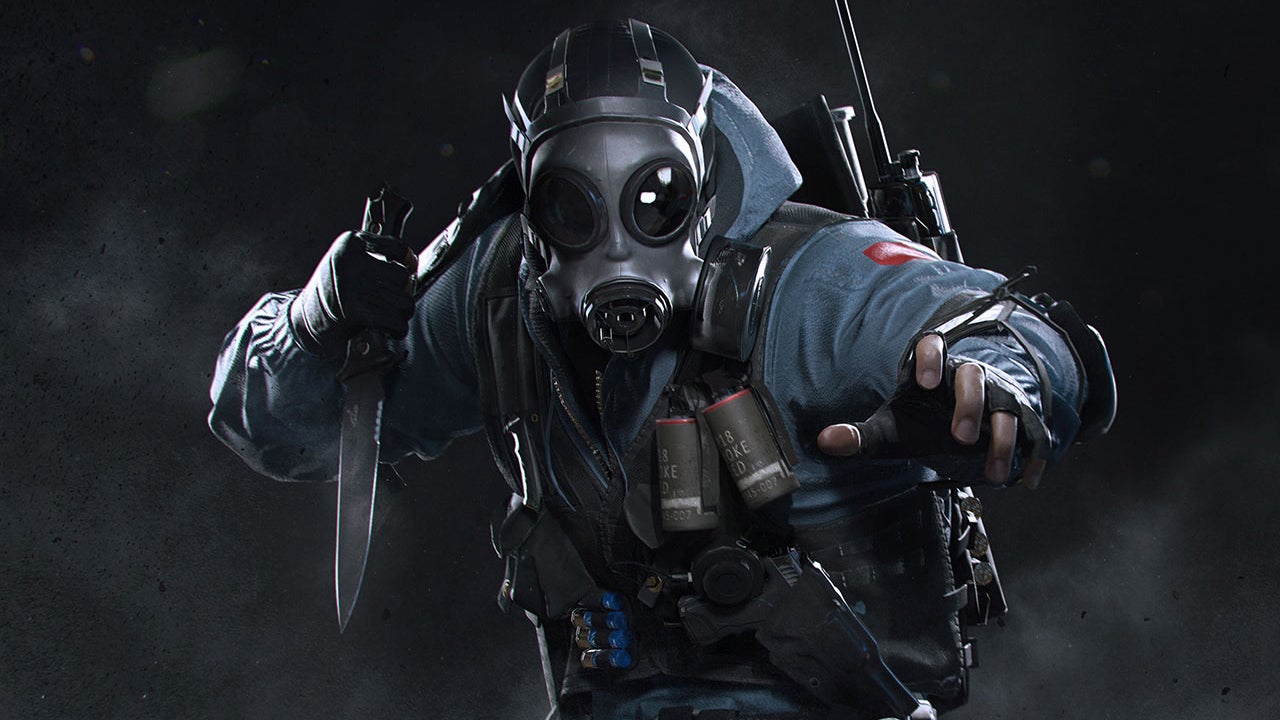 CrossfireX’s multiplayer feels like a first-person shooter you might play at a Dave & Buster’s arcade. It’s the kind of thing you would only pay half attention to while you hold a beer in your free hand and keep one eye on the basketball hoops waiting for the children’s birthday party to stop hogging them. While it tries to capture the old-school magic of Counter-Strike on console, it ends up playing like a low-budget, poorly thought-out satirization of it instead. There’s a whole array of issues that made every match an agonizing tribulation. It’s chock-full of ill-conceived modes, cringeworthy maps, laughably bad controls, and bizarre bugs that are somehow the best part because they made me laugh during an otherwise extremely depressing time spent playing.

CrossfireX can trace its lineage back to the hugely popular PC shooter from 2007, CrossFire, but developer Smilegate has seemingly taken very little care in translating that success over to the Xbox ecosystem. Nowhere is this more obvious than in the shooting mechanics themselves, which are some of the sloppiest and inaccurate I’ve ever gone into battle with. Aiming accurately is a painful ordeal, as your weapons sluggishly wiggle from place to place with almost no consistency. Even when adjusting the aiming settings and the various levels of aim assist, I could find no setting that feels good in the slightest. It’s astonishing that a shooter could get something so fundamental as aiming so wrong in 2022.

All of that is made worse by a massive bug that drops you in and out of aim-down-sights (ADS) when firing your weapon, which happens almost constantly. Smilegate has already said it plans to address this bug, but in the days following launch it’s something you’re likely to experience multiple times every single match – and remember, that’s on top of gunplay that already feels pretty awful to begin with.

My teammates and I lovingly named him King Chonkus.

Of course, the ADS bug isn’t the only issue you’re likely to encounter playing CrossfireX online. I’ve seen all-manner of bizarre bugs in my dozen or so hours with it: one time a menu popped up over my screen and locked me out of controlling my character until the match was over, or the time a ridiculous giant alien spawned in the middle of the map and twitched in and out of reality for the entirety of the match (my teammates and I lovingly named him King Chonkus). The weirdest bug I encountered regularly, though, is the fact that the main menu itself is completely unstable – its framerate hitches all the time and it’s even crashed to the Xbox dashboard altogether a few times. I’m reminded of Halo: The Master Chief Collection at its notorious launch, where a bunch of different experiences made by different teams were forced together all on one menu and UI, which seems to be a good way to make said menu and UI buggy as heck.

CrossfireX features a whole host of microtransactions that are both confusing and dubious. In addition to starter packs and a season pass that are commonplace in free-to-play games, CrossfireX also has two currencies that can be purchased with real money: GP, which can be earned in-game or purchased, and CP, which must be purchased to be obtained. Weirdly, there doesn’t seem to be any kind of obvious separation between what CP and GP are used for – different items and cosmetics just tell you which currency must be spent to unlock it. There are also standard XP boosters and the like to make season pass progression go faster.

The disappointing element is that, with primary and secondary weapons as well as weapon customization items like scopes being a part of what’s available to purchase, CrossfireX finds itself squarely in the “pay-to-win” sphere. In other words, you can buy advantages that others playing for free might not ever be able to obtain. For example, if you buy the “ultimate” version of CrossfireX at a premium price you automatically unlock a gatling gun to use in multiplayer that has an incredibly high rate of fire and a magazine so large it absolutely refuses to quit. Doing so will put yourself at a massive advantage against free-to-play players who would need to grind for a long time to unlock that same weapon. That’s just obnoxious.

In fact, CrossfireX’s interface and navigation is just unacceptable all around, most of the time forcing you to use a mouse cursor that seems like it was ported straight from PC (odd, since this game is currently only available on Xbox) with little thought for how awful that feels. You even have to make use of this during matches, for example while you’re selecting one of the character power-ups to summon into battle, which I can only describe as highly traumatic.

I remembered I could just be playing Counter-Strike instead.

Multiplayer modes in CrossfireX are divided into two equally upsetting buckets: Modern, which add features like the ability to ADS and mantle up ledges, and Classic, which retains all the original design of the PC version of Crossfire where you can’t do any of that fancy stuff. There are only two options for Modern, one with some potential aside from the wonky sandbox it’s built upon and one with almost no recognizable merit whatsoever. The former is Search & Destroy; it’s a classic attack/defend gametype where one team has to plant a bomb while the other tries their best to ensure that doesn’t happen. The claustrophobic city streets and alleys work well to support the game of cat and mouse and, when I wasn’t distracted by the busted gunplay, I was reminded of Counter-Strike, which is great except that then I remembered I could just be playing Counter-Strike instead and not have to put up with CrossfireX’s problems.

Point Capture, by contrast, is a tragically designed game mode that has two teams fighting over control points before the skyscraper they’re in blows up for no reason and the battle moves to the streets below. And when I say the skyscraper blows up, what I mean is that everyone still fighting there dies abruptly but the building remains standing in the background for some reason. The biggest issue with Point Capture is that on both halves of the map you can really easily reach the enemy team’s one and only spawn point and just camp it, killing them as soon as they spawn. In almost every early match I played this tactic was used against me to excruciating effect; my only recourse was to become a monster myself and do the same thing to the enemy team before they got the chance to do it to me.

My only recourse was to become a monster.

To make matters worse, one of the mechanics of Point Capture is that you accrue points that can be spent to spawn in as a more powerful soldier with special abilities, so the first team to summon one can rush over to the enemy spawn point and relentlessly dominate them until the match ends. It’s honestly one of the most mind-boggling design choices I’ve ever beheld. Getting spawn-killed in a game you actually like is already one of the most frustrating experiences out there, but getting caught in a never-ending spawn-kill trap in a game that’s already terrible? Well, that’s enough for me to activate the ejection seat on a helicopter.

What We Said About CrossfireX’s Single-Player Campaign

CrossfireX’s pair of campaigns are untidy, generic slogs with all the excitement and flavor of a communion wafer. Alarmingly little of Remedy’s signature weirdness and creativity is displayed, leaving me to wonder why this usually distinctively strange studio was chosen for such a by-the-numbers project at all. There were some interesting ideas along the way where story is concerned and I fleetingly thought we might get an eccentric tale the likes of Control or Alan Wake, but those hopes were quickly dashed when both campaigns ended without even a cursory twist. Whether it’s the bland characters, braindead enemy AI, forgettable levels, or downright offensive controls for the gunplay, everything about these brief campaigns feels phoned in. -Travis Northup, February 14, 2022

Moving over to the Classic modes we find a stripped-down version of Search & Destroy, which is similar, and a few others that vary in their levels of frustration. The highlight of the bunch is Spectre, which pits one team of defending soldiers against an invading team that only has knives but is hard to see while moving and completely invisible while standing still. The slower pace of Spectre makes all the difference as one side’s eyes dart around fearfully in search of invisible ninjas (and probably worrying about the shooting mechanics failing them should they get into a fight), while the other side slowly and methodically moves against the enemy looking to slit throats.

The Best Games to Play on Xbox Series X|S

Team Deathmatch is another mode that’s exactly what it sounds like and which I recommend avoiding at all costs. Similar to Point Capture, the map in this mode is atrocious and allows for loads of opportunities to spawn-kill the enemy or get spawn-killed yourself. Throw in the fact that the map is basically one big hallway and removes all semblance of strategy present in other modes and you’re in for a truly harrowing exercise in first-person shooter misery.

Finally there’s Nano, a mind-bogglingly awful zombie-infection mode where a few players start off as aliens and must try to infect everyone else. The poor design perplexes and astounds me: the infected move very fast, have a ton of time to infect everyone, respawn infinitely and immediately, and only have to hit their targets one time to instantly convert them. The uninfected, on the other hand, have limited ammo, have to shoot a single alien dozens of times to kill them, and have almost no hope at winning. Of course, none of that matters because if the infected side wins (and they always do) everyone is considered a winner since they’re all infected by the time the match ends, making the entire exercise completely pointless. In my time with Nano I only twice saw the uninfected win even a single round: once when a glitch caused one player to fall outside of the map where he couldn’t be infected, and another time where infected players simply refused to play the mode correctly and blocked entryways to protect the survivors instead of infecting their friends. I’ve never seen the uninfected come even close to winning even one round legitimately, which makes me wonder if any of this was playtested at all. I mean, other than now. On us.