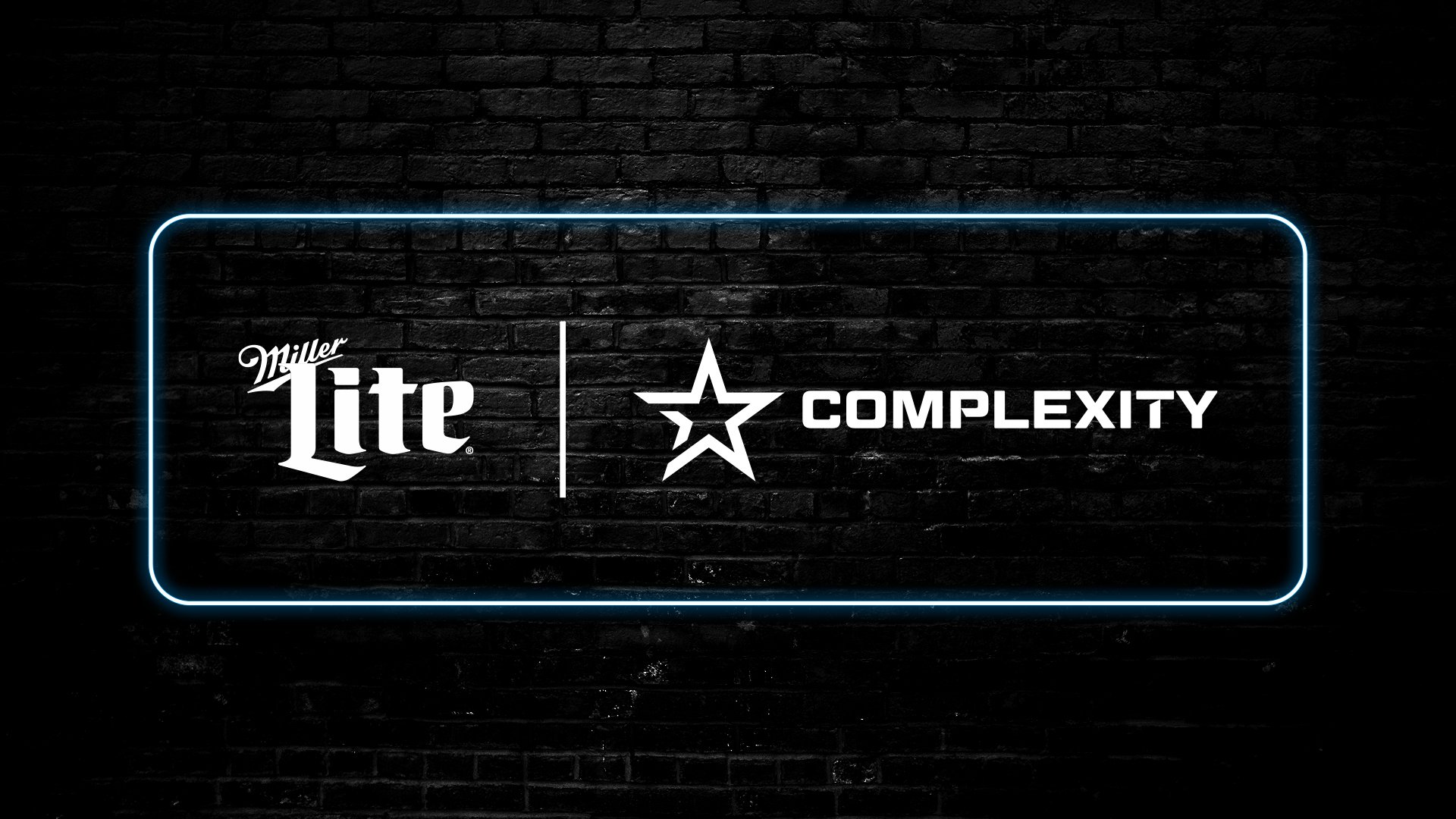 According to the release, the two companies will work together on merchandise, whilst also looking to ‘support minority voices in esports’. As such, Miller Lite and Complexity will collaborate on a new initiative designed to support diverse gaming communities.

In addition, Complexity’s talent roster will help create content with Miller Lite. This is the second major expansion between Complexity and Miller Coors.

The original partnership was signed in 2019 and was revised in 2020, shifting from live events to streaming and digital broadcast.

Bee Yancey, Sr. Director of Partnerships at Complexity Gaming, commented: ” Our relationship with Miller Lite has continued to grow organically well into year three of this partnership.

“We’ve had great success with Miller Lite creating engaging content and brand activations and look forward to expanding further into merchandise and developing positive social initiatives for the gaming ecosystem.”

The upcoming merchandise collaboration, which is expected to be released through Complexity’s web store, will include a jersey, hoodie, t-shirt, and hat. The section of the partnership that is aimed at supporting diversity will be run by both companies. Complexity and Miller Lite will host a series of streams dedicated to Unsung Heroes, including LGBTQ+, LATINX, women and charitable initiatives.

James Nanney, Sr. Marketing Manager at Miller Lite, said: “Miller Lite is a fan of gaming, and we know our fans are too. Complexity has been an incredible partner to help us form meaningful connections amongst this audience the same they would over an ice-cold beer.”

Esports Insider says: Miller and Complexity are making good steps together in creating content and supporting good causes. The upcoming merchandise drop is a good idea, however, what stands out is the commitment by both brands to invest and support charities and minority groups.