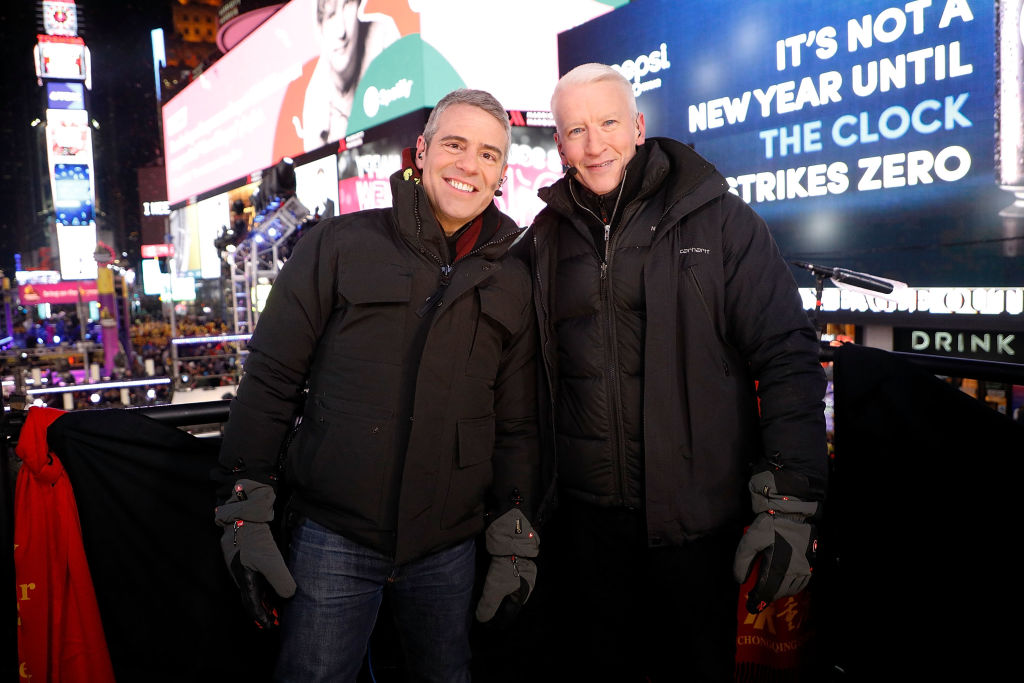 “They brought us back for another year,” Andy Cohen crowed at the beginning of CNN’s New Year’s Eve coverage from Times Square. But “there’s some stipulations this year, some fine print.”

Cohen and Cooper were famous for drinking liberally during their previous stints covering the traditional Times Square countdown. Cohen in particular became notorious for his alcohol-fueled diatribes, which last year took down New York Mayor Bill de Blasio and TV personality Ryan Seacrest. As a result, CNN ruled that drinking was out on this year’s live broadcast.

The drinking ban was addressed at the top.

“We can’t drink,” said Cohen, emphasizing that with a slight jump. “But that’s fine.” Cooper asked if Cohen would be “able to make it” through the broadcast. His partner quipped, “Do I have a pocket of edibles? I don’t know. This is a long night. This is a telethon with no disease.”

Still, the duo promised to soldier on, and they found a workaround – they will still toast their audience at the top of the hour, but it will be without alcohol.

What the duo promised was a “mystery shot.” Covering their eyes, the audience gets to see what they are drinking and toast with them. The first shot was “pickle juice,” which caused both to swallow hard.

Cohen guessed the juice was tomato juice, which he confessed he hates. Cooper claimed he never had a pickle.

There are four more mystery shots pending on the night