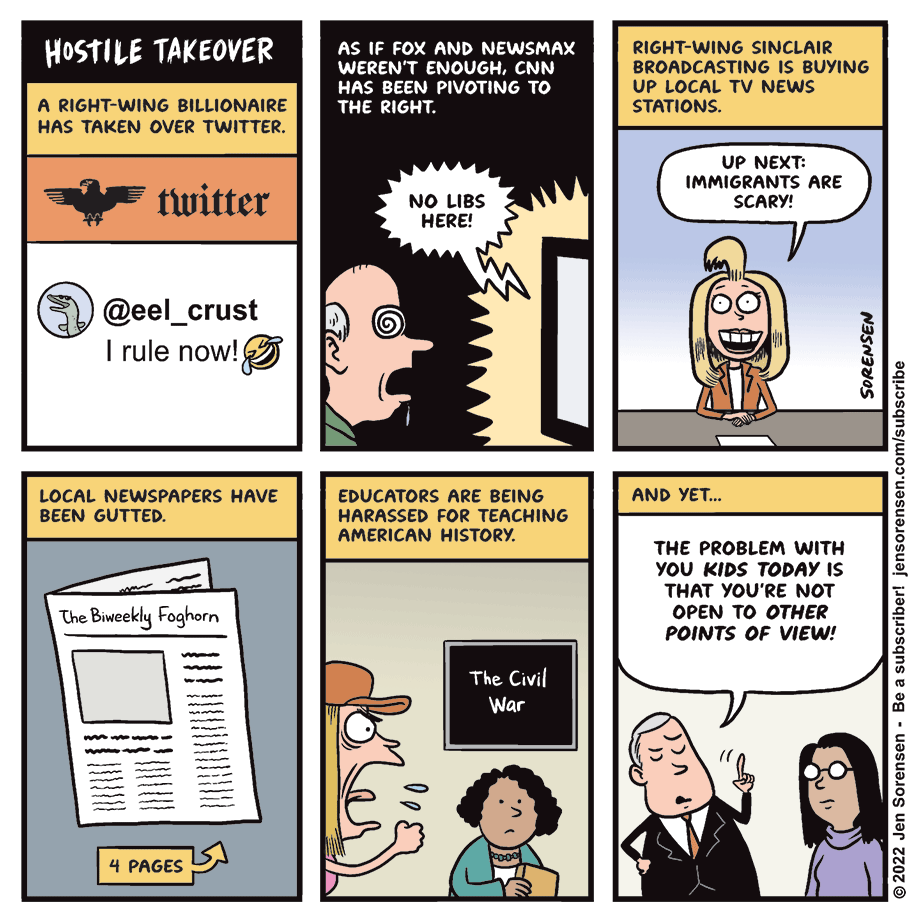 With the recent takeover of Twitter by a certain cretin who shall not be named here, the information landscape feels more dominated than ever by far-right conspiratorial garbage while progressives get pushed further to the margins. The aforementioned executive tweeted recently that the site had been propagating “far left San Francisco/Berkeley views” to the world and that he was “moving rapidly to establish a even playing field.” These guys are the true eliminationists, using money, power, and intimidation to shut down the entire project of civil rights and human rights. Yet in conventional narratives, it’s still college kids or powerless people on social media who get scolded for being some sort of authoritarian threat.

Support these comics by joining the Sorensen Subscription Service! Also on Patreon.

This article was originally published by Dailykos.com. Read the original article here.