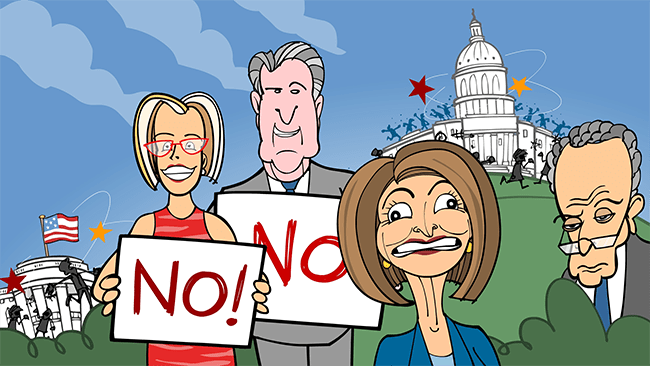 Pundits are talking about what screw-ups the Democrats are after their inability to pass voting rights legislation and their signature social spending bill. I still say a political party with two wrong-headed idiot senators is waaaay better than a party with fifty of them.

It’s amazing how much people are focusing on fights and negotiations within the Democratic caucus and President Biden’s poll numbers. Never mind that there is an entire political party firmly entrenched in Congress that supports a violent insurrection and election subversion.

Of course Senators Joe Manchin and Kyrsten Sinema are crucial to getting anything done . . . mainly because attempting to reason with Republicans is currently hopeless. Unfortunately, it looks like reasoning with Manchin and Sinema is also hopeless.

Enjoy the cartoon — and if you like my work, you can support me on Patreon, where you’ll find prints, sketches and other behind-the-scenes goodies!