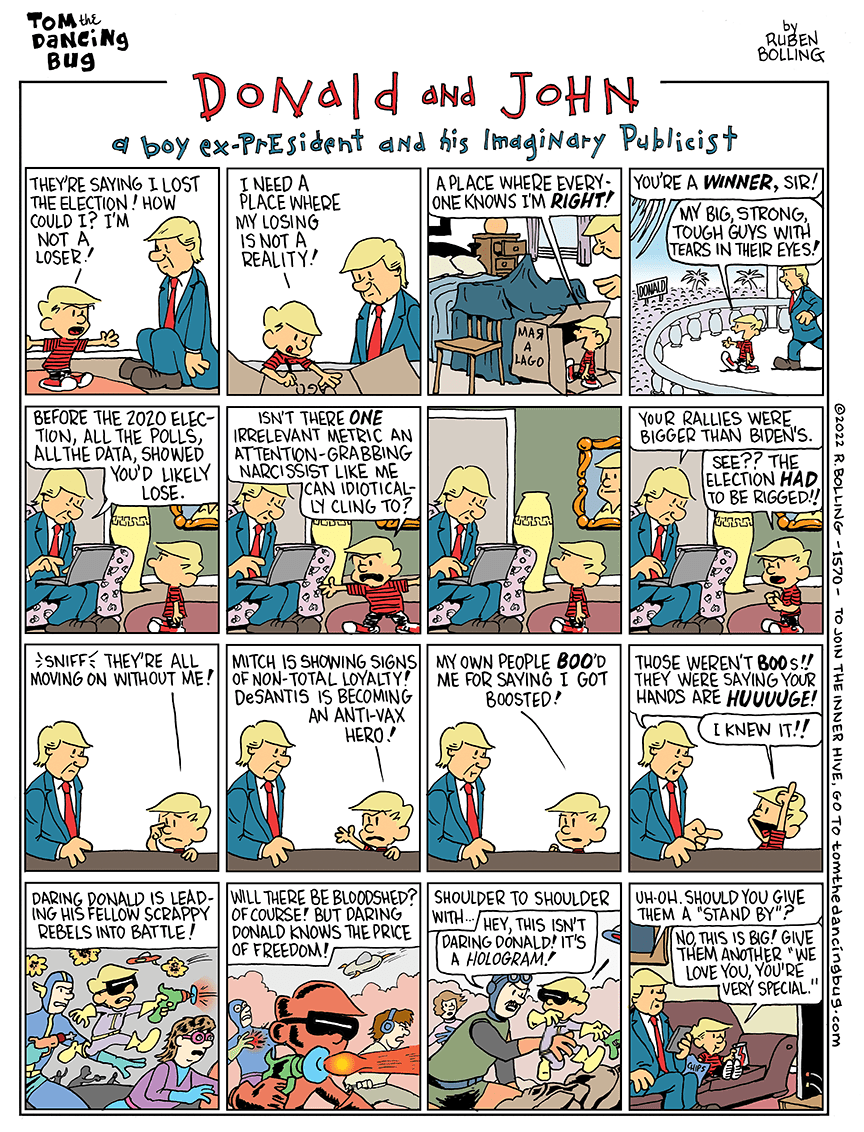 “This fine collection of work by Mr. Bolling provides ample evidence as to why he is unanimously considered one of the greatest cartoonists in the known universe. How he would rank in that other part of the universe is, of course, a matter that’s still being hotly debated within the scientific community.” –“Weird Al” Yankovic

SILBER LININGS: A playlist for Danny Boyle’s THE MATRIX-themed dance show
The Resident Round Table: Politics Fatigue, Kit’s Fallibility & The Elevator Scene
You can now buy a Steam Deck and its dock without a reservation
Billy Eichner Seems to Blame Homophobia for ‘Bros’ Low Box Office
The Medium is getting a TV series with The Witcher’s executive producer