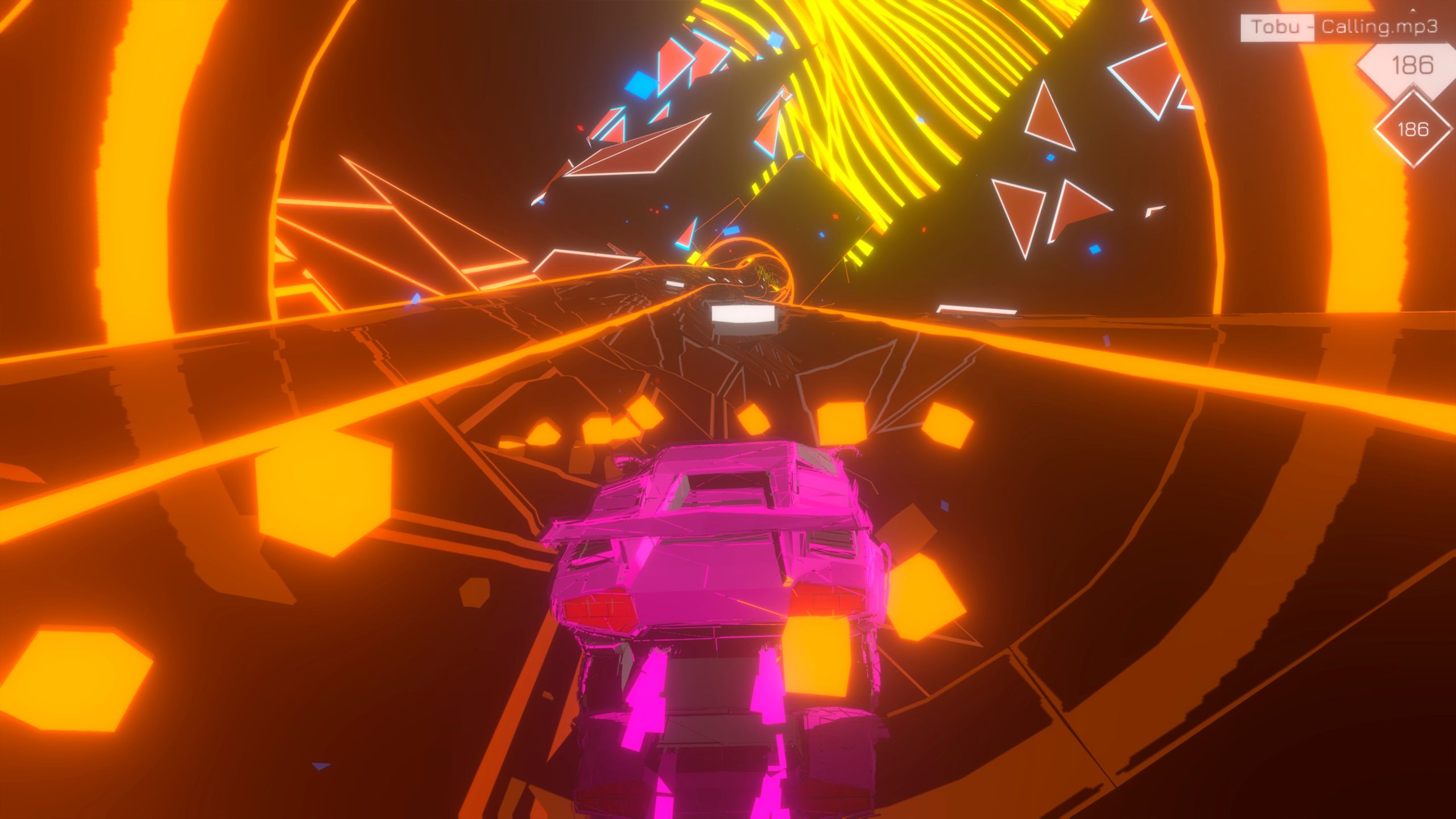 It’s only been a couple of years since Music Racer sped onto Xbox, PlayStation and Nintendo Switch, with the original game delivering up a stylish gameplay experience that was held back by a few things. One of those issues was the fact you couldn’t listen to your own music whilst racing – something which is fixed with the launch of Music Racer: Ultimate.

Available to purchase, download and play on Xbox One, Xbox Series X|S, PS4 and PS5, Music Racer: Ultimate is the follow-up to 2020’s original Music Racer – but this time round it comes with a little change… the ability to use your own music in-game.

Priced at £5.79 from the Xbox Store (expect to pay roughly that on PlayStation too) with separate versions available for both Xbox Series X|S and Xbox One, Music Racer: Ultimate takes everything that was good about the original game, and then builds on it ever so slightly.

What this means is the same racing takes place. It throws us onto a racetrack which is created in real-time, fully based on the music at hand, testing us as we harness the speed and mood of the run, dodging obstacles as we go. With fourteen levels in place, twenty-five cars to enjoy (customising them as you wish) and four different game modes, there’s just enough here to warrant a purchase.

But with that Ultimate tag comes more and in a much requested new feature we now get the chance to experience new music – our own music if we so wish.

You see, Music Racer: Ultimate allows you to use your own music in the game via a WebDAV server (from a computer or smartphone), as well as play to music published on the Audius streaming service. There are new translations in place too, with English, French, Italian, German, Spanish, Russian, Japanese and Chinese languages all in place.

Oh, and those next-gen consoles are obviously supported too, with 4K at 120fps making this run nice and smoothly.

If you’re interested in taking your Music Racer experience to the next level, tempted in by Ultimate, you’ll need to head to the digital store of your liking. The Xbox Series X|S and Xbox One versions are right here – find it on PlayStation too.

And if you’re wanting to know how exactly you add your own music into Music Racer: Ultimate? Well, you can play from Audius by just selecting “Audius” while selecting a track and you will see a list of available songs. It is possible to select songs from the “Trending” section or search for the desired artist through the “Search” option.

Let us know how you get on. And stay tuned for our full review of Music Racer: Ultimate on Xbox Series X|S soon.

Now you can race your own music! Music Racer is the dynamic rhythm game loved by millions of players around the world. The new “Ultimate” version allows you to use your own music in the game via a WebDAV server (from a computer or smartphone), as well as play to music published on the Audius service. Rush along futuristic, neon tracks. Gather beats, catch the rhythm. The racetrack is created in real time based on the game’s music tracks. The speed and mood of each run are determined by the compositions chosen. Obstacles and awards are generated from the music. Get into the rhythm and collect as many points as possible.