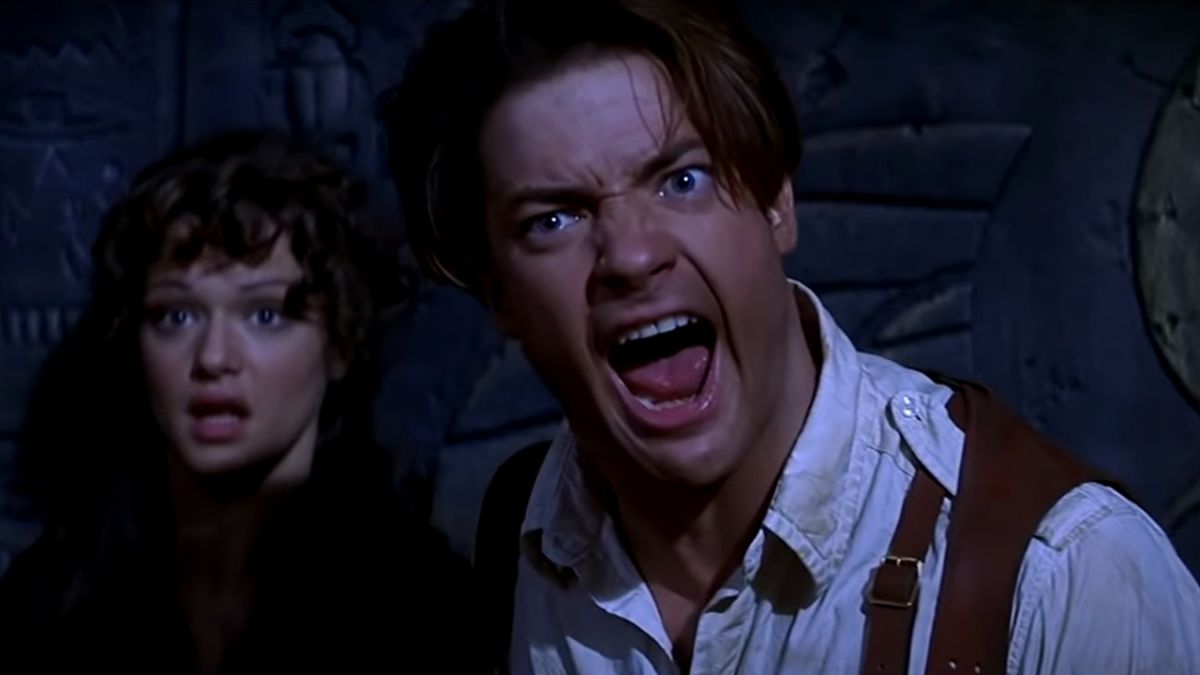 As Brendan Fraser receives some major praise this awards season for his role in Darren Aronofsky’s The Whale, fans are calling the actor’s current status in Hollywood his “Brennaissance.” As Fraser finds a resurgence of fame, we also have to wonder if the actor might return to any of his beloved roles, such as Rick O’Connell from The Mummy. When he was recently asked, Fraser sounded interested, but the matter of Universal and their plans for their monsters remains the bigger question.

Fraser has been asked about reprising his role in the Universal franchise for years, including just months ago when he said he was “absolutely” into the idea before asking “got a script?” Here are the actor’s latest thoughts about going back to The Mummy:

While speaking to Deadline, Fraser shared that he was “not opposed” to the idea and ready to “sign” up, but one question remains: does Universal even want to make another Mummy movie? The studio tried to reboot the franchise in 2017 with Tom Cruise, and it was a gigantic flop. That movie was going to be part of kicking off the “Dark Universe,” which would have been a cinematic universe for classic movie monsters like Dracula, Frankenstein, The Invisible Man and The Wolfman, but that was scrapped.

Since then, it seems like the studio has decided to simply go with the best ideas to reboot its beloved monsters rather than build out a connected universe. 2020’s The Invisible Man totally reimagined the character with an elevated horror concept, while Universal is also set to put out a new take on Dracula called Renfield. The Renfield trailer came out Thursday morning to set up Nicholas Hoult’s Renfield, who is frantically trying to get away from his toxic boss, Nicholas Cage’s Dracula.

Given the current method Universal is using with its movie monsters and Brendan Fraser being game, perhaps the door is wide open for another The Mummy movie? It would come down to someone writing the right script that would bring Rick O’Connell back all these years later. It’s been nearly 15 years since Fraser’s last adventure as the character, and Tomb of the Dragon Emperor received negative reviews and became the lowest-grossing movie of the franchise.

We can ask Brendan Fraser all the live long day about whether he’d come back, but the answer remains the same: he’s open to it, but Universal is not pursuing more Mummy movies. Either way, it’s great to see Fraser doing more high-profile projects. The Whale is currently part of talks during awards season, and the actor is set to star in 2023 movie release Killers of the Flower Moon, helmed by Martin Scorsese and starring Leonardo DiCaprio.

How I Met Your Father Shocker: Neil Patrick Harris to Reprise Barney Stinson Role During Season 2!
WoW Dragonflight Heritage Armour is good, but still no Night Elf
Dave Chappelle Talks About Backlash Over Anti-Trans Remarks
Olivia Wilde & Jason Sudeikis Hug It Out in Public After Nasty Year
Twitter Users Are Just Finding Out The Plot Of Tom Brady’s 80 For Brady Movie, And They Have A Lot Of Thoughts