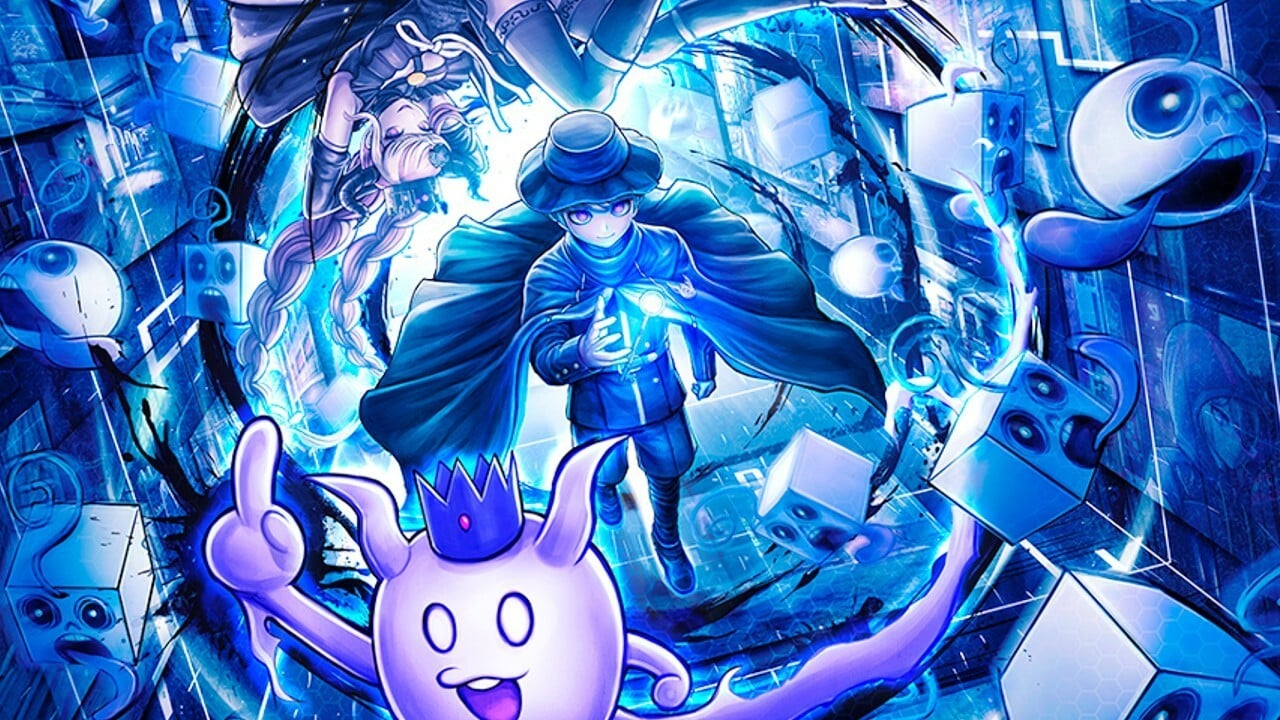 Over the holidays we’re republishing some choice features from the last 12 months. A mix of talking points, interviews, opinion pieces and more from NL staff and contributors, you’ll find our usual blend of thoughtfulness, expertise, frivolity, retro nostalgia, and — of course — enthusiasm for all things Nintendo. Happy holidays!

One of the biggest surprises and standouts during the 13th September Nintendo Direct was the reveal of Master Detective Archives: RAIN CODE, a brand new mystery game from Kazutaka Kodaka, the creator of the Danganronpa series.

Set in a rainy city full of bright lights, and embracing a more dark fantasy style compared to the pink blood-splattered school halls of Kodaka’s previous series, RAIN CODE marks Kodaka’s first foray into full 3D and reunites him with Spike Chunsoft and many of the team behind the beloved, over-the-top mystery games.

After forming Too Kyo Games in 2017, Kodaka helped produce, publish, and assist with other games — such as FMV title Death Come True and World’s End Club — so RAIN CODE marks his return as the main scenario writer.

We had a chance to speak with Kodaka-san and Spike Chunsoft about this upcoming mystery game, ask about his influences, and just how his past work has inspired him.

Nintendo Life: Master Detective Archives: RAIN CODE is described as a “lucid-noir adventure game”. Can you tell us a little bit about what that means, and what makes it different from any of your previous games?

Alex Flagg, Localization Producer: The “lucid-noir” part, in particular, is a play on words of the idea of it being a noir-type detective story, as well as having elements of the main character who has amnesia and thus is not completely lucid. And there’s also another meaning of the word having to do with the light and the lights of the city. The neon, especially, is also a big element that’s used in the world-building of the game and the game’s atmosphere. So “lucid-noir” is a little bit of a combination of those ideas that we thought sounded kind of cool.

Kazutaka Kodaka, Scenario Writer: What’s different about RAIN CODE is that my previous work had 2D graphics, but this time it’s 3D. With this version, we’re hoping to reach a wider audience, so more people can play this game. 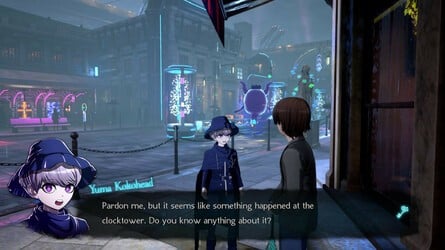 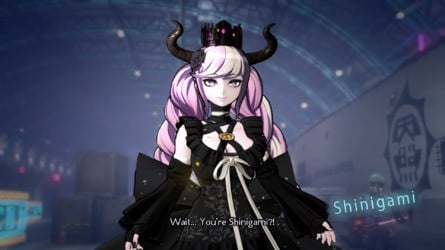 The game stars a sort-of buddy cop team in Yuma and Shinigami who come as a pair, whereas with most of the Danganronpa games you have a bigger cast. Did you face any challenges focusing on a pair of characters?

Kodaka: They are a pair, but there are also other detectives that will show up with special abilities. There are a lot of interactions with other characters, so it’s not a very big difference from previous games.

I feel really lucky that everyone finds [Danganronpa] interesting… it allows me to work on a bigger project like RAIN CODE.

So are there any moments where you might have to work with or pair up with one of the other detectives?

With the Master Labyrinths, they seem like a very flashy way of solving mysteries within RAIN CODE, but there are some similarities with the Rebuttal Showdown minigame from Danganronpa. How have you changed up the interactive mystery solving in this game?

Kodaka: It’s really hard to explain that with words. *laughs*

Something we’ve got to experience for ourselves, then!

Kodaka: With Danganronpa, it’s always in the Class Trials where the decisions are made. In Mystery Labyrinths, these are places where you solve mysteries, and as you get closer to the truth, the scenery and the setting will also change, and that’s something we wanted to show.

In the Mystery Labyrinth, the general rules don’t apply, so there are a lot of things that could happen, like when you solve the mystery the whole thing could change so you can see the different environments.

I was going to ask about that actually! I’ve read interviews where you said you were inspired by Tim Burton’s work. Is his version of Alice in Wonderland one of those inspirations or are there any other aspects of Burton’s work that have influenced RAIN CODE?

Kodaka: There’s Gotham city, as well as the aesthetics that I’m inspired by.

A bit more of a broader question for you: What do you think it is that keeps you coming back to the murder-mystery genre, and how do you come up with ideas to change up the formula every time?

I thought the image of wet raincoats would be really cool

Kodaka: Murder mystery is pretty popular in Japan! I think detective crime is interesting and it has an interesting culture. I want to show the world different aspects using this type of game.

Going back to the Alice in Wonderland/Tim Burton inspirations, RAIN CODE (compared to Danganronpa and World’s End Club) feels more dark, urban fantasy. Does that shift in genre give you a lot more freedom, or do you find it more difficult?

Kodaka: It gives me more freedom, but the fantasy elements such as Shinigami being able to use special abilities that other characters have helped when writing the scenario.

So do those special abilities come into play during the investigations or are they only available in the Mystery Labyrinths?

Kodaka: Shinigami, the one you saw in the trailer, in the world their abilities are not really known to other people, so nobody believes her ability. In the world of RAIN CODE, master detectives have an ability as you mentioned, and it’s a known thing.

Yuma, the main character, doesn’t have the ability, but teaming up with the Shinigami, he becomes a detective apprentice. When investigating, Yuma and the other master detectives with abilities, by using their abilities, will try to work together to solve the murder or mystery. The detective’s abilities specialise in investigating incidents. 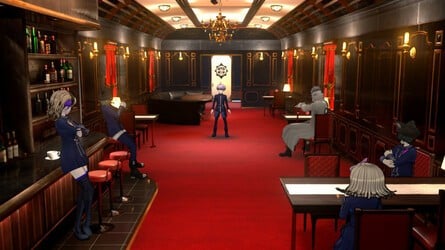 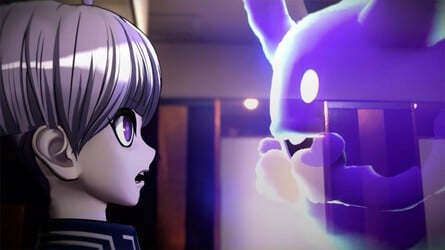 Focusing on Yuma, who is a trainee detective, he’s at the beginning of his story or his career in RAIN CODE. What do you think draws you to these characters who are, on the surface, seem very normal or like an underdog who ends up rising up?

Kodaka: I want to create a protagonist that is as plain as possible so players can also empathise with that character. Yuma has memory loss, so that’s another way that players can sympathise (because they’re finding out events about the game and characters at the same time as he is).

That’s similar to some of the other characters (Makoto Naegi, from Danganronpa Trigger Happy Havoc for example), so I think people will connect with Yuma too.

Touching on Danganronpa, RAIN CODE sees you reuniting with some of the developers (artists, composers, writers) from the Danganronpa series. What was it like working with them again and did you change your approach to RAIN CODE?

Kodaka: This project started while I was still at Spike Chunsoft about five years ago. Spike Chunsoft helped develop RAIN CODE, and while I was working on Danganronpa I didn’t utilise 3D, whereas the Spike Chunsoft development team had worked on tangentially related titles and they supervised on 3D. This time, I was able to work with this team and that’s how we were able to incorporate the 3D part. It’s a great time.

It really is! It’s great to see you all back together again. When working with the team, were there any challenges you found working with 3D? You had 3D backgrounds in Dangranronpa, 3D character models in World’s End Club, and FMV for Death Comes True, what different challenges did you experience in full 3D?

Kodaka: This time, I didn’t set the city in a country that exists. We had to create a new city from scratch, so that was an experience for me! But I found it very interesting.

Why did you want to write a game in a city or a new place that doesn’t exist?

Kodaka: To start with, I wanted to create the concept with characters as detectives. And when I thought of detectives, I didn’t think of anywhere that was bright or shiny! I thought of a city like London that was cloudy and all that. I thought this would go better with detectives.

I mentioned London, but I’ve only been there once *laughs* I know Japan very well! But that’s why I wanted to create a city that’s new, but still has different elements from different countries.

Then I thought of a city where people wear raincoats — not code, coats *laughs* — and I thought the image of wet raincoats would be really cool for a detective game. So we came up with the visual idea first for the whole setting of the city. So there’s a little Asia, a bit of Japan’s influence in the city. There are also red bricks, and that probably reminds you of London.

Definitely! And the rain as well. It rains quite a lot in England.

Between both Danganronpa and RAIN CODE, you worked on Death Comes True and World’s End Club, which are both very different from Danganronpa. Did either of those experiences help with the development of RAIN CODE or did you take any ideas or inspiration from them?

But even if it’s a sub-character, I think “oh, what if this is the main character? Can I write a story for them?”

Kodaka: I didn’t directly write the scenarios or give the directions on those titles, so this is really the first game since Danganronpa where I’m doing the scenario writing and directing. So it’s been a while since I’ve penned all these words.

Since Danganronpa, I’ve been publishing a lot of video games. It’s been five years, so I had a lot of emotions to put into the project.

I can imagine! Why do you think Danganronpa has resonated with so many people, not just in Japan, but worldwide, and what do you hope people will get from RAIN CODE?

Kodaka: When I was working on Dangnaronpa, there were no plans to release the game overseas, so I’m really happy. I actually don’t know why it was received well or why everybody likes it! But I feel really lucky that everyone finds it interesting and validating that it allows me to work on a bigger project like RAIN CODE. I feel lucky about that.

I’m glad that everybody all over the world gets to play this game, but I don’t necessarily target overseas audiences. I really value the user experience, as I am the player, so it’s the thing I value the most.

That’s a really nice way of putting it. There are some really over-the-top characters and unusual talents in Danganronpa. Do you have a favourite kind of character you enjoy writing about?

Kodaka: It changes depending on where I am, or at what point I’m at when writing. But even if it’s a sub-character, I think “oh, what if this is the main character? Can I write a story for them?” That’s something that I think of when I write the plot.

I think that’s why people really connect with them and enjoy the characters because they just stick out that way. That’s a really fantastic way of putting it. To end, have you ever considered writing something that doesn’t involve murder or crime, or do you have an ideal story you’d like to write?

Kodaka: Oh yeah, everyone just so happens to die in my stories… *laughs*

This interview has been lightly edited for clarity.

We want to extend our thanks to Kodaka-san and Spike Chunsoft for taking the time to speak with us. Master Detective Archives: RAIN CODE releases on Switch in the Spring of 2023.