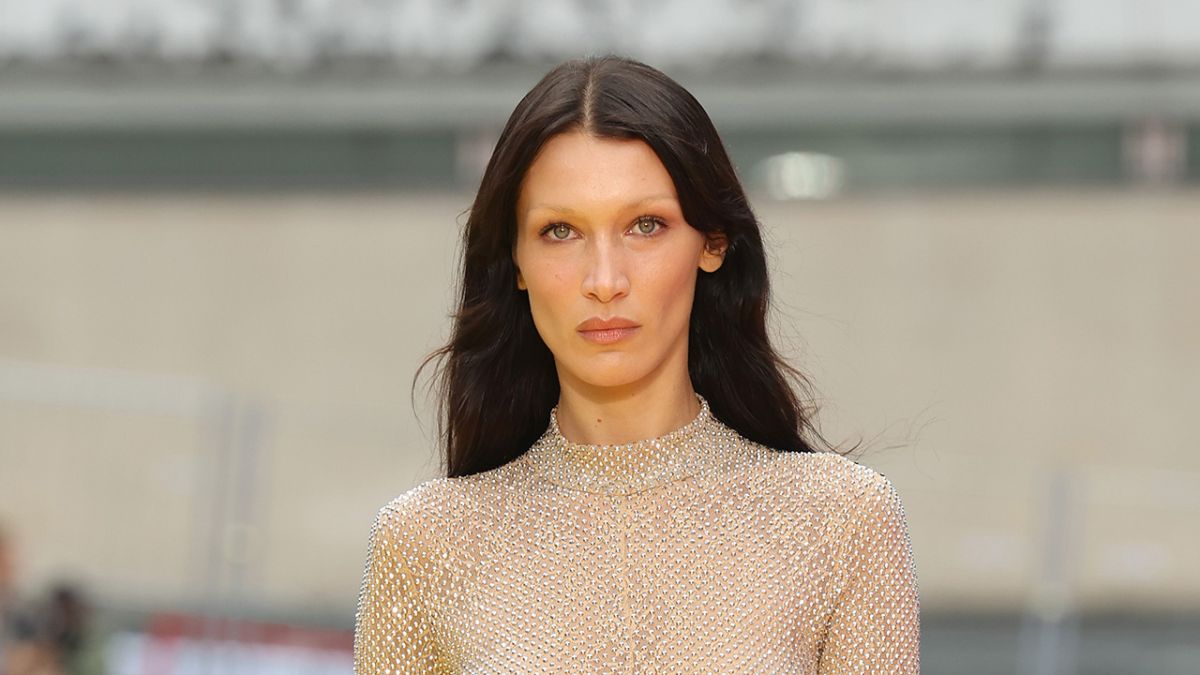 Bella Hadid knows how to rock an outfit. She’s been modeling since the age of sixteen and knows her way around a catwalk. This week, however, she rocked several sheer looks for events at Paris Fashion Week. One was a jumpsuit in the vein of what we saw from Florence Pugh a few months back, but the other was literally fabric spray painted onto her body in memorable fashion.d

In a post on Instagram, Coperni revealed a highlight video of the “magical” onstage moment, which involved an unrehearsed dress being tailor made for the model’s body while she was out onstage. The Coperni dress was billed as “when fashion meets technology” and you can see how it eventually fits her form perfectly below.

Obviously, the look made the rounds when it happened over the weekend, going more viral than that time the Hadid sisters rapped in their underwear. The video above has been viewed widely, but the repost of the video Bella Hadid herself shared already had nearly 3 million likes at the time of this writing. Coperni wrote to the model after the event played out perfectly onstage:

She also noted the major moment made her “speechless.” A bunch of celebs also commented, though Venus Williams calling her “the perfect muse” is the one that stands out most.

Meanwhile, this wasn’t the only time Bella Hadid brazenly went in a new direction at Paris Fashion Week. In fact, at the Stella McCartney Womenswear Spring/Summer 2023 show, the model stood out in the pack in a sparkly-but-sheer jumpsuit that was totally reminiscent of the Barbiecore look worn when Florence Pugh broke the Internet during a fashion show in Rome after also wearing a sheer look. To note, it’s a look I would describe as NSFW.

In Pugh’s case, a slew of people seemingly spoke out after the actress “freed the fucking nipple” for the major fashion moment, and Pugh later addressed how the negativity made her feel and other celebrities like Jessica Chastain even came to her defense.  However, in Bella Hadid’s case, the sheer dress seems to have been presented without too much additional comment. Maybe it’s just because it got upstaged by the other sheer, painted on look?

Whatever the case, Paris Fashion Week was certainly a major moment for Bella, to the point where the looks had more tongues wagging than her sister Gigi’s reported low-key romance with Leonardo DiCaprio. And I must say that is a bit of a feat.

Chicago Med Spoilers: How Will Brian Tee Be Written Off the Show?
Holland Roden and Tyler Hynes Preview Time for Him to Come Home for Christmas
Jonathan Majors Had A Sweet Take When He Learned He’d Broken The Internet With His Ripped Physique
PREVIEW: A daring escape is made in KROMA #2
‘Flashdance’ and ‘Fame’ Singer Irene Cara Dead at 63