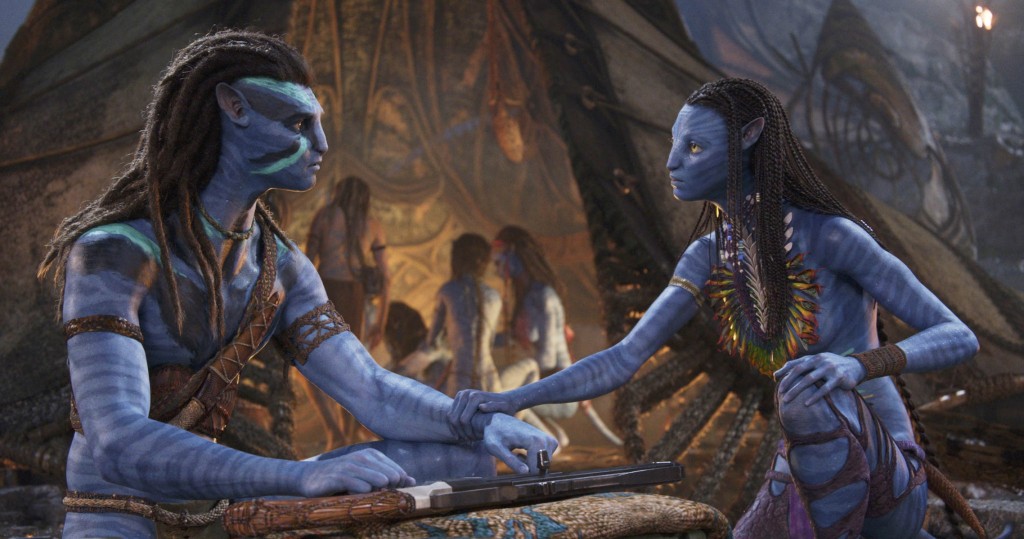 Refresh for latest…: James Cameron’s Avatar: The Way of Water rang in the New Year with another $186.7M from 52 international markets for a $1.379B global cume to date. Including China, the film rose 6% from last weekend’s Christmas frame offshore (excluding China, it was even with last session). The international box office now stands at an estimated $957M, meaning Way of Water will cross $1B overseas early this week; when it gets there, it will be only the 2nd movie to the benchmark during the pandemic era.

The 20th Century Studios/Disney title is now the 15th biggest movie of all time globally, overtaking Harry Potter and the Deathly Hallows Part 2.

Overseas, it remains the No. 1 non-local movie in all markets and is the 13th biggest international release ever. It’s also the highest grossing release of the year offshore and the 2nd of the pandemic.

China, which had been initially worrisome, saw a 42% jump from last weekend, posting an estimated $36.9M for the session which lifts the estimated cume to $152.8M, passing Jurassic World Dominion as the biggest Hollywood import of the year. Local ticketing platform Maoyan has increased its final projection to RMB 1.48B ($210M) which, at historical rates, would overtake the first movie’s original performance in the market.

In its third weekend of release, the Na’vi lay claim to the highest grossing title during the pandemic era in France, Italy, Austria, Czech Republic, Hungary, Bulgaria and Lithuania; and the biggest studio movie of the pandemic in Korea, Vietnam, India and Thailand.

While some offshore markets see vacations conclude this week, several are still in a local holiday period.

In global IMAX, Way of Water grew by 4% this weekend, posting the 2nd best ever result for a 3rd weekend with $28.6M.  In 19 days it has reached $152.2M in worldwide IMAX box office, now behind only Avatar, Star Wars: The Force Awakens and Avengers: Endgame for the format. The offshore portion of the worldwide total is $96.9M, the 3rd highest International IMAX gross ever, behind Endgame and the first Avatar. China delivered $6.8M of the offshore frame, an increase of 19% over last weekend, for a Middle Kingdom cume of $35.7M, more than 24% of the nationwide total.

Eighteen countries ring in the New Year with Avatar: The Way of Water now officially their biggest ever IMAX release (the growing list includes such key markets as India, Germany, Thailand and South Korea, along with France, Turkey, Italy, Belgium and Switzerland).

Meanwhile, Universal/DreamWorks Animation’s Puss in Boots: The Last Wish continued its international expansion this weekend in a further 18 markets to bring the total to 71. The New Year’s session spiked upwards by 15% in the holdovers, for $22.5M and a $68.8M overseas running cume. Globally, the sequel has $129.6M in the kitty. Excluding China Puss 2 is in line with Sing 2 at the same point offshore.

Australia was the lead new opener with $3.4M at No. 2. It debuted on Monday, a holiday down under, and previewed strongly through the midweeks. As expected, NYE business was limited across the market, but reviews are positive and there’s runway ahead. The opening weekend excluding previews is more than double Sing 2, also coming in above Encanto, Coco and Ferdinand.

In Central America, the Antonio Banderas-starrer scored the biggest Thursday opening day for any DWA title, reaching $1.7M through the frame which is above Encanto, Sing, Sing 2 and Ferdinand. In Vietnam, Puss nabbed the 2nd biggest opening Saturday for an animated title during the pandemic era and took $700K across the weekend, including strong Christmas previews last weekend. Vietnam, Malaysia, Hong Kong, Thailand and Singapore have all topped the lifetime of Sing 2.

France, the top market to date, grew 8% from the Christmas frame and has reached $12.7M. Germany saw a 73% uptick to hit $5.1M and Mexico dipped just 17%, surpassing the lifetime of Encanto with $6.6M to date. Elsewhere, Italy was up 140% for $4.4M so far.  In China, Puss notched a strong 9.3 score on Maoyan and has now grossed $1.3M amid evolving market conditions. Still to come are Korea and Brazil next weekend, the UK in February and Japan in March.

Sony/TriStar’s Whitney Houston: I Wanna Dance With Somebody boogied to strong increases this session with holdovers up 29%. The weekend was good for $8.3M in 44 overseas markets for an international cume of $13.1M. Notably, the UK launched with $4.1M and Australia warbled to $1.5M. Germany, Netherlands and Italy saw strong upticks. Still to come are Brazil and Mexico in January, and Korea in March.

Universal also got going early overseas on Blumhouse’s scary doll pic M3GAN with a $3.3M weekend. Mexico grossed $1.7M, in line with The Black Phone and France delivered $1.4M including the biggest horror opening day of the year. The launch is in line with Smile and Halloween Ends, and above The Boy and The Black Phone). Rollout continues through January, then in Japan in June.