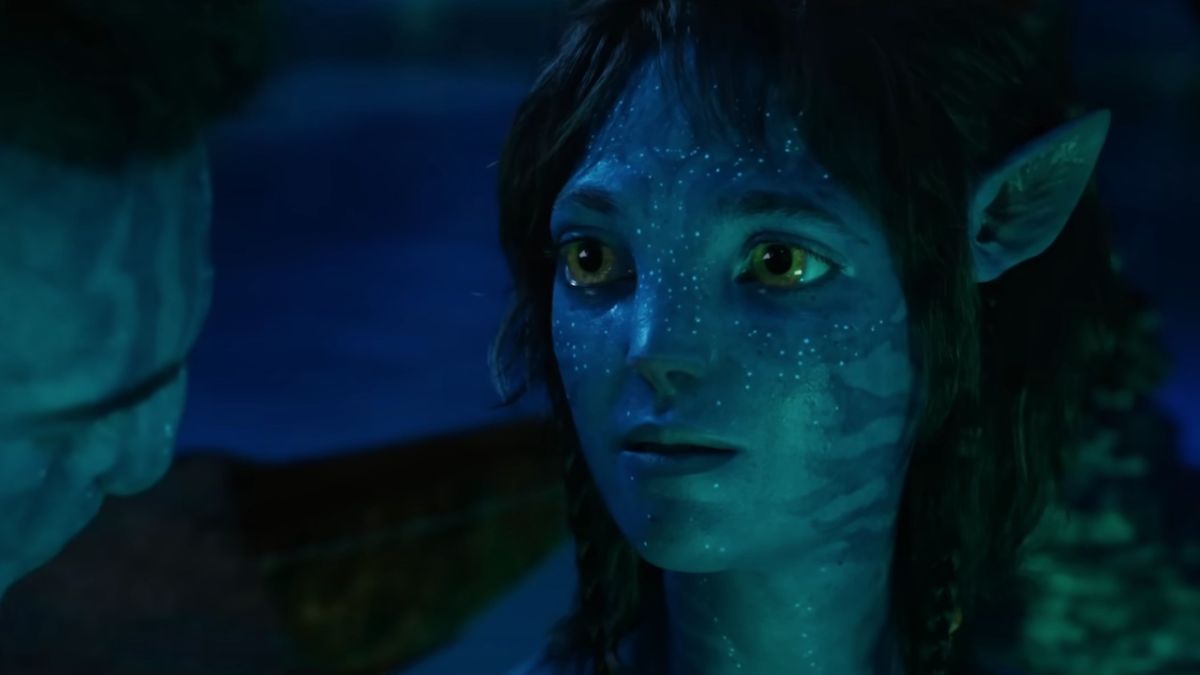 Among the many cast members returning to Pandora for Avatar 2 is Sigourney Weaver, but her role in the film is not what we were expecting. Rather than James Cameron bringing back Avatar’s Dr. Grace Augustine from the dead, the actress will play the 15-year-old Na’vi daughter of Jake Sully and Neytiri, Kiri. While the choice certainly feels like a random role for Weaver, Grace and Kiri apparently have a major connection.

Ahead of Avatar: The Way of Water hitting theaters next month, James Cameron has shed light on Kiri. Here’s what he said of the thread between Sigourney Weaver’s two Avatar characters:

In a recent interview with Entertainment Weekly, Cameron explained that Kiri is actually born of Dr. Grace Augustine’s Na’vi avatar and then adopted by Sam Worthington’s Jake Sully and Zoë Saldana’s Neytiri as their own. Kiri will be a naturally conceived Na’vi born and raised in Pandora’s rainforest.

When we catch back up with the Na’vi couple in Avatar: The Way of Water, they’ll have five children: Kiri is their eldest among Jamie Flatters’ Neteyam, Britain Dalton’s Lo’ak, Trinity Bliss’ Tuk and an adopted human child named Spider, played by Jack Champion. When it comes to Kiri, Cameron shared that the character is “a true sensitive” who is “very connected to the world around them, far beyond a normal Na’vi.”

The Avatar filmmaker also teased what’s going on with Kiri in one of many underwater The Way of Water sequences teased in the trailers. According to James Cameron, before she experiences the wonders of the oceans, she’s going through an “anxious and depressed state.” Connecting to the water gives the new character a “transformative experience” that allows her to joyfully reconnect with her environment.

Sigourney Weaver has spoken about her new role as Kiri, sharing that playing a 15-year-old and in the specific motion capture conditions James Cameron has his actors play with had her have to “work in a completely different way” and proved to be a challenged for her. While playing the character, Weaver did extensive training for Avatar 2, including the likes of parkour, burpees and freediving.

It’s certainly a unique way for Sigourney Weaver to come back to the fold for Avatar after Dr. Grace Augustine’s death. It will allow the 73-year-old to play a role in a different phase of their life and mindset, and one she wouldn’t typically be able to in live-action. Along with Weaver’s return to the franchise, Kate Winslet, Stephen Lang, Edie Falco, Cliff Curtis and Jemaine Clement are also among the Avatar 2 cast. The Way of Water hits theaters on December 16.