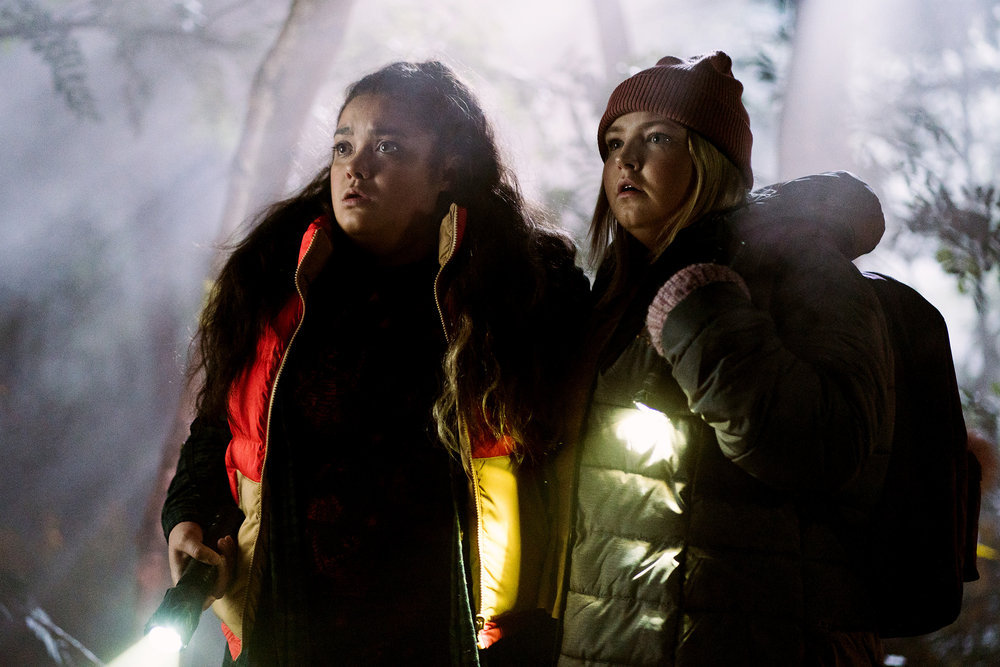 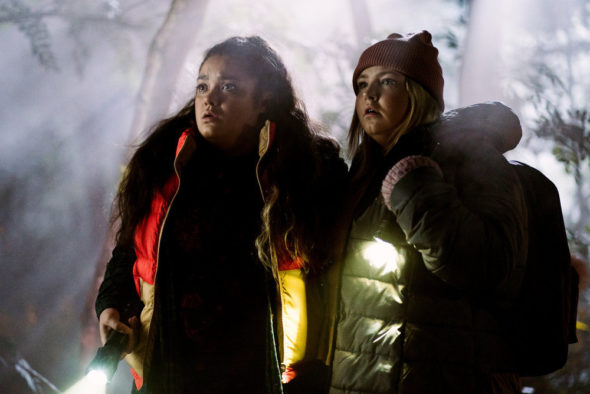 These BFFs won’t be rescuing their planet after all.  Syfy has cancelled the Astrid & Lilly Save the World series, so there won’t be a second season. The first season of 10 episodes finished airing last March.

A supernatural comedy series, the Astrid & Lilly Save the World TV show stars Jana Morrison and Samantha Aucoin with Olivier Renaud, Julia Doyle, Geri Hall, Noah Perchard, Spencer Macpherson, Christina Orjalo, Kolton Stewart, Megan Hutchings, and Michael McCreary. The story revolves around a pair of BFF teens who attend Pine Academy. Lilly (Aucoin) is sweet-natured and intuitive with a passion for investigative photography. Meanwhile, Astrid (Morrison) is bold and unfiltered with a knack for “sciencey” gadgets. High school is hard enough when you’re different, but when these outcasts accidentally crack open a portal to a terrifyingly quirky monster dimension, it gets a lot more complicated. With some help from an extra-dimensional monster hunter named Brutus (Renaud), it’s up to Astrid and Lilly to vanquish the creepy creatures and save the world, becoming the badass heroes they were meant to be. That is, if they can survive the horrors of high school.

The first season of Astrid & Lilly Save the World averages a 0.04 rating in the 18-49 demographic and 240,000 viewers in the live+same day ratings (including DVR playback through 3:00 AM). While these numbers don’t include further delayed or streaming viewing, they are a very good indicator of how a show is performing, especially when compared to others on the same channel. It was Syfy’s lowest-rated show in the demo and a middle-of-the-road performer in total viewership.

What do you think? Have you watched the Astrid & Lilly Save the World TV series on Syfy? Are you sorry to hear that this show wasn’t renewed for a second season?

The Last of Us Part 1 will be delayed on PC, but not by much
Capcom has treated us to 12 minutes of Resident Evil 4 Remake gameplay
The Rookie Round Table: Was Nolan Wrong to Ditch His Mom?
Top Comics to Buy for February 8, 2023
Activision Blizzard Charged $35 Million By the U.S. Securities and Exchange Commission