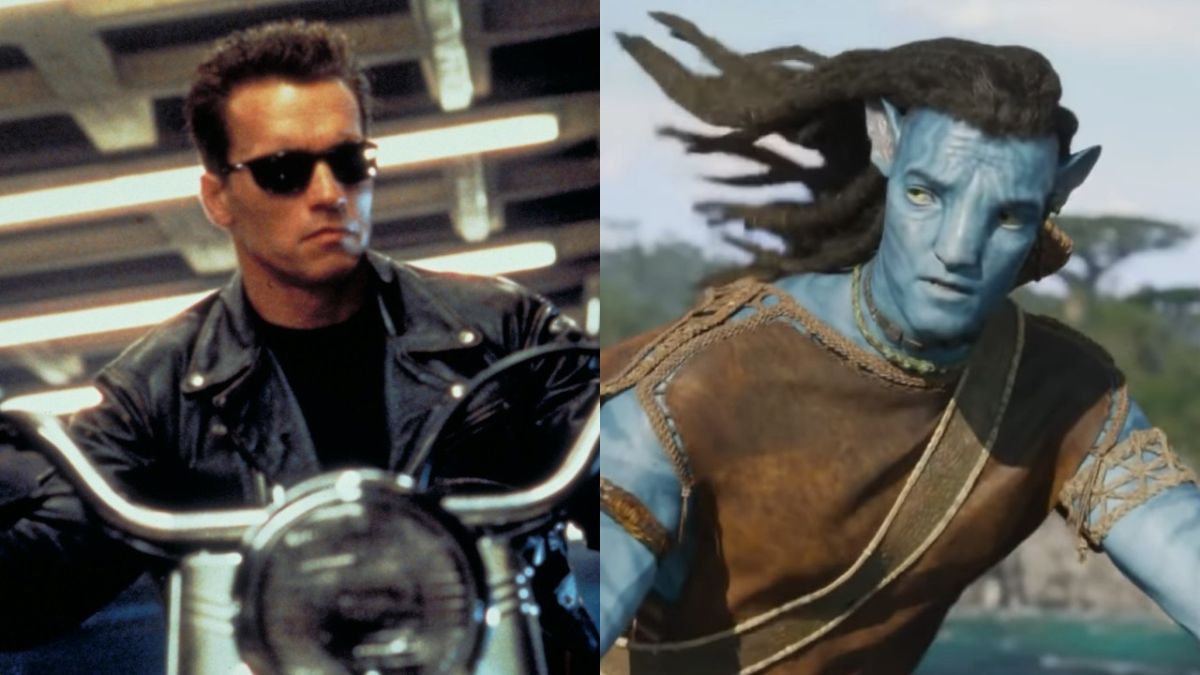 Arnold Schwarzenegger remains one of the most recognizable names in Hollywood though, today, the actor and former bodybuilder and California governor leads a pretty chill life. While the 75-year-old star does still line up acting gigs, he seems more content with indulging in his personal hobbies like caring for his fuzzy livestock and riding around in tanks. With that in mind, Schwarzenegger doesn’t attend high-profile events like movie premieres all that often. However, he was one of the many Hollywood titans to show up at the Avatar: The Way of Water premiere, and he’s provided an explanation for that.

Cinephiles surely know that Arnold Schwarzenegger has a relationship with the man behind the Avatar franchise – James Cameron. The actor and Oscar-winning filmmaker have collaborated on multiple Terminator movies over the years. The two have remained firm friends over the last several decades, and Schwarzenegger doesn’t mind throwing a bit of praise his colleague’s way. He did that very thing when making note of The Way of Water’s recent release:

The two stars have truly been in the trenches together and in the process, have crafted some of the most memorable pieces of cinema. It’s wonderful to see that their relationship endures today, one would imagine that it won’t change anytime soon. And as Arnold Schwarzenegger explained in the latest edition of his newsletter, it’s that tight bond that encouraged him to attend the star-studded premiere earlier this month. His comments also suggest that it proved to be a visceral experience for him:

Likewise, critics have showered praise on The Way of Water, with many citing its dazzling visual effects and pitch-perfect performances as highlights of the movie. The positive buzz is paying off the film in a big way at the box office, as the first Avatar sequel has already earned $1 billion worldwide. I think most would agree that’s not too shabby, especially in the COVID era. Surely the cast and crew are also hoping that the subsequent follow-ups have the same level of success.

One can’t help but wonder if Arnold Schwarzenegger himself would ever consider joining the science fiction franchise at some point. He’d be a strong fit and could bring a fair amount of gravitas and physicality to whatever part he’d play. It’s hard to say whether or not he’d actually sign on for one of James Cameron’s sequels, though. Production on the saga has been lengthy and, while Schwarzenegger clearly admires his friend’s craft, he may not want to actually play in that sandbox. But who knows, maybe the two will reunite for a story set in Pandora or on another production. Regardless, I’m just hoping that their cool friendship keeps going strong – and possibly leads Schwarzenegger to attend a few more premieres.

Avatar: The Way of Water is now playing in theaters, and anyone curious about what’s dropping next year can check out CinemaBlend’s schedule of 2023 new movie releases.