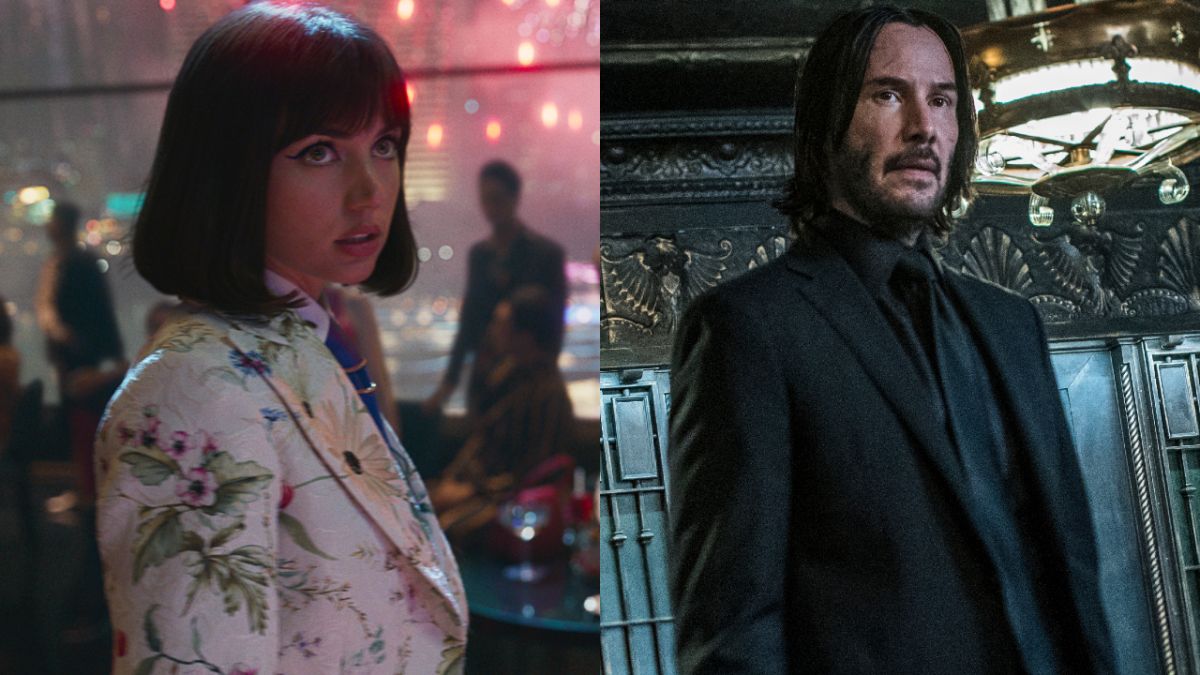 Ana de Armas has been logging a lot of action experience on her recent resume. Her titular role in the John Wick spinoff Ballerina is poised to introduce the actor into yet another franchise that stands among the best action movies on the market. That possibility is even more emboldened by the fact that de Armas is promising some “crazy stunts” in her future team up with franchise lead Keanu Reeves.

During her latest appearance on The Tonight Show with Jimmy Fallon, Ana de Armas took a moment to update the world on the status of Ballerina. This particular dance seems to be quite far along in its steps, as she teased the following progress:

The rising action star has come a long way from her intense No Time To Die stunt crash course. In short succession, Ana de Armas found herself going from a single action packed sequence with Daniel Craig to a heap of action in Netflix’s The Gray Man. That progression saw her also picking up some new shooting skills through more intense training, which only sharpened de Armas’ prowess as an action lead all the greater.

By time she was announced as Ballerina’s lead, de Armas was more than ready to take on this new challenge. At least, that’s what it sounds like when she describes her Ballerina experience over the past four months. Although it has to have helped to have someone as giving and professional as Keanu Reeves as a co-star/stunt partner, as he’s gone through the same sort of trial by fire throughout the John Wick saga.

After a series of delays that saw John Wick: Chapter 4 and its presumed sequel pushed to a later than intended debut, the overall world of this vengeful anti-hero is ready to explode. Weaving in faces old and new into Ballerina’s amazing cast, Ana de Armas could see herself facing off against even more danger in the years to come. So all of this practice with Keanu Reeves is going to come in handy should this new series take off with the public.

There’s a bit of good news/bad news in the air, and the bad side of the spectrum is that we currently do not know when to expect Ballerina to hit theaters. In terms of the good news, we do know that John Wick: Chapter 4 is on the 2023 new movie releases slate.

Mr. Wick is expected to return the movies on March 24, so be sure to send your best black suit to the cleaners ahead of time. And if you want to catch the John Wick trilogy, again or for the first time, an HBO Max subscription is all you’ll need at the time of this writing.