I’ve been interested in railroads and train games since I was a kid. One of my early sources of inspiration was the DOS game ShortLine. It was already a puzzle game which was very interesting to play on my friends’ computer.

Railway Valley is one of the first Flash games we made at Flazm. But we faced significant problems with sprite locomotives and cars that had to be rotated and colored. So when we decided to make this game in Unity3D, it was evident that we needed 3D.

At first, the game was called Railway Valley 3D, but it wasn’t the most successful naming, and we renamed it Train Valley. Although Train Valley has many basic mechanics of its predecessor, it’s more advanced in every way.

Initial Reception and the Importance of Listening to Your Community Suggestions.

We have been fortunate with the community. Our players range from four to 80+ years old, and almost all of our feedback was helpful, constructive, and nice. Thanks to our players, we quickly realized that the game is hard to play for colorblind people and added the colorblind mode. There was also a fascinating request for a sandbox mode where you could play with children without the pressure of money and time. This mode also appeared solely thanks to our players.

Technical Challenges that Appeared during Development

There were quite a few challenges since this was our first “big” PC game on Unity. For example, in the early videos of the project, you can see that we experimented a lot with flexible path guidance (a lot of math behind it) but eventually abandoned it in favor of tile-based path guidance. We also had a lot of trouble with the basic Unity terrain, which adds a lot of restrictions to level design. But we’re happy with what the game ended up being.

My Favorite Three Levels in the Game and Why.

I love the volcano level from the European season. There, the “tightness” of the track construction is a full participant in the game for the first time. Next, most of the Japanese season because it’s wonderful (we tried to capture the charm of the sakura, Mount Fuji, and the first shinkansen). And, of course, the rocket launch at Baikonur Cosmodrome – we specially made slow train mechanics with rocket parts for it, and it’s tough to pass.

Main Lessons We Learned as a Team from Developing Train Valley and the Achievements I Feel More Proud of in Hindsight.

The most important thing we learned while working on the game was how important it is to keep in touch with the players and be thoughtful about feedback. We have a great community of train enthusiasts who have tried to reciprocate! We’re very grateful for your input and advice, and we’re glad we have each other!

We hope you enjoy Train Valley as much as we do. It’s available today on Xbox! 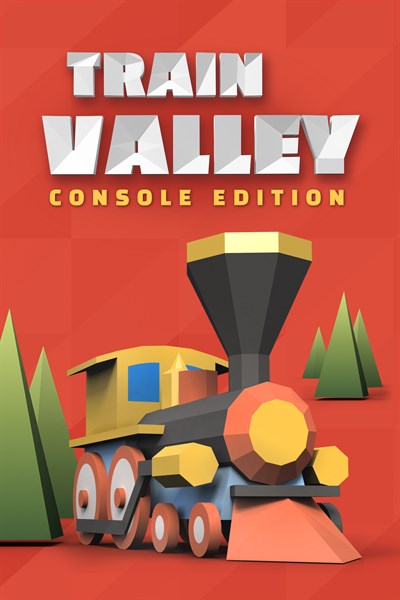 ☆☆☆☆☆
★★★★★
Build railroads in order to connect cities, tunnels and bridges. New railways are cheap when laid across bare fields, but can be expensive when demolishing forests, villages and other existing structures.
Manage increasing traffic by constructing, switches, sidings and spurs so that multiple trains can run without delays, at the same time.
Stay accident-free by precisely controlling trains during crucial moments, using pause for planning (you can build railways and schedule trains while on pause).
Play through 5 seasons: Europe (1830–1980), America (1840–1960), USSR (1880–1980), Japan (1900–2020) and Germany (1830-2020).
Complete the story mode featuring such real-life events as the Gold Rush of 1849, the construction of the Florida Overseas Railroad, World War II, the Cold War, the launch of the first manned space flight Vostok 1, the fall of the Berlin Wall and more.
Explore the game in different game modes: in story mode (5-10 minutes), in random mode (15-20 minutes – the level looks and develops differently every time you launch) or in sandbox-like regime (can be turned on for both story and random modes. It allows to play without time and money limits).
Discover 30 types of trains – from early steam-powered locomotives to modern high-speed trains, driving 18 types of cars – from old-time passenger cars to hoppers and cisterns and to military-use tank and gun platforms.
This article was originally published by Xbox.com. Read the original article here.
Share on Facebook
Share on Twitter
Share on Pinterest
Share on LinkedIn