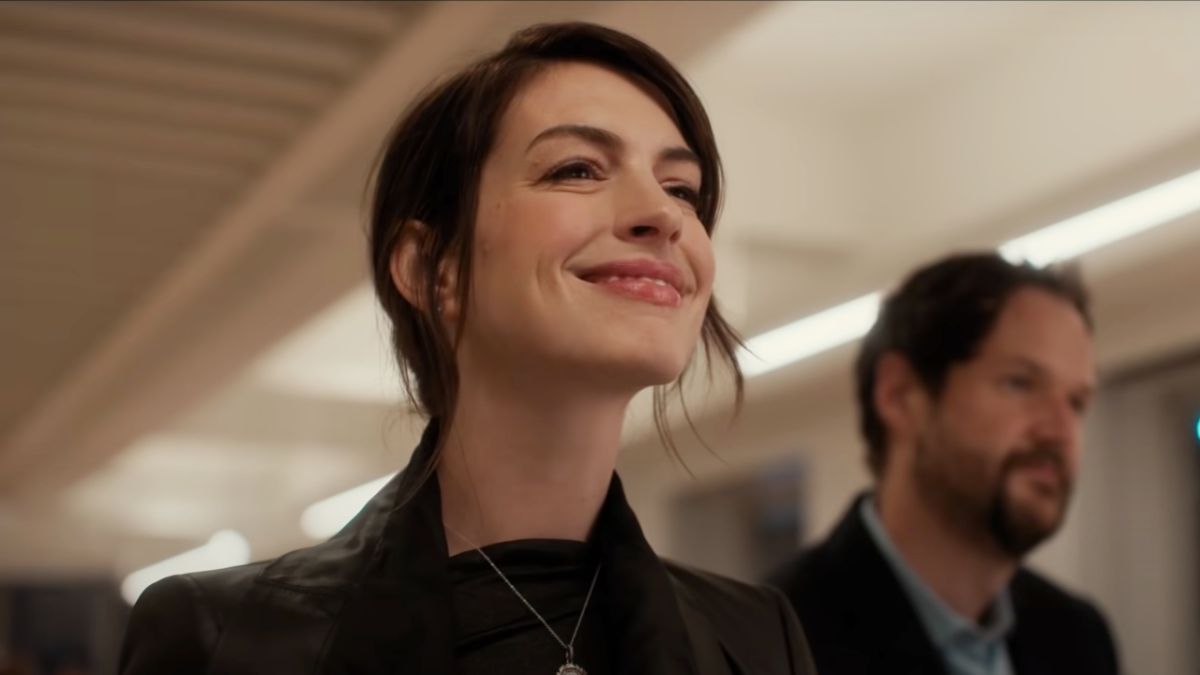 You’ve heard of the urban slang term “big dick energy” a.k.a. BDE, right? Think of it as having confidence without being too cocky about it. Everyone has their own idea of who carries this admirable trait, and Anne Hathaway shared who she believes has BDE. You’ll be very impressed with her choices.

There are a lot of people in Hollywood who exhibit the powers of BDE based on what a celebrity stands for, as well as their actions. In Interview Magazine, Anne Hathaway was asked questions by a number of celebrity chums of hers. One of those friends, Mindy Kaling, mentioned to Hathaway about being part of a text chain five years ago about who she thinks has BDE, and this was what the Princess Diaries star had to say.

She makes some nice points. After all, Lizzo has had no problems speaking out about internet weight shaming and being proud of your body. Billie Eilish won Album of the Year at the Grammys for her first album When We All Fall Asleep, Where Do We Go? as well as winning Best Original Song at the 2022 Academy Awards. Harry Styles has established himself as a successful singer and acted in movies like Amazon Prime’s My Policeman, where he plays a gay cop. United States Vice President Kamala Harris wore Christopher John Rogers’ unforgettable designs during Inauguration Day. And we also can’t forget about Michelle Yeoh, who continues to dazzle us in every kick-assing role she plays, like A24’s high-grossing film Everything Everywhere All At Once. So who would you say rocks your BDE scale?

Anne Hathaway has had some BDE moments herself. Not only has the actress won Best Supporting Actress for Les Miserables, but she’s had no problem firing back at her haters for not having some intelligence behind their negativity. The former Disney star has also spoken about fat shaming and not caring about living up to Hollywood’s size standards. What you should also know about Anne Hathaway is that she recently quit drinking for her six-year-old son and plans on continuing that behavior until her son turns 18. Well, it proves in terms of recognizing BDE, it takes one to know one. Although if it was up to me, I would rephrase the term for women as BOE (big ovary energy).

Anne Hathaway’s latest project saw her being part of the cast for the Apple TV+ limited series WeCrashed. She played opposite Jared Leto as his character Adam Neumann’s wife, Rebekah Neumann, who is also the chief brand and impact officer of WeWork. While we won’t be getting a Princess Diaries sequel anytime soon, Hathaway has some upcoming movies under her belt like the Cannes hit Armageddon Time, which received a seven-minute standing ovation from the audience. We’ll be sure to continue to see Anne Hathaway show that BDE in everything she does going forward.

Steve Jackson’s Sorcery! plays out on Xbox, PlayStation and Switch
Taylor Swift And Joe Alwyn Making Out In Bahamas On Vacation
‘Good Omens’ Director Douglas Mackinnon Urges “Chain Of Scottish Productions” As Research Shows $700M Generated In 2019 In The Nation
Judge in Amber Heard Case Says You Can Appeal Verdict, But It Will Cost You
Sean Penn On Capitol Hill for House Committee’s January 6th Hearing