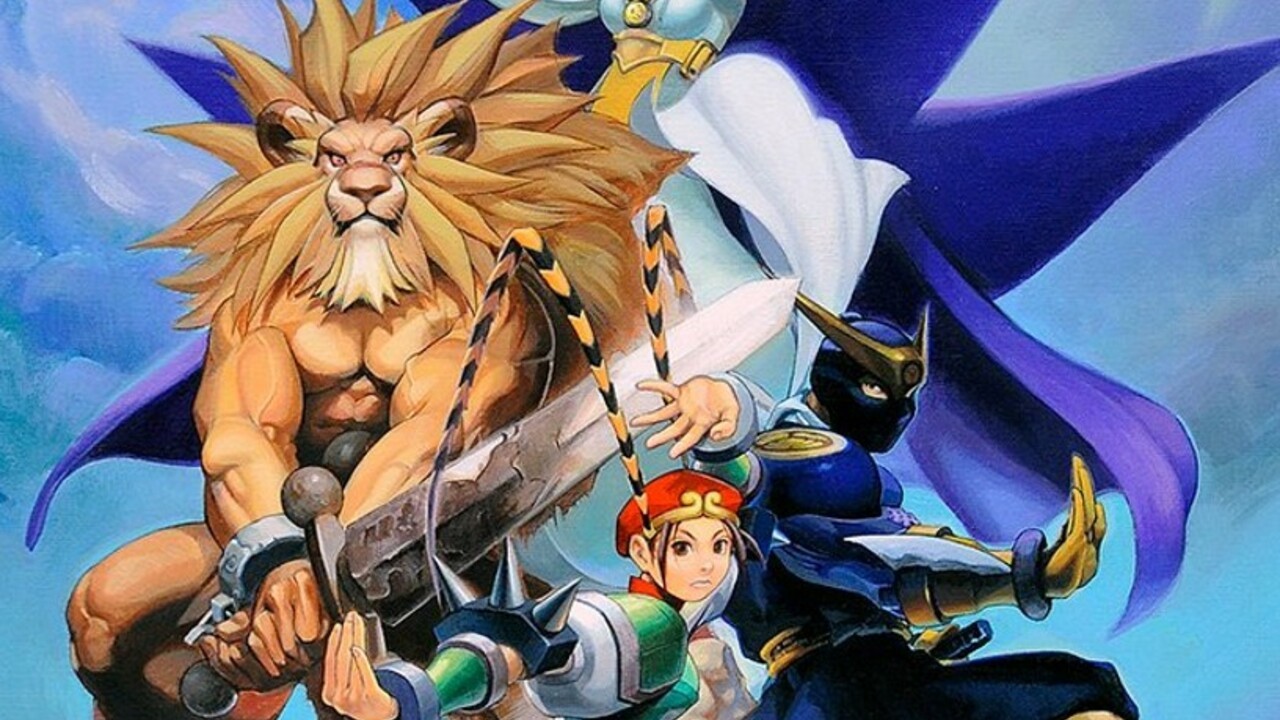 One of the things we always hope for with gaming compilations is that it’ll give us access to some otherwise rare and unlocalised titles that we haven’t had the chance to play before. Capcom Fighting Collection is doing just by including the first-ever official English release of Red Earth, a 1996 Japan-exclusive fighting game, amongst a handful of other popular titles.

Launching alongside two Pocket Fighter games and five Darkstalkers games, Red Earth stands out for its RPG inspirations, including its single-player ‘Quest Mode’ which lets players choose between four characters and fight a series of bosses. Each boss you beat nets you experience which you can use to upgrade character stats and even learn new moves.

In anticipation of the collection’s release next week, Capcom’s community and social media manager Andy Wong reflects on the upcoming rerelease for PlayStation.Blog. Wong talks about Takashi Sado — a producer on the original 1996 — and his thought process behind releasing a more-unique take on the fighting game genre at the time:

Takashi Sado, one of the producers of Red Earth at the time – and still at Capcom – started working on the proposal for Red Earth in the mid-90s. Since fighting games were growing increasingly popular at the time, he followed this trend and initially planned to make Red Earth just a fighting game. However, he was feeling that the skill level between fighting game players was growing where more casual players couldn’t keep up with more top-tier players. In order to bridge this skill gap, his team wondered if they could get creative and compensate for it by changing parameters, equipment, or other facets of the genre.

Wong mentions that Sado used his interest in fantasy action games such as the 1990 arcade game Magic Sword and the 1991 fantasy beat ’em up The King of Dragons to inspire work on Red Earth. Both of these games have progression systems, which Sado wanted to use in his new game.

Not only do characters level up in-game, but the four heroes, in particular, are also all based on recognisable RPG classes. Leo is a half-lion half-man warrior with a huge sword; Kenji is a fast and nimble ninja; Tessa is a mage or “sorcerologist” specialising in magic; Mai-Ling uses martial arts to take down her foes like a monk.

While Red Earth has made cameos in other Capcom games — such as Dragon’s Dogma: Dark Arisen and Street Fighter V — this is the first time we’ll get to officially play the game in English, and we’re excited.

You can read the whole post on PlayStation.Blog in the link below. In the meantime, let us know if you’re picking up Capcom Fighting Collection on 24th June in the comments below.

Tom Cruise Returns To CineEurope In Another Surprise Appearance, Tells Exhibitors: “I See A Bright Future For All Of Us”
Amy Schumer Fired Penn Badgley’s Wife As Doula, Too Attractive
Final Fantasy 16 Gameplay Will ‘Flow at a Breakneck Pace,’ Thanks to PS5
Harper Finkle in ‘Wizards of Waverly Place’ ‘Memba Her?!
UK Film & High-End TV Production Could Be Worth $9.4B By 2025 But Estimated 21,000 More Crew Needed To Meet Demand — ScreenSkills Study