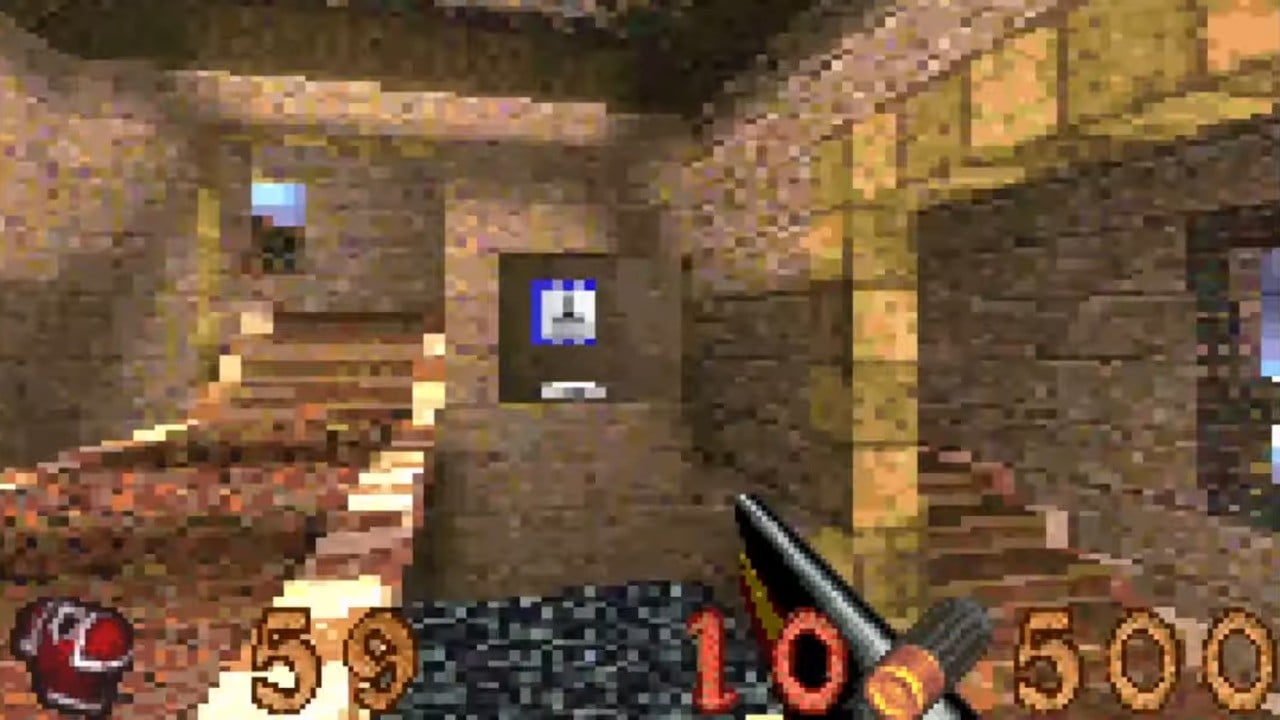 A bit like DOOM, id Software’s first-person shooter Quake has been ported officially (and unofficially) to just about every platform under the sun that’s capable of running 3D natively. Did you know though there was also a version in development for Nintendo’s 32-bit handheld the Game Boy Advance?

In 2002, Randy Linden – a veteran programmer known for the “impossible” SNES port of DOOM and the creator of the BLEEM emulator – was working on a Quake prototype for GBA. The video game archivists at Forest of Illusion have now been supplied with a working ROM of Linden’s prototype:

“This unreleased prototype we present to you today was recently discovered on a 256M Flash Card in Linden’s storage, and is certainly a far cry from anything else developed for the handheld.”

Today we have preserved a cancelled Quake port for the GBA! It was originally being developed by @RandalLinden. If that name rings a bell, Linden is a veteran game developer best known for the creation of the BLEEM emulator as well as the groundbreaking SNES port of Doom! pic.twitter.com/W87Lh6uGac— Forest of Illusion (@forestillusion) June 9, 2022

It’s worth noting this version doesn’t use any assets from Quake, but there is a version (that’s not been found yet) using id Software’s assets. As the GBA’s life began to come to an end, Linden repurposed this same engine to create his own game called Cyboid – another “high-speed” first-person shooter that’s playable on multiple devices including mobile.

This isn’t necessarily the first time we’ve seen the GBA punching above its weight. Earlier this year, a Tomb Raider fan managed to get the original Tomb Raider game up and running on this classic handheld via the OpenLara project:

What do you think of the above Quake prototype? Leave a comment down below.