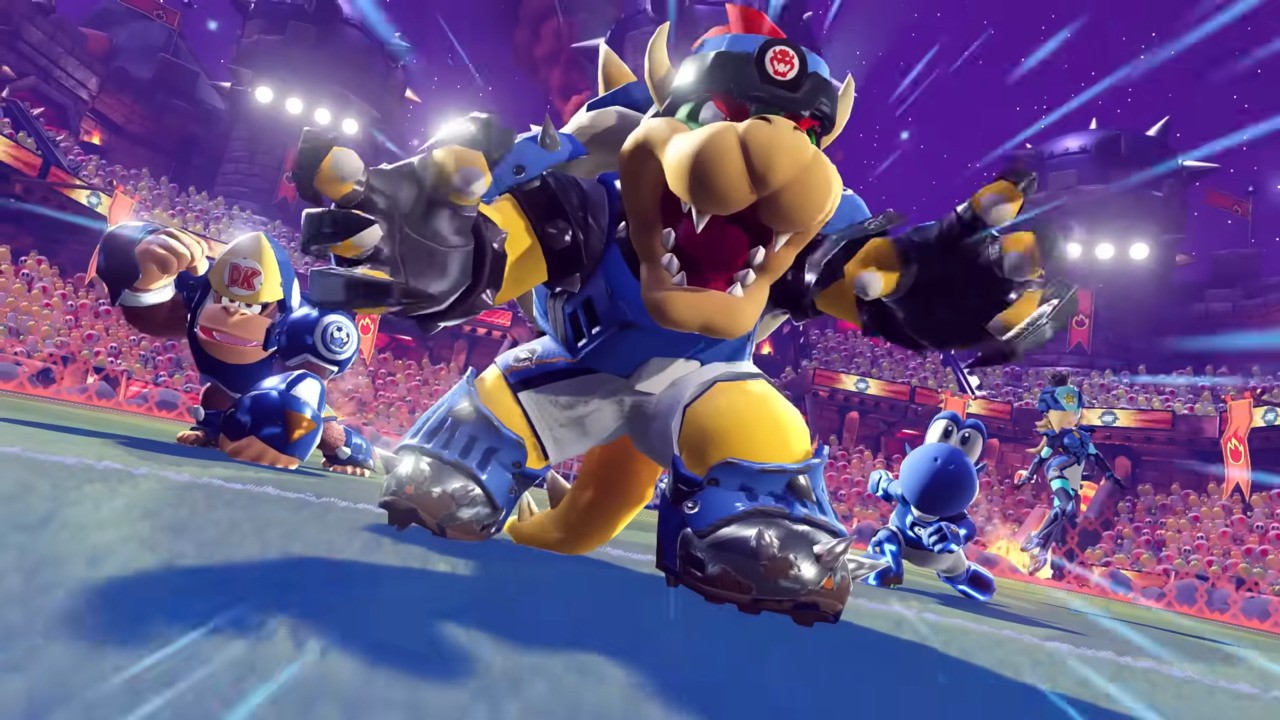 Mario Strikers: Battle League kicks off on the Nintendo Switch today and it seems a character potentially joining the game in some way or form may have already been discovered.

In the credits, the entire voice cast is seemingly revealed, and tacked on at the very end is Nintendo Treehouse’s senior director of localisation, Nate Bihldorff – also known as the voice of Shy Guy.

Every other voice on the list – from Charles Martinet (the voice of Mario and more) to Kazumi Totaka (Yoshi) – all appear to have a playable character assigned to their name except for Nate. While Shy Guy appear in the new entry as crowd members, they apparently don’t make any noticeable noises in the game.

Keep in mind, that this is just speculation for now, but it would make a lot of sense. Of course, Nintendo has also promised post-launch content for the game and a datamine has hinted at 10 additional characters:

Shy Guy last appeared in the 2007 Wii release Mario Strikers Charged as sidekicks. Would you like to see them return?