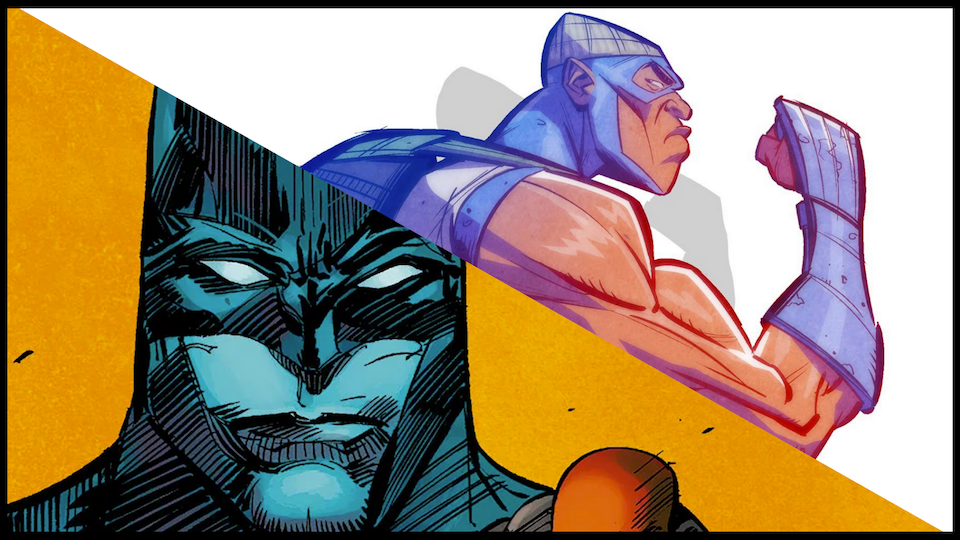 On June 15th, 2022, the Society of Illustrators, one of New York’s premier venues for showcasing the history and art of illustration will open its doors for “The Artist’s Experience: From Brotherman to Batman”, a 4-month exhibit celebrating Black comic book artists, curated by comic journalist and writer Karama Horne and Eisner Award-nominated artist and writer Shawn Martinbrough. We caught up with them for a preview.

What was the spark for this exhibit and what was the draw for you two to curate it?

Shawn Martinbrough: The Executive Director at the Society of Illustrators, Anelle Miller, approached me about curating a show that would feature Black comic book artists. I was excited by the idea and asked my friend, writer, and journalist Karama Horne if she would be interested and available to curate an exhibit with me. We brainstormed and developed the concept of “The Artist Experience”, which would not only feature top Black comic book artists but also provide an exclusive look into their creative processes.

Karama Horne: When Shawn initially asked me to co-curate, I was excited at the prospect of being able to showcase sequential art in a contemporary gallery setting. That is rarely done, and relatively unheard of for Black artists.

With so many great Black artists out there what was the process in choosing artists, what were the criteria for their inclusion?

SM: This was the most difficult part of curating because there are so many talented Black comic book artists to choose from and between Karama and I, we know quite a few of them. Due to the limited space and an extremely short timeframe to curate, we focused on a small number of artists with very different styles and unique approaches to sequential storytelling. It’s our hope that this will only be the first in a series of “Artist Experience” exhibitions so that we can feature many more artists in the future.

KH: It was very hard to narrow down the list, but the artists featured have either won awards for their illustrations or have created groundbreaking artwork which deserves to be recognized.

Covering a span of 30 plus years, this exhibit is a murderer’s row of mainstream and independent Black comic book creators including veterans Dawud Anyabwile, founder of the landmark Brotherman Comic, the longest-running, independently published American Black comic book, and co-founder of Milestone Media Denys Cowan, an Eisner Award-winning, DC Comics, and Marvel artist.

“The Artist’s Experience: From Brotherman to Batman” runs from June 15, 2022, to October 29, 2022, with a Juneteenth Opening Night Celebration on June 16th from 6 pm-9 pm at the Society of Illustrators located at 128 East 63rd Street New York, NY.

For Information and Hours Visit https://societyillustrators.org/