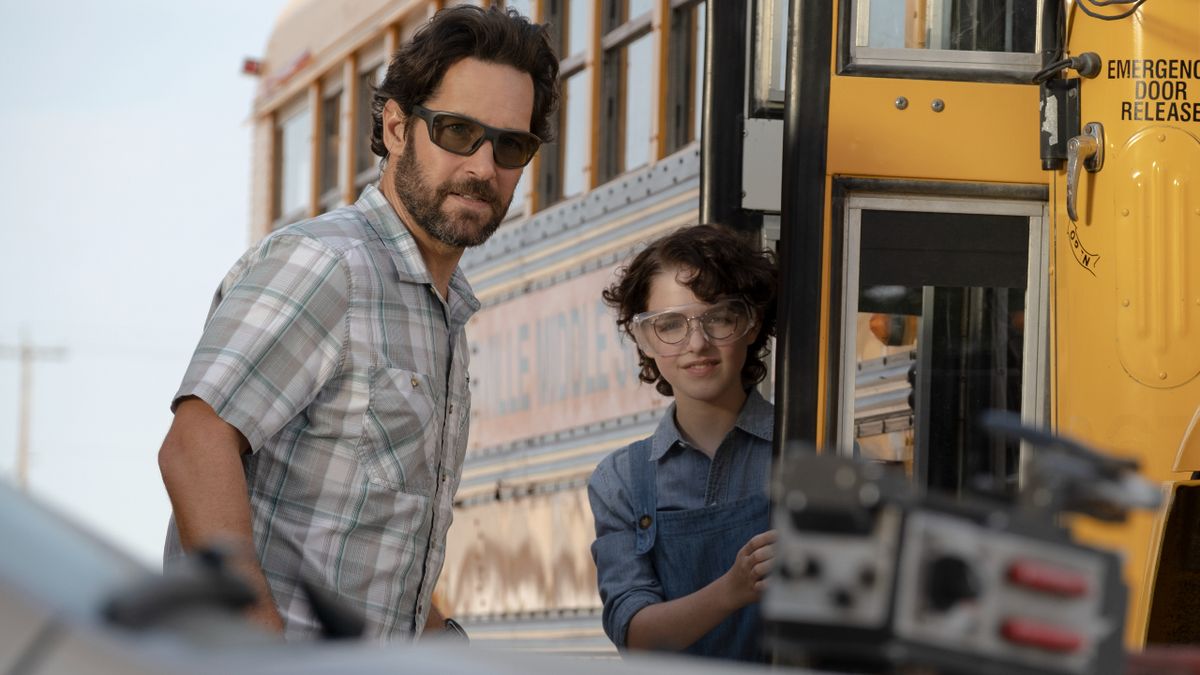 The spirit of the original Ghostbusters returned (figuratively and literally) this past fall when Ghostbusters: Afterlife hit theaters and became both well-received critically and a surprise box office hit. Following that success, writer/director Jason Reitman plans to keep telling stories about the Spengler family with an officially announced Afterlife sequel is in the works, a script is in development and another key detail about what’s to come.

CinemaBlend was present during Ecto-Fest, which took place on the Sony Lot in Los Angeles, California amidst Ghostbusters fans and press. During the event, Jason Reitman and Ghostbusters: Afterlife co-writer Gil Kenan took the stage to officially share that they are currently writing another Ghostbusters movie and it will follow the next chapter of the characters established in the recent film. And in even more exciting news, the story will be officially traveling to Manhattan next!

As Reitman and Kenan shared, when they were making Afterlife they used the codename “Rust City” but for the upcoming sequel their codename will be “Firehouse.” Get it? It will serve as a continuation to Afterlife‘s ending, where Ecto-1 was driving back to Manhattan  – as Kenan teased and reminded attendees is “the home of Ghostbusters.”

During the presentation, the Ghostbusters filmmakers did not reveal the film’s official title, but the word “firehouse” was shown in red bold letters alongside a drawing of the Ghostbusters firehouse to perhaps tease it being a central location to the next chapter. Ahead of their appearances, Ernie Hudson, who memorably plays Winston Zeddemore, also began the announcements with an appearance as well and teased this:

Back in April at CinemaCon, Sony officially confirmed that another Ghostbusters movie was on its way, but details were so thin it wasn’t clear about what exactly this would entail. Now we know it will be a straight sequel, and most definitely connect the dots of the after credit scene involving Ernie Hudson, where he tours his latest purchase, the original Ghostbusters firehouse. At the end of the movie, he said, “I may be a businessman, but I’ll always be a Ghostbuster.” Perhaps, he’ll really get back into it in the upcoming movie?

Along with a sequel to Ghostbusters: Afterlife, Reitman and Kenan also spoke about the Netflix animated series announced earlier today and a newly announced Sony Animation film in the works from a script writer Brenda Hsueh and directors Chris Prynoski and Jennifer Kluska. A new era for the franchise is certainly underway.

While speaking at the Ghostbusters Day event, the original Ghostbusters director Ivan Reitman also came up often, especially in the wake of the filmmaker’s recent death at the age of 75 in February. Jason Reitman, who is the son of Ivan, shared how the future of Ghostbusters remains connected to the director who started it all. In his words:

No release date has been claimed for the next Ghostbusters movie, but it’s certainly exciting to hear the Sony franchise is finally expanding in a big way. We’ll keep you updated here on CinemaBlend with more exclusive news about movies and television.