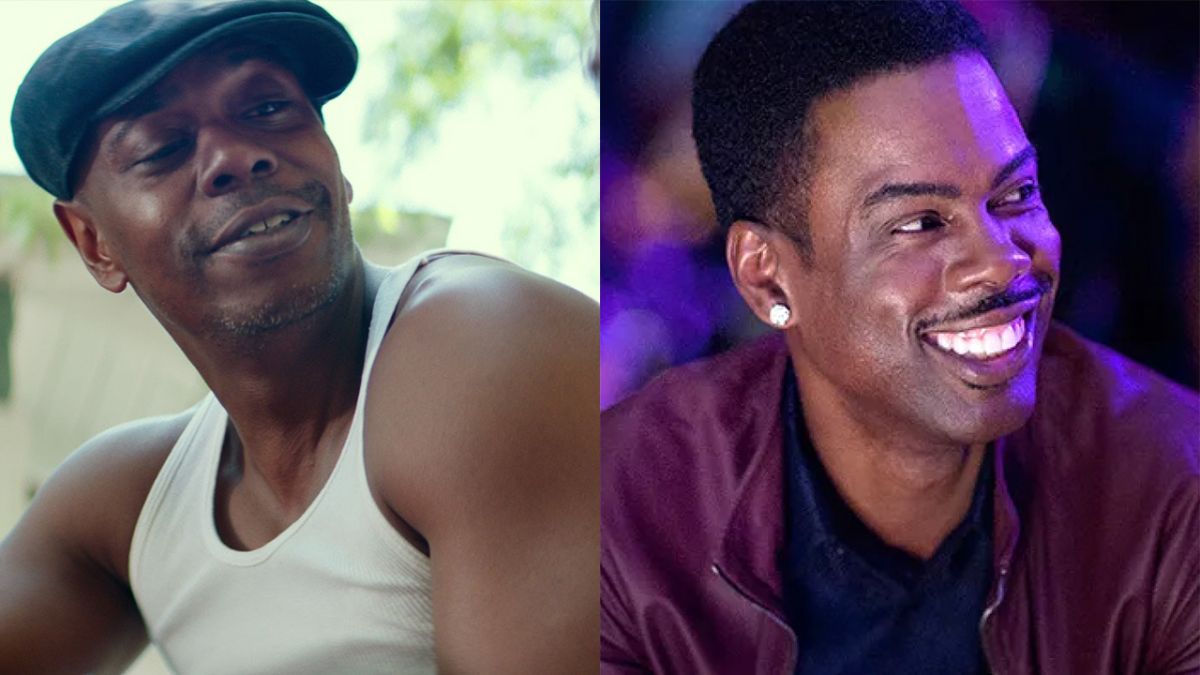 In news that feels pretty timely, comedy giants Chris Rock and Dave Chappelle will be performing a set of comedy shows together coming up. Both comedians made headlines this year after getting interrupted onstage. Rock was slapped by Will Smith in the middle of an Oscars comedy bit and an angry fan launched at Dave Chappelle during a comedy show at the Hollywood Bowl earlier this year.

News broke this week that Dave Chappelle is teaming up with Chris Rock for a show at the London-based O2 theater. The show won’t go down until September 3, but tickets will go on sale much sooner, with Ticketmaster noting a pre-sale for tickets started on June 9th and the full general sale starts on June 10. Only individuals over the age of 18 will be allowed to attend.

This isn’t the first time the two have shared a stage together since the two viral incidents. A couple of weeks back both Chappelle and Rock shared a stage stateside, popping up at West Hollywood’s famous venue The Comedy Store. Both joked about their respective incidents, with Chappelle ribbing Rock, whilst noting at least he was accosted by the likes of Will Smith. Dave Chappelle joked:

Generally, however, Chris Rock has not fully addressed what happened during the Oscars when he made a joke related to Jada Pinkett Smith and her hair resembling G.I. Jane, allegedly without the context that Smith suffers from alopecia. Will Smith stormed the stage and slapped Chris Rock in the face. Smith later won the award for Best Actor for his performance in King Richard. For his part, the actor and funnyman has not really explained his side of the story, but Rock has thrown out a few A+ jokes at his own expense.

One Wrinkle To Dave Chappelle And Chris Rock Performing Together

Separately, after the Chris Rock incident, Dave Chappelle was also attacked onstage by a perpetrator who was later arrested on four misdemeanor charges. While a lot of jokes have been bandied about, some comedians have spoken out about their being apprehension with performing, including Howie Mandel, who noted to E! the incidents were his “worst fear come true.” There has been discourse about nerves that have come for some comedians since the incidents happened.

Even well-known comedians have spoken out about the seriousness of the two situations, including Sarah Silverman. The Marry Me actress said in an appearance on The View that she’s not “scared” personally, but it is a moment that impacted the community.

While not everyone is nervous about what’s next, one interesting wrinkle for Rock and Chappelle taking the stage together is that they have had this shared history of attacks onstage. Doing this together does feel like a bit of a statement. Rock and Chappelle haven’t spoken a ton on record, but their shared upcoming performance will likely lead to a lot opinions and think pieces about recent events and what they might mean for stand-up comedy and the safety of comedians in general.

It makes me also wonder if more security will be implemented to ensure nothing like this happens again. Regardless, despite the gravity for both moments, it seems as if the two comedians are doing the best they can to move forward with light hearts after the respective incidents. Comedian Marlon Wayans recently revealed the slap in particular has been a huge topic of conversation within the comedic community and they’ve all got jokes and haven’t been afraid to throw ‘em at the 2022 Oscars host.

First Intel Arc A380 Desktop Benchmarks Are Disappointing
Poll: What Are You Hoping To See In The Nintendo Direct Mini?
2022 Max and Moritz Awards presented at Erlangen Comic Salon
How To Turn off PS5 Controller Lights
Lilo & Stitch Director Throws Family-Friendly Shade At Frozen Fans, And He’s Not Wrong