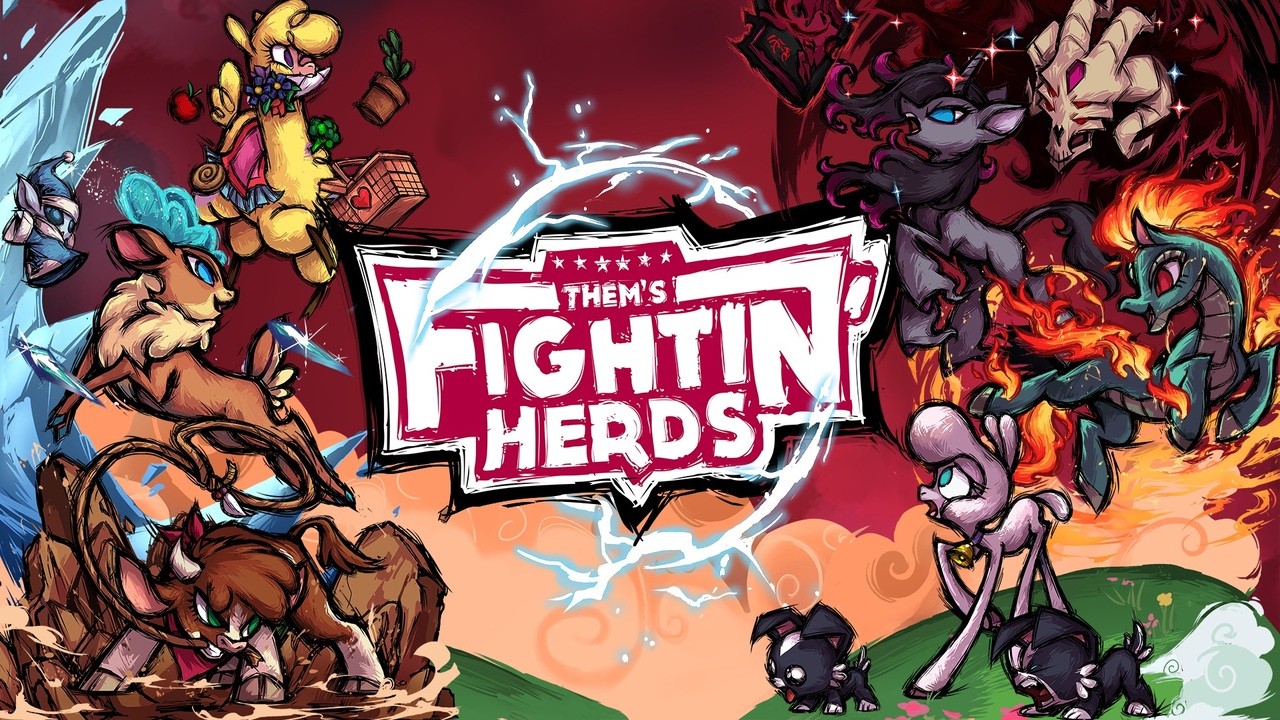 Mane6’s popular bovine beat ’em up Them’s Fightin’ Herds is finally coming to consoles! Published by Modus Games, this farmyard fighter sees a cast of cuddly hooved fighters duke it out with one another in a range of settings — all animal appropriate, of course. This announcement comes months after the game was rated for Switch by the ESRB.

The cast of adorable characters have all been designed by the producer and developer for My Little Pony: Friendship is Magic Lauren Faust, who was also the creator, director, and developer for DC superhero short series Super Best Friends Forever, and all of these four-legged friends come with some unusual and hilarious move sets.

Not only is the game coming to Switch later in the year, but Modus Games has also announced that more content will be coming to all versions of Them’s Fightin’ Herds in a Season Pass. The first pass will contain four brand-new DLC fighters, new stages, and some fancy cosmetics to dress your hooved herd of animal combatants. You can play versus mode locally, or hop online and take on players around the world with GPPO rollback netcode — let’s hope that feature stays in for the Switch port, as some previous fighters have come to the console without rollback, though Fantasy Strike and Skullgirls 2nd Encore are two examples that do use this.

You don’t have to pay with others, though. If you’re a lone sheep, you can play through an episodic story mode which takes you through a top-down adventure game with combat challenges along the way.

For a rundown on all of the game’s modes and features, we’ve pulled everything you need to know from Them

– 4-Button Fighting – A (Light), B (Medium), C (Heavy), D (Magic).
– Magic System – Emphasize your character’s special abilities through a dedicated button and unique resource.
– Enhanced Super Attack – Spend an additional bar of meter during your super for a bonus utility effect.
– Juggle Decay – An infinite-prevention system that increases a character’s gravity the longer they stay in a combo, managing combo length without imposing hard limits.
– Dynamic Music System – Rockin’ character themes adapt in the heat of the battle to make every fight feel like a clash of champions.
– Rollback Netcode – Battle across the globe with little to no input delay with the power of GGPO.

– Local Versus and Online Matchmaking – Play at home or fight worthy opponents on-demand.
– Tutorial and Training Modes – Learn the ropes with guided tutorials, or practice on your own with a fully-featured, data-rich training room.
– Sharable Combo Trials – Test your skills with premade combo trials or create your own challenges and share with friends!
– Replay System – Record your matches then review every detail frame-by-frame!
– Pixel Lobby – Join our visual lobby system which lets players freely explore and interact in a top-down themed environment with nostalgic style. Customize your avatar with cosmetic items earned through play!
– Salt Mines – Hidden within each Pixel Lobby, a contest that pits players against waves of NPC predators and each other, combining dungeon crawl with fighting game.
– Story Mode – An episodic adventure filled with exploration, combat challenges, minigames, and boss fights! Each chapter follows one character’s personal quest to recover a magical, legendary key that will save the world from the return of vicious predators, banished in an age past. Chapter 1 (starring Arizona) is available now, with subsequent chapters to be released in the months following, free of charge.

Given the game has been out for almost two years now, we imagine the Switch release will get all of the story mode chapters right out of the gate.

The game will also be getting a Deluxe Edition, which comes with the Season 1 Pass straight out of the box. Players who purchase the game digitally will be able to buy the pass separately. You can pre-order a physical version of the game from the Maximum Games Store right here.

To see the game in action, check out the trailer above, and have a look at Faust’s brilliant art in these lovely screens. Though we should maybe be worried about the kind of sorcery some of these animals are capable of… 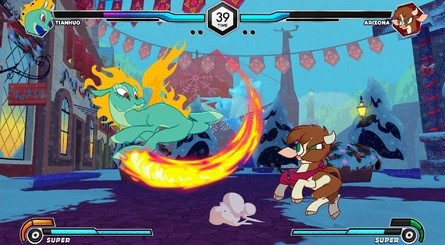 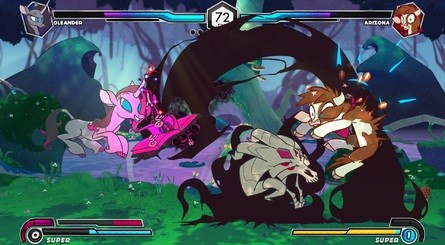 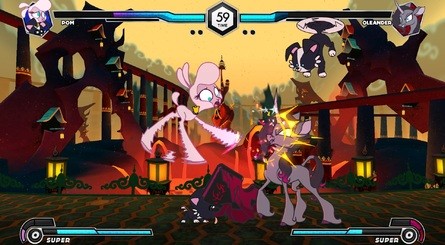 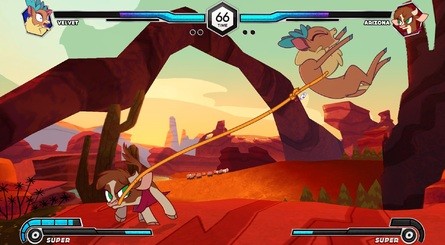 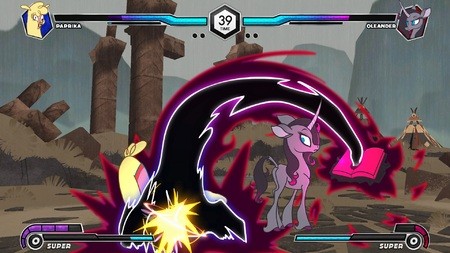 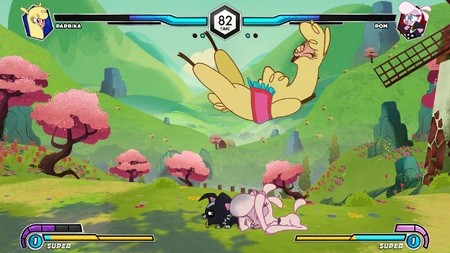 Let us know if you’ll be entering the ranch when Them’s Fightin’ Herds drops on Switch later this year!