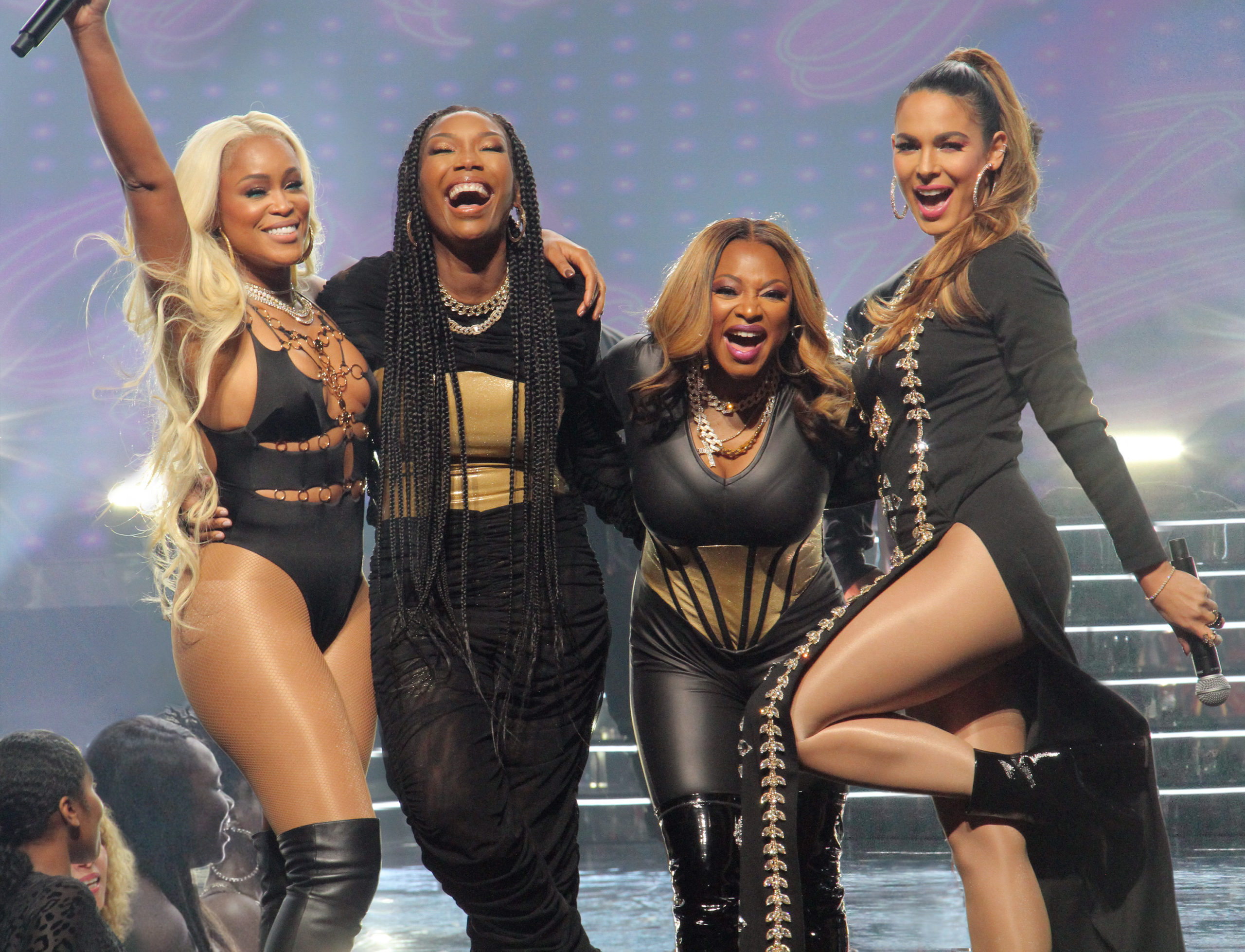 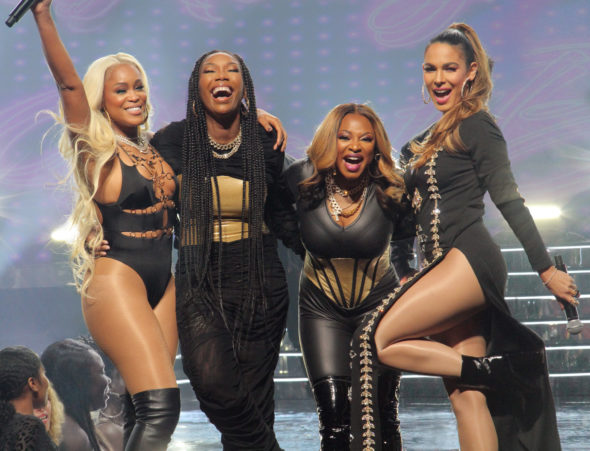 The ladies made a comeback but won’t return for the 2022-23 television season. ABC has cancelled the Queens TV show so there won’t be a second year. The first season of 13 episodes, which drew low ratings, finished airing in February.

A musical drama series, Queens stars Eve, Naturi Naughton, Nadine Velazquez, Taylor Selé, Pepi Sonuga, and Brandy. In the 1990s, the Nasty Bitches music group turned the world of hip-hop upside down. Their popularity skyrocketed with the success of their chart-topping single, “Nasty Girl”. Nasty Bitches was once regarded as one of the greatest girl groups of their generation but, despite critical and commercial success, the group was plagued by internal conflict and jealousy. The members are Brianna (Eve) aka Professor Sex, Jill (Naughton) aka Da Thrill, Valeria (Velazquez) aka Butter Pecan, and Naomi (Brandy) aka Xplicit Lyrics. Today, the ladies are in their 40s and are estranged and out of touch. Their former manager, Eric Jones (Sele), sets a reunion in motion and the women reunite for a chance to recapture their fame and swagger from their legendary past.

Airing on Tuesday nights, the first season of Queens averaged a 0.28 rating in the 18-49 demographic and 1.29 million viewers in the live+same day ratings (including DVR playback through 3:00 AM). It’s the least-watched scripted series on the network this season in the traditional ratings. In the live+7 day ratings, Queens drew an additional 61% and 43% in each category, averaging a 0.45 demo and 1.85 million viewers.

Deadline was first to report the show’s cancellation. Promised Land, which aired on Monday nights, was pulled after five episodes and sent packing to Hulu. It has also been officially cancelled.

What do you think? Have you watched the Queens TV show on ABC? Are you sorry to hear that it’s been cancelled and won’t return for a second season?

First full SHE-HULK trailer reveals Tatiana Maslany as the jade giantess
Amazon Prime Day 2022 Nintendo Switch deals: Here’s what to expect
Dead by Daylight: Designing The Dredge
‘Yellowstone’ Spinoff ‘1883’ Will Continue With Bass Reeves Story At Paramount+
Despite Its Name, GreedFall 2 Is Actually a Prequel for Consoles and PC