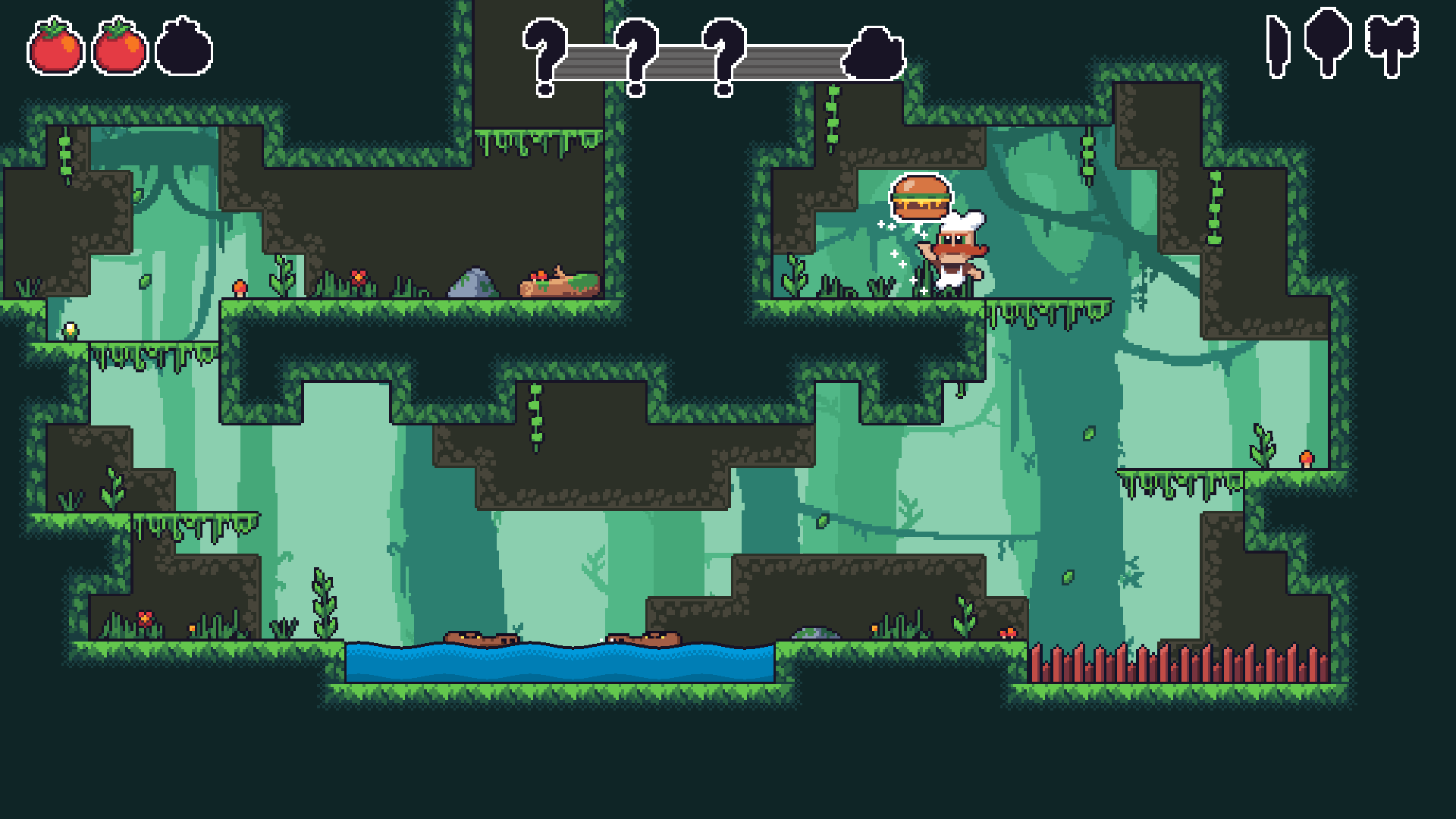 Holding out for the weekly Ratalaika Games release on the digital stores around the globe is a highlight of our week. You see, rarely do you know what you’re going to get, but you can be sure it’ll be cheap to purchase, pretty cheerful to play and full of glorious Xbox Gamerscore. The latest game to tick those boxes is Chefy-Chef, as the little guy looks to cook up a magical storm on Xbox, PlayStation, Switch and PC.

Available right now to purchase and download on Xbox One, Xbox Series X|S, PS4, PS5, Nintendo Switch and PC (Steam!), is Chefy-Chef. And nope, it’s nothing like Overcooked!, nor Cook, Serve, Delicious! 3?!.

This latest Ratalaika release has been created by BUG-Studio and will deliver you no less than sixty levels of platform goodness, as the titular Chefy attempts to navigate his way through a host of new, magical, worlds.

It’s Pineapple-radish salad which is this chef’s signature dish and in order to find success in these strange lands he’ll need to hunt down the relevant ingrediants (we’re guessing pineapples, radishes and further salad-styled components).

Of course, nothing is overly straightforward in the land that Chefy finds himself, but with special powers and rather unique cooking utensils, you’ll be able to help him climb walls, teleport and action the highest of high jumps. Do so and this chef will live to fight another day.

With secret burgers hidden throughout Chefy-Chef, there’s looking likely to be a decent degree of replayability too.

The key features include:

We’ll look to do the usual and grab our chef’s whites in the coming days, letting you know how we find Chefy-Chef as an Xbox game. If you wish to embark on a new journey though, head to the Xbox Store and take home a download on Xbox One or Xbox Series X|S. You’ll find Chefy-Chef making a decent dish of things on PlayStation, Switch and PC too. £4.99 is dirt cheap.

Pineapple-radish salad is a favorite dish of the Chef named Chefy. Once again approaching the refrigerator, Chefy magically finds himself in new worlds in which he has to find the ingredients for his favorite dish! Armed with your culinary skills and ingenuity, embark on this delicious adventure! Collect ingredients as you make your way through dense jungles, snow-capped mountains and a viscous swamp. Overcome 60 levels full of adventure and fun together with Chefy! Pick up unique cooking tools that will unlock superpowers for you, such as climbing walls with a sharp knife, teleportation with a frying pan and high jumps thanks to a cooking hammer! Search and collect secret burgers at each level, with which you can unlock new items in the Chef’s wardrobe.

Age of Empires III: Definitive Edition – Knights of the Mediterranean Available Today
God of War, Horizon, and Gran Turismo TV Series Coming to Netflix and Amazon
Source Close To Amber Heard’s Side Uses A Bicycle And Fish Analogy To Describe Why Johnny Depp May Not Be Called Back To The Stand
Review: Kao The Kangaroo – Rough Edges Can’t Ruin This ‘Roo’s Return
CSI: Vegas Season 2 Rounds Out Cast Following Two Big Exits