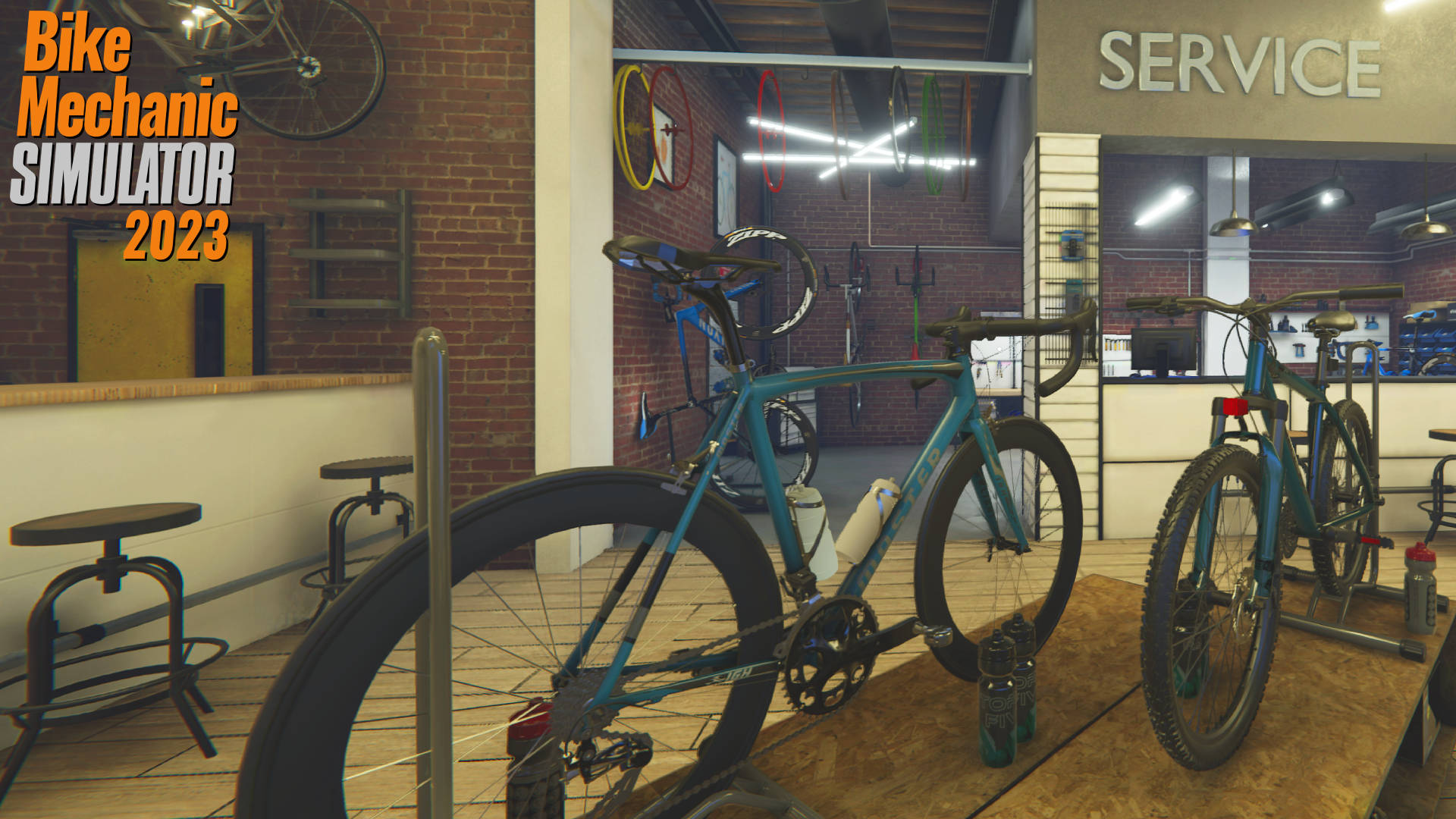 On the verge of the Giro d’Italia getting underway, just as the racing scene pops into the big cog for the year ahead, Ultimate Games have confirmed that Bike Mechanic Simulator 2023 will be coming to PC and console.

Due to release in early 2023 on PC, followed then by launch on Xbox One, Xbox Series X|S, PS4, PS5 and Nintendo Switch, Bike Mechanic Simulator is the latest ‘sim’ title to emerge from the Polish team.

This one is being developed by Punch Punk S.A. – previously behind This is the Zodiac Speaking – whilst the publisher will be Manager Games S.A., which belongs to the Ultimate Games S.A. group.

Bike Mechanic Simulator 2023 is – as you would probably expect – a realistic simulation where you take on the role of a bicycle mechanic. Shock. Horror.

The gameplay is based mainly on repairing, servicing and assembling unique bikes as part of your orders, as well as developing your workshop and testing out equipment. You’ll be given access to around a dozen different types of tools and repair stations, all as you channel your inner team mechanic and ensure that every bike that comes your way leaves in tip-top condition. As a game, it’s certainly a far cry from the annual Tour de France offering.

“This is the first project of its kind in the gaming industry. We highly appreciate realistic and relaxing gameplay. We approach the mapping of specific bicycle parts and repair processes with an excellent level of detail. That said, in some respects Bike Mechanic Simulator 2023 will also be simplified, because we want to provide players with a high level of playability,” says CEO Manager Games S.A., Tomasz Sobiecki.

The developers promise a wide variety of equipment, with bikes that range from city to mountain (MTB), and road variants – from simple models to ultra-modern high-performance designs. And if there’s not a Cervelo S5 in there, we’ll be having words.

In Bike Mechanic Simulator 2023, each bike model will consist of several dozen different parts, with the simulator providing plenty of realistic elements – for example, wheels of various sizes, many types of drives and shock absorbers, frames made from various materials, and unique technologies.

“Bike Mechanic Simulator 2023 will be an extensive and elaborate game. Of course, diagnostics and repairs are the main elements of it, but at the same time the player will have to see that his workshop is growing and everything is running smoothly. We also have interesting possibilities for testing bicycles in store for you – they are bound to diversify the gameplay even more,” adds Tomasz Sobiecki.

The main features of Bike Mechanic Simulator 2023 will include:

Keep an eye out as Bike Mechanic Simulator 2023 first drops onto PC in early 2023. It’ll then be arriving on Xbox Series X|S, Xbox One, PS4, PS5 and Nintendo Switch.

Check out the reveal trailer below. And hit up the Steam page if you like what you see.