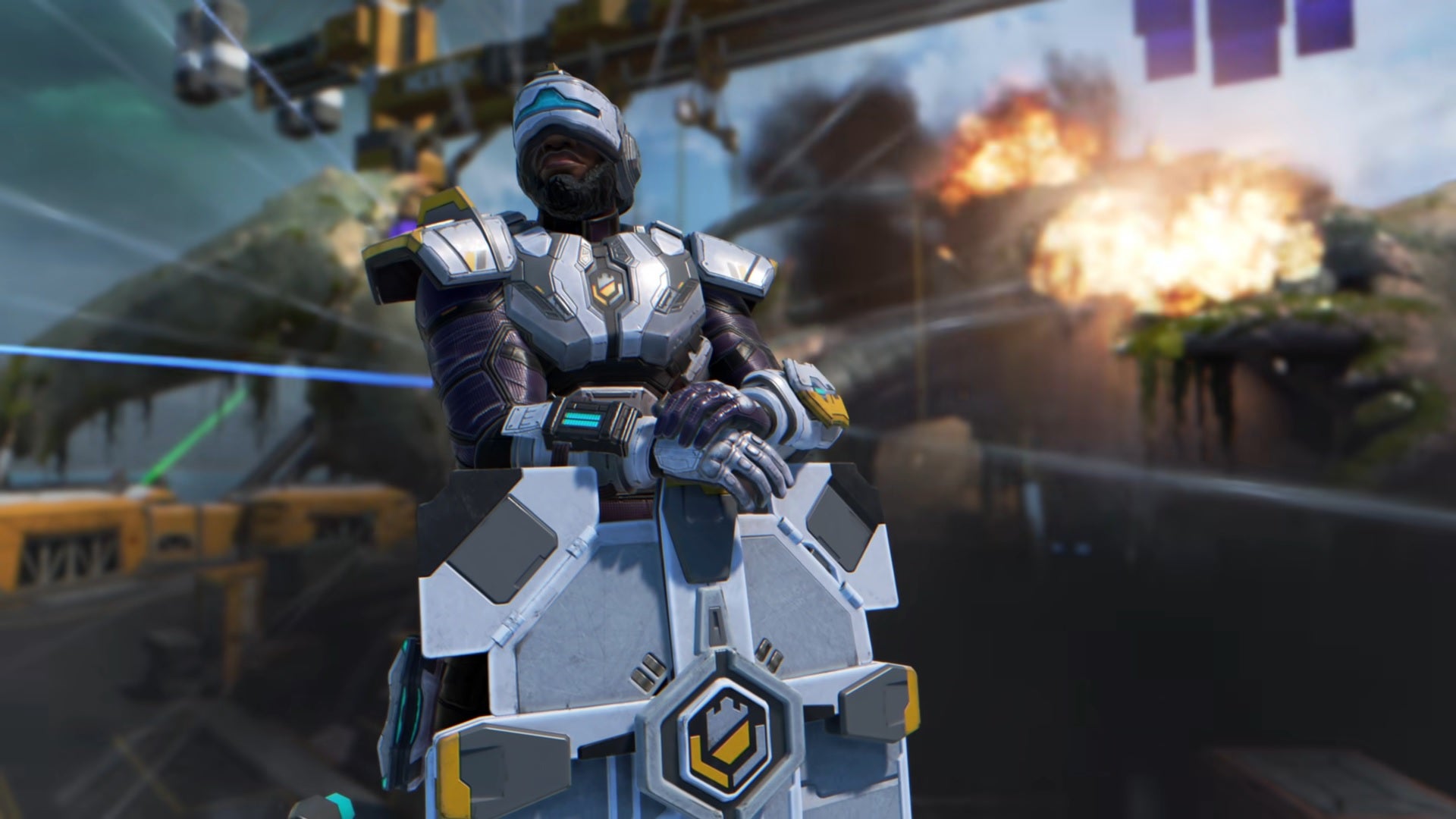 Newcastle, the newest Legend coming to Apex Legends with the release of the new season, has finally had their abilities detailed in the latest trailer leading up to the official release. A highly defensive legend that takes up a powerful support role in team compositions, Newcastle is able to jump to the rescue of his teammates unlike any other character in the game.

We’ve listed out his full kit below so you can get an early look at how Newcastle works ahead of the update on May 10, as well as some additional interesting info we learned about the character during an EA press event last week.

Newcastle is able to use his own portable shield to protect allies during a revival. This uses up the same charge as his own knockdown shield, so increases the value of these defensive items throughout the game if you’ve got Newcastle hanging around.

In addition, Newcastle is able to pull allies around while he revives them, allowing for tactical repositioning even in rough spots.

Newcastle’s tactical ability is a throwable energy shield that can be repositioned on command to respond to enemy movements, making it a highly versatile defensive option regardless of the situation. However you’ll have to be careful as this shield is split into two sections – the top and bottom – both of which can be destroyed. This means you’ll have to either watch your head or legs depending on which portion other teams take out.

Newcastle’s ultimate is an astronomical defensive option, allowing him to leap great distances and deploy a gigantic fortress around him and his allies. Enemies caught in the area near Newcastle’s landing spot are knocked back, and attempted to push through it results in damage and slowed movement speed.

This ability can be used on its own, but targeting a squadmate before using it greatly increases the distance and height Newcastle can leap before deploying his fortress. As such, it’s a great tool for coming in clutch and saving a mate who has gotten caught out.

Based on an old character concept for a Legend called Axiom, the initial thought process was to create a character who’d offensively push with shield charges according to character designer Devan McGuire. While cool, it apparently felt “selfish”, and didn’t really make sense in the context of Apex. However, once plans to add Jackson to the game were locked in, blending the idea of a defensive knight with Axiom’s kit formed the protective support we see in Newcastle today.

As for why the team wanted to make a defensive support hybrid right now, Devan elaborates that the team is currently looking at filling roles that are currently legend-less. Since there was no real option for players who wanted to play defensive and support their team, Newcastle was a great opportunity to provide this option and mix up the game and meta.

For more information on Apex Legends: Saviours, check out our coverage of the new map changes coming to Storm Point in the new season, as well as the recent trailer that dove into Newcastle’s backstory.

Feature: Backlog Club: Week Two, May – Getting SNEStalgic With Earthbound
PREVIEW: Christophe Chabouté’s YELLOW CAB adapts Benoît Cohen’s NYC memoir
Nvidia RTX 4090 Specs Get Downgraded, Slated For July Arrival
Marvin Josephson Dies: Founder Of ICM, Powerhouse International Agency, Was 95
Everything Everywhere All At Once Star Michelle Yeoh Revealed How She Called Out Jackie Chan After He Passed On The Role