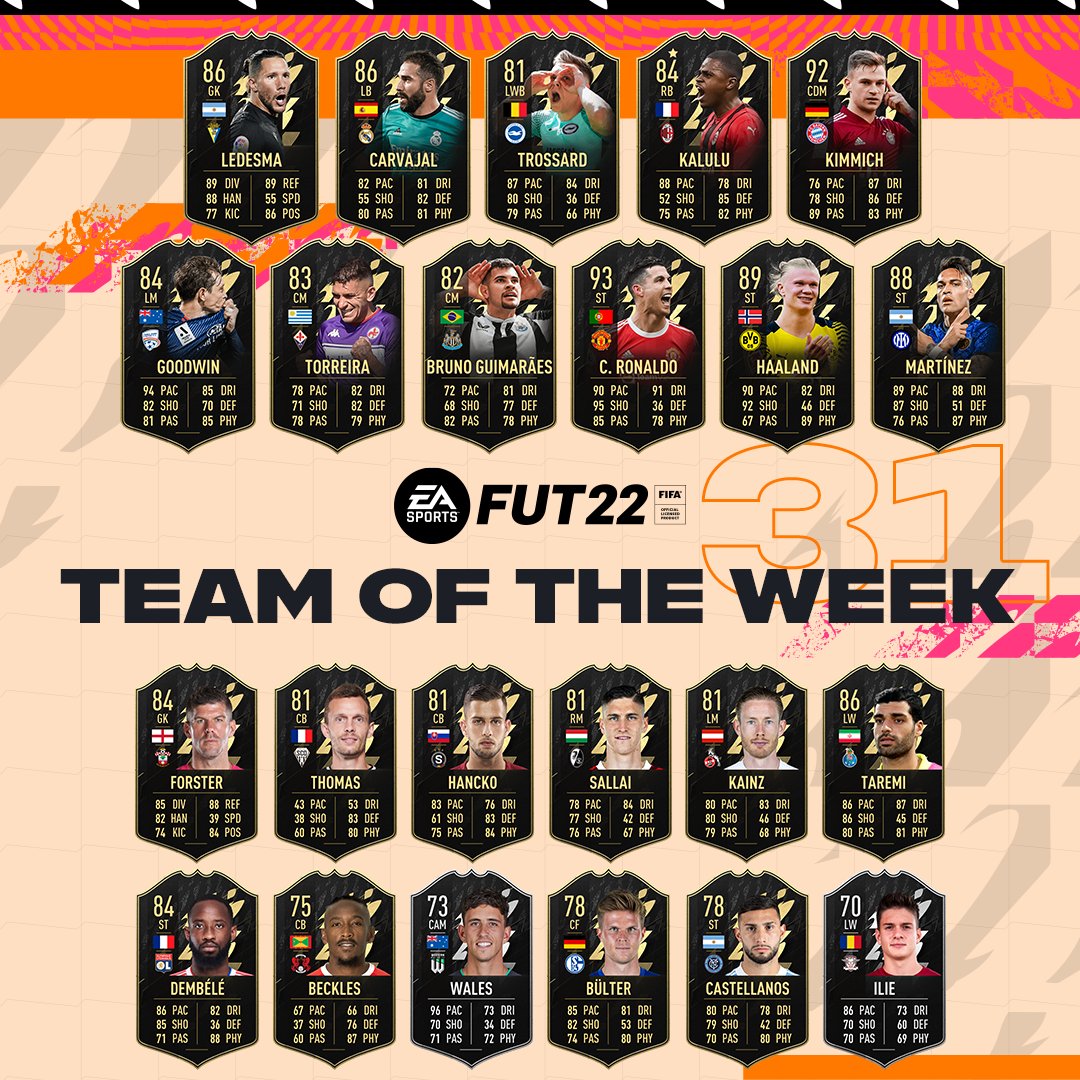 If there are two names in world football that any manager would want in their team, it’s those of Cristiano Ronaldo and Erling Haaland. If you’re a FIFA 22 Ultimate Team manager, TOTW #31 gives you the opportunity to add those two to your squad.

The latest FIFA 22 Team of the Week (TOTW) is here and if you’re looking to bolster your Ultimate Team squad with some of the best players in world football, TOTW #31 will sort you out. CR7 is in the house, as is Erling Haaland, whilst the likes of Joshua Kimmich and Leandro Trossard are holding up the back line. We’re also massively excited to see big Fraser Forster on the Subs Bench, after one of the finest goalkeeping displays for Southampton as he held out Arsenal pretty much on his own.

TOTW #31 is available right now for the best part of the next week. Let us know who you decide to add into your team.

You’ll need a copy of FIFA 22 on either Xbox, PlayStation or PC in order to make the most of Ultimate Team and the Team of the Week superstars.

Huge thanks as always go out to Fifplay for the correct player and team names.

Final Fantasy-Inspired PlayStation-Exclusive Lost Soul Aside Isn’t Dead After All
NBA Quietly Returns To China’s State-Run TV For Playoffs, First Games Since Oct. 2019
‘Downton Abbey: A New Era’ Debuts With $1M In Thursday Previews
Alright, you tell me how you would organise these keys
PS How? How To Play PS5 Games on PS4