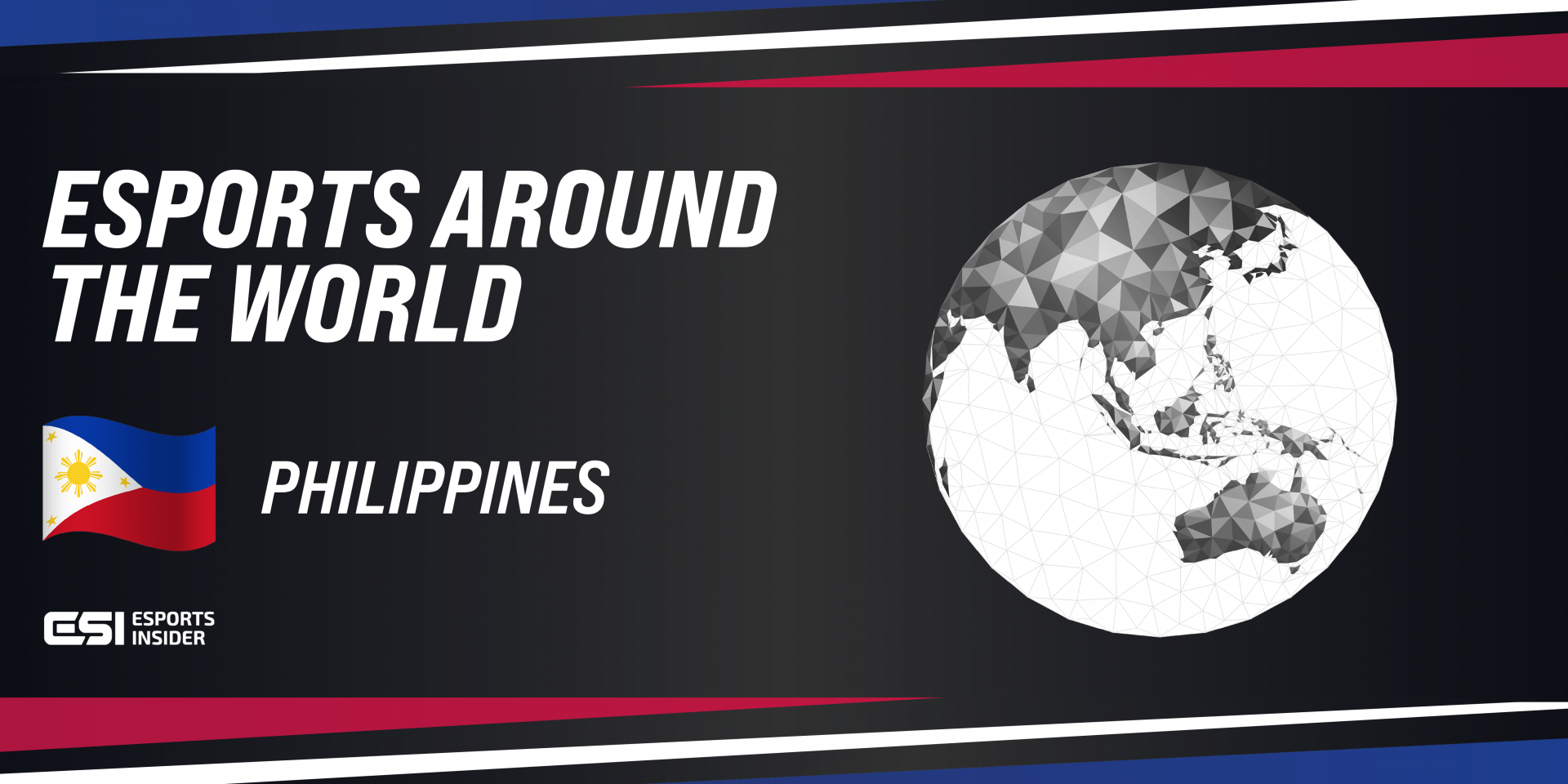 Esports Around The World is a series of profiles outlining the esports ecosystem in various countries globally. The series ties into our ESI Washington DC event taking place 16-18th May 2022, which will focus on esports’ growth around the world. The event will include a first-of-its-kind embassies tour alongside ESI’s trademark combination of networking, education and debate. Find out more here.

The Philippines’ presence in esports has been notable since the beginning of the last decade. Although its international accolades are limited, the size of the audience and market makes it a significant esports nation.

Like most nations in South and Southeast Asia, the Philippines is a mobile-first nation when it comes to esports, largely due to the lower barriers to entry involved in mobile gaming. However, what makes its esports demographic unique is its affinity towards MOBA titles.

The Philippine Games and Amusement Board (PGAB), which is under the Office of the President, officially recognised esports as a legitimate sport in the Philippines in 2017.

This allows professional esports players to secure their own athletic licenses, providing more freedom for players to participate in international tournaments to represent the country.

As a predominantly mobile-dominated country, most of the major tournaments in the Philippines are mobile esports tournaments. Despite this, and due to mobile esports’ massive growth in recent years, a number of tournaments offer sizeable prize pools — especially by domestic standards.

Lyceum of the Philippines University (LPU), a Manila-based Philippine university, offers a Bachelor of Science in Esports. The four-year degree is offered in partnership with Blacklist International-owner Tier One Entertainment, who helped develop the curriculum. The programme offers two ‘tracks’ — Esports Management, and Game Design and Development.

RELATED: Esports Around The World: Isle of Man

The Lincoln Lawyer Reaches No. 1 In Netflix Weekly Streaming Rankings
Florence Pugh Calls Out Gossipers After Vacation Pics Of Her With Midsommar Co-Star Spur Dating Rumors
Angelyne Says She Hates Anyone Playing Her, Doing Her Own Film Now
Zerograve is an arcadey Descent in a technicolour dronecoat
Peter Pan’s Arc in ‘Rescue Rangers’ Compared to Bobby Driscoll Tragedy