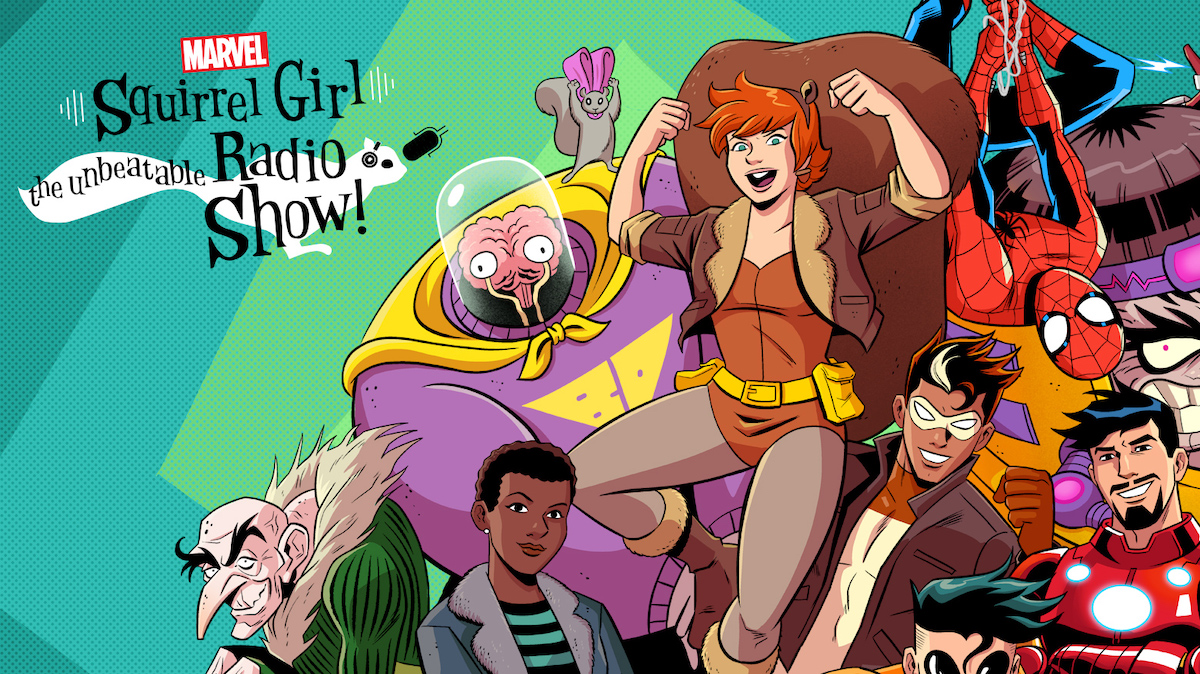 In a surprise release, Squirrel Girl has returned… now in podcast and Infinity Comic form! The butt-kicking, nut-eating version of the hero made her debut in the panels of The Unbeatable Squirrel Girl (2015) from Marvel Comics by Ryan North, Erica Henderson, Rico Renzi, Clayton Cowles and Travis Lanham (with Derek Charm taking over on art later in the title’s more than fifty-issue run(s)).

Now, Doreen Green will headline a podcast sequel that takes the form of a call-in show features the cast of characters that series introduced.

In addition to writing all six episodes of the podcast, the first episode of which you can listen to now on SiriusXM and other platforms, North also scripted an Infinity Comic tie-in for the series. Featuring the return of Charm, Renzi, and Lanham (not to mention the Twitter-style intro featuring Henderson’s character avatars), you can read the tie-in right now on Marvel Unlimited.

An especially exciting facet of the casting is that Koi Boi, a trans super hero, is being voiced by Sheng, a queer trans man.

Plus, as you can hear in the trailer above, Squirrel Girl finally gets her own theme song! Sure, it isn’t based on the tune of a certain Spider-themed hero’s distinctive jingle, but you really don’t want to mess with someone whose copyright lawyer was hired by Doctor Octopus during the Superior era.

The podcast was written by North, directed by Giovanna Sardelli, and features original music by Justin Huertas and Steven Tran. The first episode of The Unbeatable Radio Show!, “The Fate of My Universe,” featuring guest star John Hodgman, is available on SiriusXM and other podcast platforms now. If you’re a Marvel Podcasts Unlimited subscriber, you can also already listen to the second episode, “Spider-Sense Didn’t Even Tingle,” plus behind-the-scenes content featuring Vayntrub and Lucas-Perry.

Out today on @MarvelUnlimited, the whole gang’s back with a brand new Unbeatable Squirrel Girl story bridging the gap between our series and her NEW PODCAST (also out today!) https://t.co/3hBUikZ8NT pic.twitter.com/jcxLnNLVVm

Will you be listening to The Unbeatable Radio Show!? Have you read the Infinity Comic yet? Have you called in to the show at (646) 647-3243? The Beat wants to hear from you! Give us a shout-out, here in the comment section or over on social media @comicsbeat.