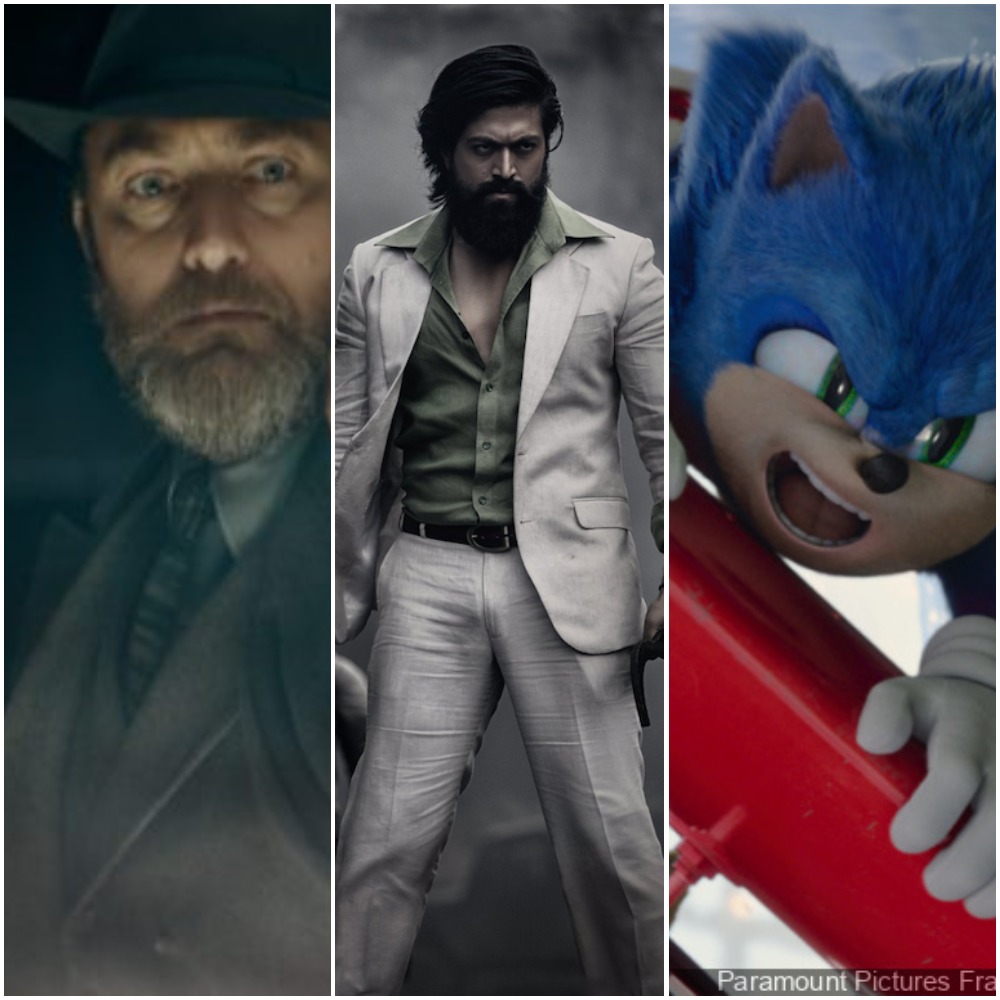 Refresh for latest…: It’s no secret that Warner Bros’ Fantastic Beasts: The Secrets Of Dumbledore had a less than magical opening domestically this weekend, coming after early overseas rollout began last frame. Still, offshore this weekend, the threequel was again the top movie and ranked No. 1 in 52 markets, including 41 of the 44 new openers. The overseas sophomore frame added $71.7M for a cume of $150.4M, bringing global just shy of $200M at $193.4M. In like-for-likes Dumbledore is running 38% behind the previous installment and 42% off the original.

The Fantastic Beasts franchise is more of an international play, though Secrets Of Dumbledore is coming off a previous entry (The Crimes Of Grindelwald) that didn’t really inspire, and left something of a nasty hangover. There’s also clearly money being left on the table given Hollywood is not releasing in Russia, and China is half shut. There are holidays overseas and word of mouth on what is considered a better film which could help going forward. With regard to the previously stated five-picture series, it remains to be seen how that plays out. Is there enough in the tank on these expensive movies to move on? Time will tell, and, as we understand, it will also involve how Harry Potter creator JK Rowling feels going forward.

In the meantime, let’s break down the weekend on Dumbledore and crew. France opened to No. 1 with $7.1M and nearly 50% of the marketplace, roughly on par with The Batman, but 33% behind Grindelwald. Mexico likewise scored $7.1M, but came in far higher than the previous films and logged WB’s second-biggest pandemic opening. Germany held FBTSOD at No. 1 in the sophomore session and has now grossed $17.1M; Brazil bowed to $4.7M, on par with the previous two FB movies. Japan after two weekends is at $17M.

Overall, the movie is tracking 26% ahead of Dune and slightly behind The Batman (which crossed $750M global this session). IMAX added $3.4M internationally for a $13.8M global cume. Further markets to come include the Middle East and Hong Kong this week.

Meanwhile, India has yet another hit on its hands with Yash-starrer KGF: Chapter 2. From filmmaker Prashanth Neel, it released Thursday and has made an estimated 445 crore ($58.3M) through Sunday, according to analyst Jatinder Singh of local site Pink Villa. This would make it the second biggest four-day opener after Baahubali 2 in 2017. Comparatively, recent smash RRR bowed to 342 crore across three days (398 crore including the Monday). Globally, KGF did an estimated 545 crore ($71.4M), overtaking RRR on a three- and four-day basis. Baahubali 2 holds the worldwide record at 600 crore over four days. (Note that India grosses are difficult to collar and will be updated.)

Originally in the Kannada language, KGF also went out in Hindi, Telugu, Tamil and Malayalam versions. It’s reportedly making hay in all local markets, and is playing particularly well in its Hindi version. Another Indian title, Beast, starring Master’s Vijay, is seeing a $17.8M India weekend and $26M worldwide.

Turning back to the studios, Paramount’s Sonic The Hedgehog 2 is still speeding along, grossing another $25M from 54 markets for a 31% drop. The international cume has crossed $100M with $112.2M through Sunday. Leading play for the little blue guy was Mexico with an additional $3.7M in the sophomore frame. The cume there is now $12.7M. In its third weekend, the Jeff Fowler-directed sequel dipped just 25% in the UK which is the top market overall at a $21.6M cume. After the UK, the Top 5 is rounded out by France ($11.4M), Australia ($9.2M), Brazil ($6.6M) and Spain ($5.6M). Sonic hightails it to Poland, Malaysia and India next week and treks to Japan on August 19.

With expanded rollout, Paramount’s Sandra Bullock/Channing Tatum romantic comedy adventure The Lost City found $10M in a total 33. The film is now playing in 43% of the overseas footprint and has a gross offshore cume of $20.4M. The UK was the best debut this session at No. 2 with $3.5M while Australia took the No. 1 slot with $3.3M. The next markets to open are France, Brazil, Mexico and Korea this week with Japan on June 24.

And, Universal/DreamWorks Animation’s The Bad Guys, ahead of its domestic release, crossed $50M internationally after a teeny 20% drop.