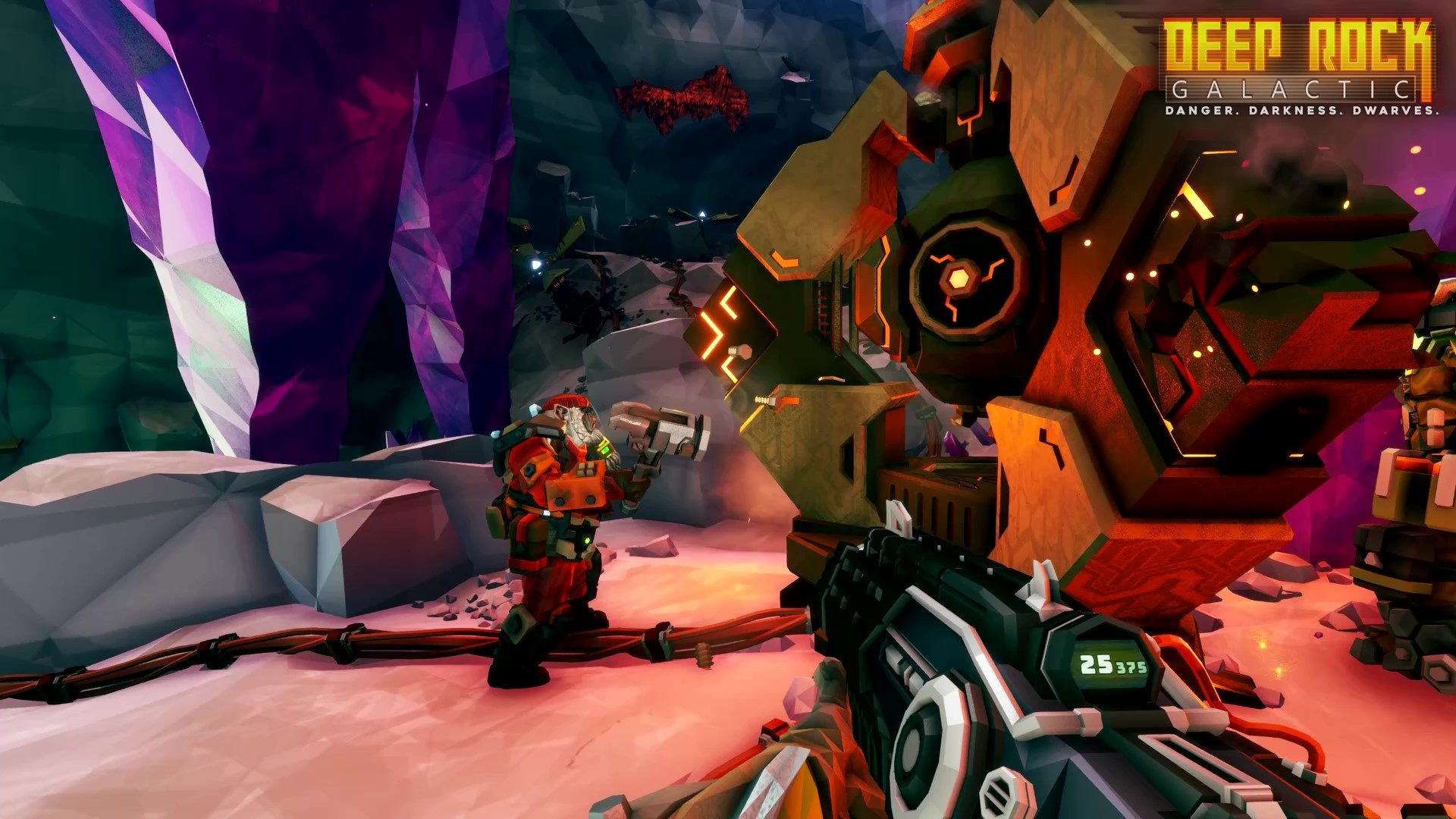 Deep Rock Galactic, a co-op game about dwarves in space mining minerals and fighting bugs, has been out on PS4 and PS5 for a couple of months now. And it has been amazing seeing so many new players join us in the caves of Hoxxes. Whether you picked up the game while it was available with PlayStation Plus, or you recently bought it, welcome!

The PlayStation release of DRG happened during our very first season in the game, and we will soon release our second season on May 5: Season 02 – Rival Escalation. This season includes four new Secondary weapons, and that gave us the opportunity to design them with the DualSense wireless controller in mind from the start.

Haptic feedback helped bring home the feeling of power to each gun. Take the Coil Gun in this new Season: Although small and compact the gun packs a lot of power. And with haptic feedback we could really get the point across with increasingly stronger pulsing during the charge phase, communicating the unstable, high amounts of energy, which releases with a huge kick.

The Boltshark was the more subtle one of the bunch and benefited greatly from the finer details possible that the haptic feedback provides. Although it is quieter than the others, it gave us more room to emphasize the small details of the crossbow parts clicking, bolts being put in place and the string slapping against the barrel when firing.

The Shard Diffractor was the simplest of the bunch design-wise, shooting a persistent laser with so much power the player can barely stand on their feet. However, conveying that power over such a long time through rumble would be too much compared to other engineer secondaries. We decided to go with a softer rumble on the beam and put emphasis on the power of the impact. Because of the detail of the haptic feedback, the strong impact gives a sensation of power.

The wave cooker was very different from the other weapons, sporting no projectiles at all, but instead working as a dangerous flashlight. Therefore we wanted to bring forth the feeling of small parts moving around inside the gun while it fires, without drowning out the general vibration from the weapon. Which is a level of detail the haptic feedback makes possible.

The DualSense controller really helps us make each weapon feel different in-game. When designing each, every aspect of development goes into emphasizing the feel we want the player to get when firing it. From the mechanics, models, animation, sound, effects, etc. We also make Overclocks for each weapon that lets players customize the effects of each weapon through tradeoffs.

The most extreme type of overclocks, Unstable, helps us emphasize the theme for each weapon. Each of the weapons above comes with new overclocks. An example would be the Blistering Necrosis for the Colette Wave Cooker, which has a chance to spawn weak points on enemies you hit, while also increasing the heat generation and decreasing the cooldown rate.

Season 02 comes out on May 5 on PS4 and PS5. We are looking forward to you getting to try out these new weapons and experience how the DualSense controller really brings each one of them to life.