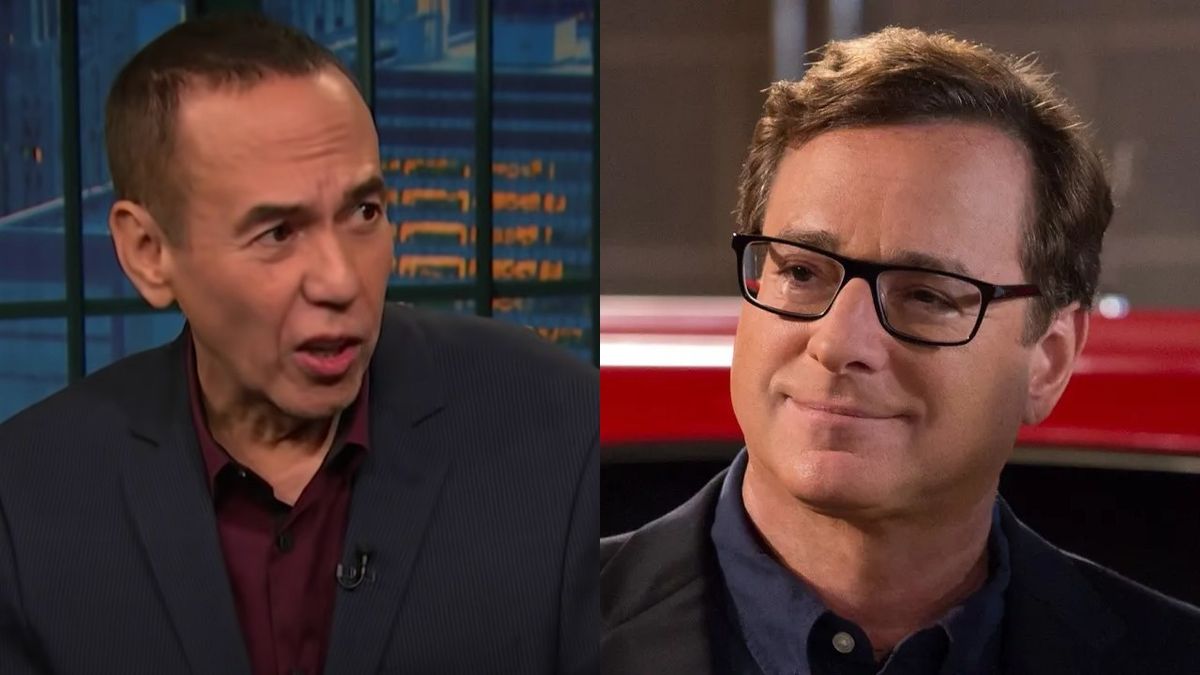 The comedy community and public at large continues to mourn the loss of Gilbert Gottfried, who died this past week at age 67. The comic’s death was confirmed by his family and, since then, fans and celebrities like Jon Stewart and Seth MacFarlane have paid loving tribute to the late performer. Comedian Jeff Ross is one of the stars who has been particularly vocal about Gottfried’s legacy and was one of the many to attend his funeral. With this, he opened up about the “heartwarming” moments from the service, including the fact that Bob Saget’s family attended.

Gilbert Gottfried’s funeral was held on Thursday in Westchester, New York and was followed by a “star-studded” shiva attended by Sarah Silverman and others. Jeff Ross opened up to People about how emotional the day was. Aside from reflecting on the eulogy he gave, he also couldn’t help but point out that Bob Saget’s widow, Kelly Rizzo, and three daughters were also there, alongside some other very close friends:

While it’s nice to hear that so many people attended the funeral, it’s especially sweet to hear that Bob Saget’s family were there to show support. Saget, who sadly passed away at 65 back in January, was good friends with the SNL alum. As a matter of fact, following Gilbert Gottfried’s death, fans began revisiting a photo that he previously posted, which shows him alongside Saget and Louie Anderson, who also died in January.

Kelly Rizzo, who’s been reflecting on her time with her husband as of late, was one of the many to take to social media to pay tribute to the shrill-voiced comedian. She made note of her husband’s friendship with him and shared a screenshot of a photo once posted by the Aladdin star. Check it out for yourself down below:

Bob loved Gilbert so dearly, they had a special friendship. As he did with everyone in this photo. And sending my love to my wonderful friend Jeff as Gilbert’s loss is beyond painful for him. Thinking of Dara his amazing &strong wife right now. Much love & support to his family. pic.twitter.com/P5QLoK9vjcApril 13, 2022

Gilbert Gottfried, like many of his colleagues, was certainly generous when it came to showing compassion to the Saget family following his death. So it’s nice to see that the love is being returned during this time. The comedy world has seen some major losses in the last few months alone, though the support that’s been shown whenever a loss happens has been truly amazing to see.

Given how influential they were in the comedy sphere, it goes without saying that both Bob Gilbert Gottfried and Bob Saget will be truly missed. And we here at CinemaBlend wish both families the best as they continue through these periods of transition.